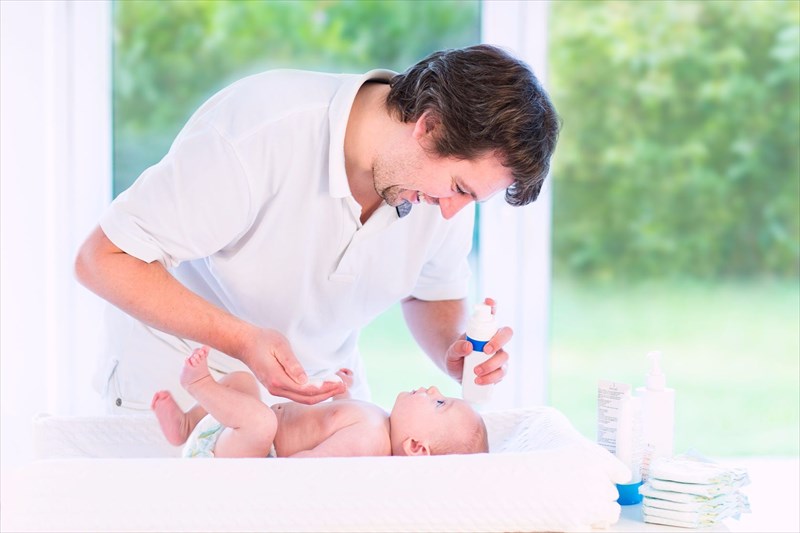 Who is at risk of developing nappy rash?

Up to a third of children under the age of 2 can develop nappy rash. Newborns who are breastfed are at lower risk of experiencing nappy rash as their diets are not normally highly acidic. Even if exposed to a diet that is low in acidity, a breastfed infant or toddler who wears a nappy can still develop a rash for any of the other above-mentioned reasons.

Nappy rash in babies is generally not problematic until the age of 3 weeks. Risk is highest for babies between 3 months to a year, particularly once they begin solid foods. It has been known for nappy rash to be passed from infant to infant (sharing an unclean nappy).

How long does nappy rash last?

With proper care and hygienic treatment, rashes clear up within 3 days. If the rash does not heal with treatment, a fungal yeast infection (Candida) could be the main cause.

In this case the rash becomes bright red and raw, and the inflamed nappy area can be large and covered in red dots. It is best to seek assistance from a medical professional to determine the cause and sufficiently treat the infection.

Do babies get nappy rash when teething?

A nappy rash is a common occurrence during a baby’s teething stages, and has been known to worsen. It is not clear why teething and nappy rash are so closely (and commonly) linked.

One thought is that during teething the baby produces more saliva in the mouth. This then has an impact on changing the nature of the baby’s poo / stools. Faeces (or stools) are one of the main concerns which cause an infection when touching this sensitive area of skin for too long.

Is nappy rash a fungal/yeast infection?

When the skin begins to show signs of inflammation caused by irritants in a dirty or soiled nappy, Candida albicans (Candida) can grow, resulting in a fungal infection. A fungal nappy rash is particularly unpleasant, even painful, as the skin ‘stings,’ particularly while wearing a soiled nappy. It is very important to change nappies (diapers) frequently.

PREVIOUS Nappy rash - Diagnosis, treatment and prevention
Back to top
Find this interesting? Share it!