Does my blood type impact my risk of diseases and other conditions? 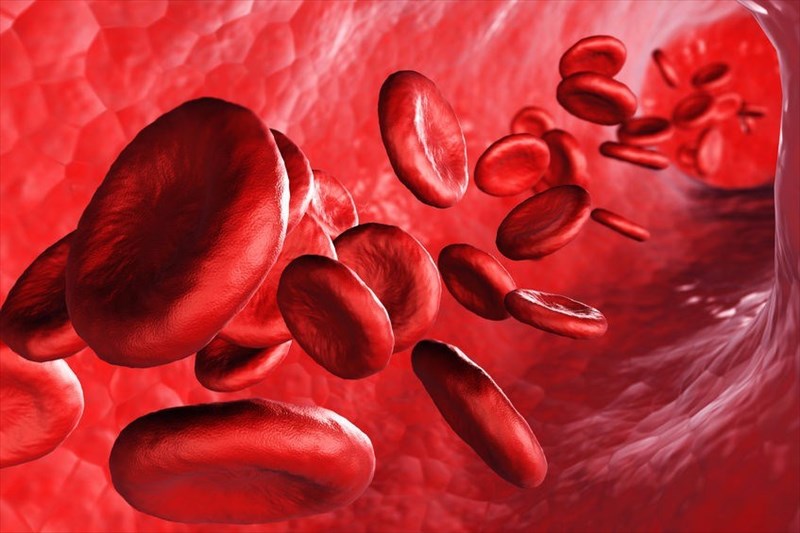 You may be able to change your diet and your lifestyle, but one thing you cannot change is your blood type.

Research and interest have recently peaked regarding how blood type can influence the risk of disease. The questions being asked are, “Are there specific blood types that are more susceptible to developing certain conditions such as diabetes, heart disease or cancer?” And “could blood types have an impact on memory as a direct response to the individual’s diet?”

In the following section, we dive into the research that has been done in order to answer these questions:

Cardiovascular disease is a term used to describe a range of specific conditions that affect the heart. It is an umbrella term for heart disease and includes conditions such as coronary heart disease, heart attacks, arrhythmias (heart rhythm issues) and other heart defects.

A study conducted in 2012 at Harvard University found that people who fell into the AB blood type had an increased risk of developing cardiovascular disease. Type O’s on the other hand, could thank their genes as their risk of developing heart disease was reportedly 23% lower than the other blood types. According to the authors of the study, specific blood groups can be linked to greater rates of inflammation which could, in turn, link to an increased risk of heart disease.

Other research has linked type A with greater levels of bad cholesterol, known as LDL (low density lipoprotein).

Cholesterol is essential fat that the cells in the body need to function. Cholesterol can collect in the walls of the blood vessels and result in plaque build-up and blockages, thus raising the chances of a heart attack or other heart conditions. It is transported in the blood and attaches to proteins known as lipoproteins. These lipoproteins act as carriers of the cholesterol and allow it to get to where it needs to go in order to aid in the functioning of the body. The liver makes some cholesterol, but it also comes from the foods we put in our bodies.

If you fall under the blood type AB, then you do not need to fret. Managing the risks of heart disease can be done with ease through lifestyle changes and medication. No matter what your blood type, it is important to always have your cholesterol levels checked by your doctor. Bear in mind that just because you may have type O blood, this does not mean you are immune to heart disease, but research shows that your chances of developing heart disease are lower. 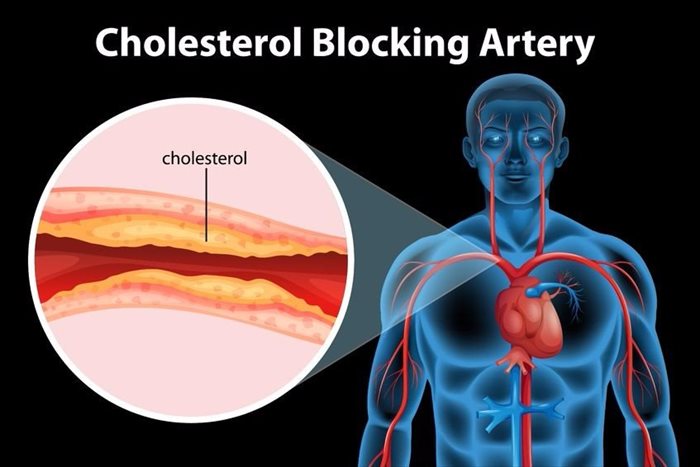 Antigens, apart from living on the surface of red blood cells (RBCs), are also found in the digestive tract lining in most people. A number of bacteria living in the gut use these antigens as a food source. This determines which of the bacteria disappear and thrive. Research has been done with supportive evidence to show that the gut of those with the type B blood, contain as much as 50,000 times the number of friendly strands of bacteria than those with type O or type A blood.

Studies have also shown that changes in the content of microflora (community of bacteria and other microorganisms) of the digestive tract, may have a link to certain metabolic conditions which include obesity and even diabetes. Research has concluded that a person’s blood type can play a vital role in the presence of gut bacteria and characteristics of the digestive tract.

A study conducted in France looked at the health data of 80,000 women and concluded that blood types A and B were more likely to develop type two diabetes compared to type O, with type B positive having the highest risk of diabetes. To date, there have not been sufficient studies and research conducted in order to draw evidence-backed conclusions to support these findings.

Also, keep in mind that this study was done only on women and not on men, this could result in the results being those only of a specific gender and further research is needed to investigate this.

The vascular system and brain have been found to have more in common with each other than we think. A recently conducted study by the University of Vermont College of Medicine, found that those with blood type AB were 82% more at risk of developing or experiencing issues with language, memory recall and attention that could lead to dementia in comparison to those with other blood types.

One reason for this may be due to the presence of the key clotting protein, referred to as coagulation factor VIII in certain blood groups. This protein is able to reduce the blood flow quality to the brain, as opposed to clotting at injury sites. This protein, which clots the blood when it is found in considerable amounts, also results in the blood not being able to clot properly if there is a deficiency. Too much of the protein can result in the person experiencing a stroke, heart attack or clogged veins from large clots of blood.

A study was done that showed a link between memory loss and higher levels of the clotting protein being present in blood type AB. However, only 20% of memory issues could be associated with higher levels of the protein. Therefore, further research is needed for confirmation.

In light of these findings, it is suggested that type AB’s are likely to battle with thinking problems later on in their lives as well as other issues of cognitive impairment and performance. However, this is not cause for panic in those with type AB blood as other factors such as physical fitness, diet and smoking also have a role to play when it comes to memory problems. Each of these factors can slow the development of the brain down and in turn, lead to issues with one’s memory.

Making lifestyle adjustments by keeping physically active, quitting smoking and exercising the brain by doing puzzles, reading and interacting socially are all ways to keep the brain healthy and active which help to improve memory.

Blood type can have a direct link with malaria –a disease transmitted by mosquitos that affects the blood.

It has been found that those with the blood type O seem to have some form of protection from the most dangerous strain of malaria known as Plasmodium falciparum, as opposed to its less dangerous counterpart, Plasmodium.

Amongst other issues, the parasite responsible for the condition causes the red blood cells in the capillaries to clump together, this results in serious damage to the tissues. In order to determine how blood type O has a form of protection against this parasite, a study was conducted by Swedish researchers who examined the protein that is secreted by the parasite responsible for malaria infections. The study found that the parasite seems to bind more effectively to the red blood cells of types AB compared to those of type O.

A study was conducted in 2015 where researchers followed and examined about 50,000 people from the ages of 40 to 70, for a duration of seven years. They controlled certain variables in the group of people studied such as gender, smoking and education. After seven years, they found that those who had blood type A, B or AB, had a higher risk of developing stomach cancer, they also found this group to be more likely to die from heart disease when compared with those with type O blood.

Type O’s have been found to have a lower risk of developing various cancers which include colorectal, pancreatic and stomach.

The four groups of blood types, being A, B, AB and O, are defined by the confections (compounds) of protein and sugar. These confections make up the type of glycoproteins that define the blood type. Glycoproteins are found on the surfaces of the red blood cells, amongst other cells, including those found in the pancreas.

The gene referred to as ABO is responsible for constructing the glycoproteins through placing the molecules of sugar on a protein known as the H antigen. This H antigen is like a backbone for the sugars. The specific pattern formed by the sugars is the determining factor for what the individual’s blood type is. In blood type O, the antigen does not have any sugars attached (the reason why it is known as the universal blood type).

Experiments have shown that should alterations take place in the antigens, this interference (due to the immune system’s reaction to the bacteria H. pylori) may affect the ability of the cells to adhere and signal to each other and in doing so, impact the ability of the immune system to be able to detect cells that are abnormal. This is thought to set the stage for cancer to develop.

Thus, the research suggests normal cells of the pancreas have a different pattern of the blood-type antigens when compared to pancreatic tumour cells. Therefore, a conclusion was made that changes in the ABO genes may result in cancerous cells.

It should be noted that although these findings may provide a new avenue for underpinning the cause of cancer, they do not prove that there is a direct link between pancreatic cancer and blood-type antigens. It is thought that the ABO gene should rather be viewed as a marker.

The bacteria H. pylori that may be the cause of stomach cancers amongst those with type A and AB blood, is likely to also increase the risk of ulcers in individuals with blood type O. The exact reason why is not yet known, however it is thought that this blood group is able to somehow modify the immune system response to the bacteria.

Research has shown that those with the blood type A seem to have higher levels of the stress hormone cortisol in their bodies. Therefore, this group of people should adhere to stress-relieving techniques such as meditation, deep breathing, yoga or Tai Chi.

Type A may exhibit more anxious behaviour than other types. The blood types B and AB have been found to respond better to stress. And blood type O was found to have the lowest amounts of cortisol in their bodies. 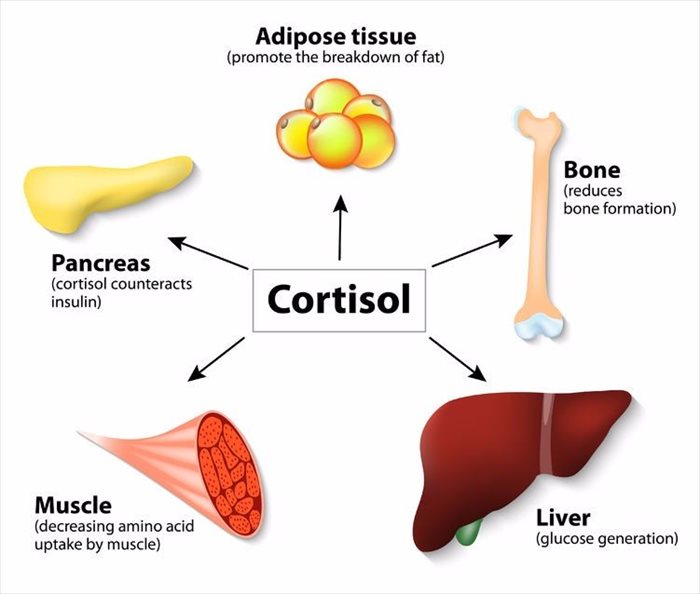 Sticking to a specific diet for your blood type is said to help to reduce the risk of chronic conditions and also enable the effective loss of weight.  This is still a great source of debate amongst researchers, scientists and health professionals.

The make-up of one’s antigens on their red blood cells can also determine how much of a certain hormone is released in specific situations. Those with blood types A and B tend to have a better response to low-intensity workouts and exercise and seem to enjoy exercises such as yoga that have a more calming effect.

Type O’s are on the other end of the spectrum. Where it takes this blood group more to stress over something, it also takes them more to de-stress. As such, more vigorous forms of exercise are seen to be more effective than calming exercises.

PREVIOUS How is blood typed?
NEXT The verdict on your blood type and your health
Back to top
Find this interesting? Share it!