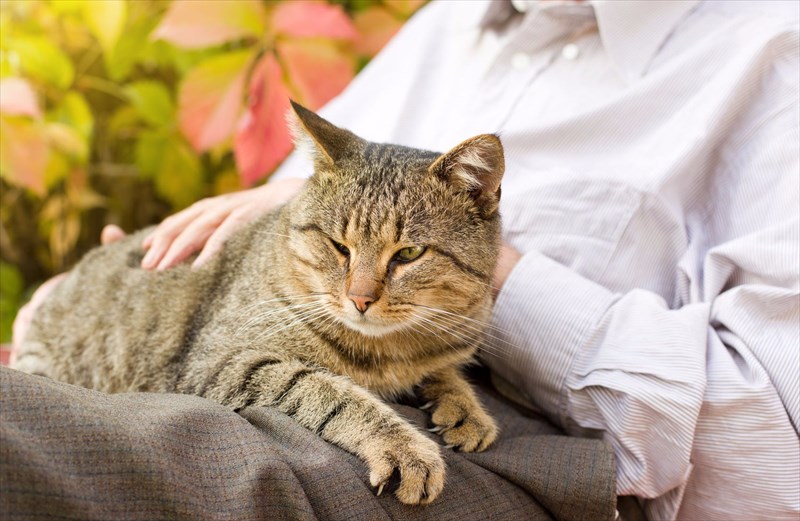 Studies on the therapeutic effects of pets

Pet therapy as a beneficial treatment tool is not a new concept. The idea has been around for more than 150 years and often used to provide a level of social support for the mentally ill. The human-animal bond has existed for far longer. When it comes to medical purposes, however, it was only during the late 1970s that scientific underpinnings were more seriously put to the test to assess this bond.

There have been numerous studies over the years, and these continue today. Research has not halted the business of pet therapy, which continues to involve working animals in the healing process (where treating doctors and therapists allow). 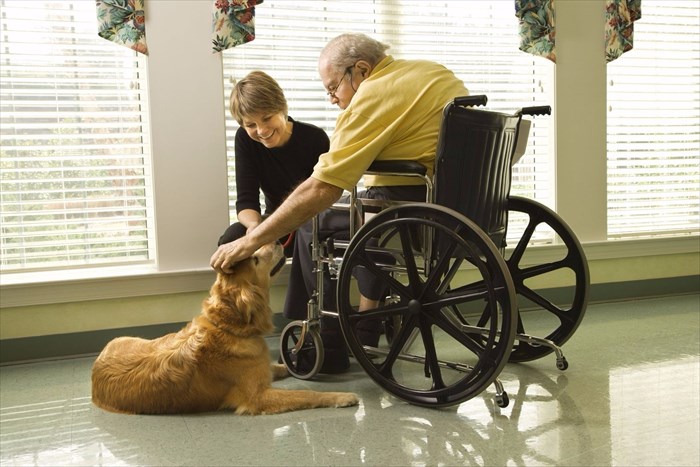 Research has looked at the physical health benefits of a variety of challenged individuals, ranging from the chronically ill, to the elderly (generally healthy but living in a home or those with dementia and Alzheimer’s). Many studies have focussed on the potential physiological benefits of alleviating stress and anxiety. Just the mere presence of a dog (daily), kept like a pet for a set period of time (e.g. 6 months), allowed to visit a home on a weekly basis, or simply just present during times when performing a stressful task, appears to contribute to lowering blood pressure (or potentially prevent an increase), which in turn alleviates stress or anxiety. Study groups assessing pet owners have noted a lower resting systolic blood pressure (reducing risk for hypertension), and a reduced systolic mean arteriolar and pulse pressure.

The general consensuses from much of the studies done show what most pet owners will all agree to – the presence of a pet (animal) has a pleasing or relieving physiological effect when it comes to stress, which in turn has beneficial physical results. Having a dog also means owners are likely to be more active themselves (although other studies have found that this is not necessarily a given), which adds to health benefits in a physical sense.

Studies have also looked at the potential beneficial effects in those with cardiovascular disease, and whether walking with a dog could improve their exercise capacity with just a 10 to 15-minute stroll several times a week, or even prolong life projections.

Other studies have assessed groupings of individuals with congestive heart failure and whether dog visitations of 12 minutes at a time had any effect on their systolic pulmonary artery or capillary wedge pressures, and serum epinephrine concentration levels. The research compared findings with those of historical samples from previous patients with the condition. Those who were able to walk with a dog and handler could manage to do so twice as far as those from the historical samples.

The trouble with scientific research on pet therapy or simply the involvement of animals for any function relating to interactions with medically challenged individuals, is that no sooner has one study found positive benefits than another achieves results to the contrary. Research group samples have ranged from very small to moderately small. Perhaps large-scale research with very specific criteria could settle the divide.

The effect of pets on emotional and mental health 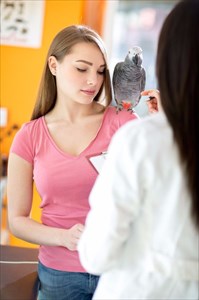 When it comes to research into areas of cognitive disorders and conditions, numerous animal-human bond studies have also been conducted. As is the case with physical findings, research has noted small, but statistically convincing behavioural symptom improvements in an array of animal-assisted interventions.

Many studies have focussed on potential psychological benefits in the elderly and used a variety of animal species, such as dogs, cats, birds and fish (through the installation of fish tanks). Studies have been as basic as caring for a canary versus a plant for a period of three months, to what effect an animal (with a primary purpose to merely socialise) has on a demented elderly individual.

The research looks at social behavioural changes versus how much of an effect on cognition (and mood) an interaction can actually have. Can pet therapy help to alleviate problematic behaviours in individuals with dementia through supervised interactions involving petting, grooming, feeding or play? Some studies have been able to assess improvements with fewer signs of agitation and enhanced social behaviour. Many of the participants were more verbally interactive during an animal-assisted intervention (i.e. the visitation of a dog).

One study exposed 13 nursing home residents with dementia to a mechanical toy dog as part of their research to assess any differences in interactions. Whether a robotic dog which could sit up, wag its tail or respond to a variety of commands, or an actual animal was used, this study found similar responses in the residents – many talking a little more or clapping their hands when the ‘animal’ moved. (1)

Much of the positive feedback regarding mental health benefits stem from more personal, qualitative observations from medical personnel who have been exposed to human-animal interactions (such as nurses). Most agree based on their observations, that pet therapy interventions alleviate boredom or loneliness, and improve social interaction - increasing patient interactivity with an animal and other fellow patients too.

Formal clinical trials using animal interaction with patients suffering from dementia haven’t been able to suggest a clear mechanism for how pet therapy alters vegetative, psychotic or hyperactive behaviours. Findings simply leave a door open for further speculation – is pet therapy, in this sense, merely a created distraction for disruptive behaviour associated with an illness such as dementia? And can it serve as a basis for learning to practice better social behaviours?

Research into the effects using depressed patients and those with schizophrenia, has also had mixed findings. Some studies have noted little effect or change in overall depressive state, but did find a small, but reduced blood pressure reading. Others have found reduced levels of tension and fatigue and even confusion in patients exposed to pet therapy interventions. This has been noted, not only in depressed patients, but also those undergoing treatment for cancer. Simply having a dog in a therapy session resulted in patients rating their levels of anxiety as less severe. Schizophrenic patients (but notably not older patients) have been seen to score better in areas of social contact, meaning that their social skills, ability to communicate and overall cognitive ability did show improvement. This has prompted research teams to conclude that a modest benefit is possible to achieve in patients displaying depressive symptoms. But there is a downside – many with acute psychiatric conditions did appear to become troubled by actions of caring for an animal, with some even grieving their departure from a session (as a person would over the loss of a pet).

It should also be noted that although much research has been done, plenty of the result findings have never been published in a scientific journal. A lot of data has instead been pooled together and published in doctoral dissertations, all noting a ‘medium effect size’.

1.National Center for Biotechnology Information Search database. 16 November 2014. The Benefit of Pets and Animal-Assisted Therapy to the Health of Older Individuals: https://www.ncbi.nlm.nih.gov/pmc/articles/PMC4248608/  [Accessed 26.07.2017]

PREVIOUS How does pet therapy work?
NEXT What can pet therapy potentially achieve?
Back to top
Find this interesting? Share it!