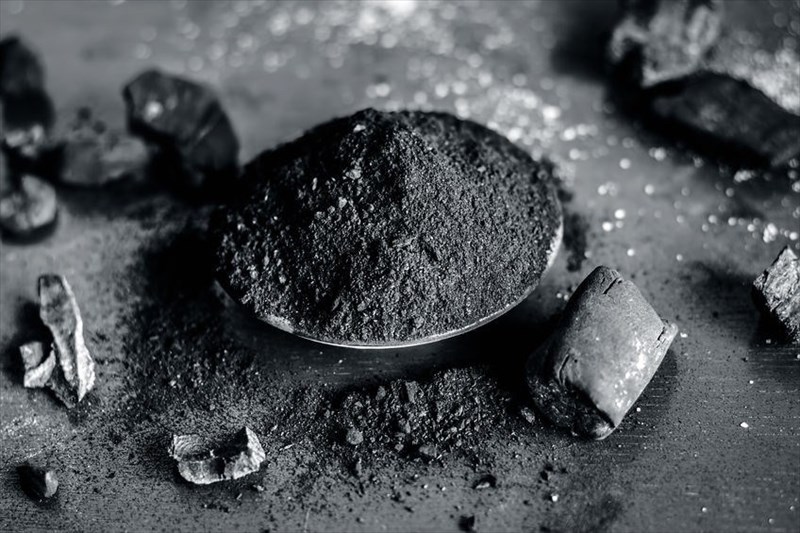 For many years, activated charcoal has been produced and sold over-the-counter as a product promising all sorts of optimum health benefits. It is widely known that the substance is used to help remove impurities from water intended for drinking purposes and the same thinking is applied when it comes to use for the body. Activated charcoal, however, is only really an officially approved substance intended for counteracting chemical poisoning or overdose when administered in a hospital environment.

Nevertheless, it is a highly popular product for alternative treatment uses that include detoxification / cleansing, overall gut health, skin and beauty treatments and even teeth whitening. Just how many uses for activated charcoal are actually effective? Is it safe to use? Should it be considered a health trend? Here’s what we could find out…

The history of clinical charcoal use and its adsorptive properties

In medical settings, activated charcoal is classed as an antidote with the purpose of counteracting toxic substances in the body. Charcoal as a substance has featured in medical practice for hundreds of years as an antidote for patients displaying signs of poisoning.

One of the first descriptions of the adsorbent properties of charcoal took place during the 1700s. The first-time charcoal was clinically used appears to have taken place during the early 1800s. During this period clinical effects associated with poisoning were observed in both human and animal patients.

During 1831, French pharmacist Professor Pierre-Fleurus Touéry swallowed a lethal dose of the highly toxic strychnine (a colourless and bitter crystalline alkaloid used as a pesticide) mixed with charcoal as a way to demonstrate its adsorbent effects. The pharmacist put his on body on the line as a means to show that the ingestion of charcoal could counteract the poisonous effects of the pesticide when taken soon after consuming the toxic substance. It is said that he suffered no major ill effects, thus making his point.

Others in the medical field also began administering oral charcoal for the same purposes. One example is the American physician, Dr Hort who is said to have saved the life of a patient who had ingested mercury bichloride (a chemical compound of mercury and chlorine) with the administration of charcoal. Such examples of successful administration of the substance prompted refinement in order to better benefit from its adsorptive properties. Regardless of these impressive abilities, charcoal was not hailed as a ‘miracle medicine’ and thus was not widely used.

Still, studies assessing its potential clinical benefits continued into the early 1960s when a published review outlined the product that is now in use, describing its benefits in the treatment of poisoned patients. In clinical practice, even today, it is used, but not necessarily as a first-line treatment. If it is used, activated charcoal is frequently given following gastric emptying (either by means of lavage – a washing out of the body using water or medicated liquid solutions, or emesis / vomiting) in patients exposed to toxic substances (including those who have taken an overdose). If used in this way, it is more common practice in the emergency room as a once off poisoning event treatment method.

What is activated charcoal? 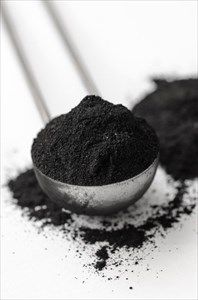 The activated charcoal products in use today are manufactured by extracting pure carbon (via chemical means) from wood or coconut husks and breaking down the charred pieces into a fine granular form (this is known as the activation process). Activation involves an enclosed furnace and the application of steam, carbon dioxide, dilute oxygen and other chemical gases at extremely high temperatures in order to remove impurities from the substance.

The fine granules which remain develop multiple ‘pores’ (spaces) which effectively work to ‘trap’ toxins when used. This mechanism (i.e. the physical binding of toxin molecules to the surface of charcoal particles) prohibits the absorption of the offending substances from the stomach and into the body (provided that the ratio of charcoal to toxin is high enough). The toxic or poisonous substance is thus able to bind to activated charcoal which is then excreted in faeces / stools.

Activated charcoal doesn’t actually ‘absorb’ the toxic compounds, however. Its interference mechanism instead functions via the chemical process known as ‘adsorption’, which is an exothermic process wherein a deposit of molecular compounds sticks to the surface of the adsorptive substance – i.e. compounds bind to carbon. Once bound, the movement of the compounds becomes restricted and this means that they cannot be absorbed into the rest of the body, causing further damage to other tissues and cells.

The mechanism of absorption on the other hand, means that compounds (like chemicals, toxins or even nutrients) are ‘soaked up’ and incorporated. In the body, nutrients, for instance ‘absorb’ into the bloodstream where they can actively move and fulfil a specific purpose.

Some key differences between the mechanisms of 'absorption' and 'adsorption':

The molecules which bind to the surface of carbon are known as the ‘adsorbate’. The surface is known as the ‘adsorbent’. Other examples of adsorbents include metals, clay and even silica gel. Adsorbent substances with a porous surface like carbon have a negative electric charge. Positively charged toxic compounds are easily bonded to its surface when contact is made (because negative charges attract positive ones).

Activated charcoal is also known as:

What forms is activated charcoal available in?

Activated charcoal is available in the following forms (for both adult and paediatric use):

NEXT Medical use of activated charcoal
Back to top
Find this interesting? Share it!

Suffering from ongoing heartburn? Learn how to manage symptoms of acid reflux here...

A common condition, acne can negatively affect a person's self-esteem. We break it down to help you understand it, and how to go about treating it ...

Commonly used for the treatment of mild to moderate pain and fever, paracetamol is widely used around the world. We explore its most common uses...