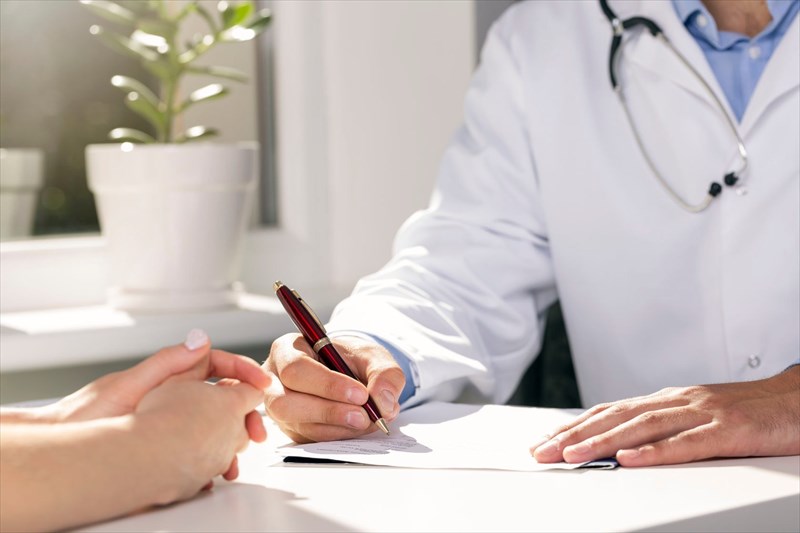 Precautions and considerations for taking this medication

Before a doctor will prescribe Atorvastatin / Lipitor, a thorough medical evaluation will have taken place. The need for a recommended prescription will follow a specific diagnosis which was obtained through comprehensive medical checks and testing. A doctor will assess risks and benefits in relation to a person’s overall condition, taking into account certain factors like active and inactive ingredients in the medication which can sometimes result in sensitivity or allergic reactions.

A full medical history, which includes other medical or mental health conditions and medication (over-the-counter and prescription) use is thus critical for a doctor to know before recommending any prescription products.

There are a few hundred medications (including generic versions) and substances known to adversely interact with this class of drug. Medications are classified according to risk severity for interaction with others and a doctor will be mindful of this when considering this course of drug therapy. Interaction classification is characterised as follows:

All medications, including natural or herbal supplement varieties and vitamins, which are being used (including those which have been discontinued) must be disclosed to a doctor. Atorvastatin / Lipitor is also known to interact with medications that are metabolised by hepatic enzymes (CYP 3A4), protease inhibitors and more.

Knowing what types of substances are circulating a patient’s body at the time of recommendation is important so as to factor in specifically what types of adverse reactions could be expected, and the level of risk involved. Some combinations can be implemented with strict dosage control (along with possible adjustments during a treatment period), and additional monitoring. If alternative therapy treatment combinations pose less of a risk than this medication, these will be considered where relevant.

Medication use which should be brought to the attention of a doctor includes:

Serious drug combination interactions have been allocated to the following medications (classified as major / contraindicated):

There are many more medications and substances known to have some degree of adverse interaction risk with Atorvastatin which is why one should always disclose all medications and supplements being taken with a doctor before any new drugs are taken.

A doctor will also need to be well aware of certain medical conditions which could influence the safety of the medication and result in further health complications.

A patient must disclose any of the following conditions or ailments:

A doctor will question a patient in order to determine a possible history of renal impairment. If this is a relevant risk factor, a doctor will note the potential for the development of rhabdomyolysis which affects the function of muscles in the body (i.e. leads to the breakdown of muscle). The condition results in large quantity leakage of intracellular contents into plasma, which can be toxic to the body. This can result in serious kidney damage as well. This possibility is, however, rare.

This medication is also contraindicated in those with myopathy, hypothyroidism and myoneural disorder (muscle and nerve dysfunction). Pre-existing myopathy and muscle related conditions will be cautiously considered before a prescription is recommended.

Muscle aches (or pain), tenderness and weakness, as well as dark-coloured urine must be reported to a treating doctor, should a prescription for use go ahead. These symptoms (which can develop during treatment), as well as higher levels of creatine phosphokinase (CPK), an enzyme in muscle which is expressed through various cells and tissues, is sometimes dosage-related and can therefore be addressed through the adjustment of medication dosages. CPK levels can sometimes rise to ten times the upper range of what is considered normal. If these levels become alarmingly high, treatment with Atorvastatin / Lipitor should be discontinued.

A co-existing liver condition or where a patient experiences persistent increases in serum transaminases (in plasma) are considered severe contraindications for use of this medication. Normally, the transaminases (enzymes) in the liver break down and synthesise amino acids, as well as convert energy storage molecules.

Atorvastatin / Lipitor is a medication which is also extensively metabolised by the liver in order to effectively fulfil its treatment obligations. If the liver is unable to metabolise the substance due to an active impairment, toxicity levels may increase along with an accumulation of the drug and cause serious biochemical abnormalities and liver function problems. In rare instances, impairments can result in further complications such as hepatitis, cirrhosis, jaundice, fatty changes in the liver and fulminant hepatic necrosis (acute liver failure).

A patient that presents a history of liver dysfunction or even alcoholism must be considered very carefully with regards to this medication. A prescription may be recommended, but with extreme caution, often at low initial dosages. Medical monitoring will be required, especially if signs of ALT (alanine aminotransferase) and AST (aspartate aminotransferase) level elevations become apparent. Blood tests will assess these levels for liver function capacity due to damage to the organ. If these levels are 3 times what they should be, dosages can be further lowered or treatment with this medication can be withdrawn completely.

The severity of biochemical abnormality (elevations in serum transaminases) / damage which can occur in the liver means that it may be very likely that a doctor will request liver function tests before treatment commencement and again after 12 weeks of use. Tests may be recommended when dosages are amended during the treatment period as well. (2)

Regular liver function checks, as and when required, are done to ensure the overall functioning and health of the liver. This can help to minimise the risk of potentially irreversible injury to the organ. If any serious injurious reaction develops, medication discontinuation may be recommended, especially if signs of jaundice (a yellowing of the skin and whites of the eyes) or hyperbilirubinemia (excess bilirubin in the blood) occur.

A doctor is likely to request that alcohol consumption is kept very low, or ceased completely, so as not to further worsen liver function.

Other conditions with interaction risks include:

For women, it is very important to disclose a potential pregnancy or the intention of becoming pregnant at the time of drug recommendation. Atorvastatin / Lipitor has not proven to be safe to take during pregnancy and can cause harm to a developing foetus (i.e. may likely cause birth defects / congenital malformations and delayed growth and development). Use during pregnancy also carries a high risk of potential miscarriage or stillbirth.

Products of cholesterol biosynthesis, the synthesis of steroids and cell membranes, are vital for foetal development. The mechanics of the medication decrease cholesterol synthesis in the body, as well as those of other active substances derived from cholesterol. For this reason, it is believed that direct harm to a developing foetus can occur if a pregnant woman continues to take Atorvastatin / Lipitor.

A doctor may advise a woman to take extra precaution when it comes to contraception methods, while undergoing treatment with this medication. Should a woman become pregnant while on the medication, she will need to stop taking the drug immediately (i.e. as soon as pregnancy is determined).

A woman can temporarily discontinue medication use during her pregnancy, returning at a later stage once it is deemed medically safe to do so.

As with pregnancy, the use of this medication by women who are breastfeeding a new-born baby is not considered safe. It has not been conclusively determined just how much of the drug may be passed through breastmilk from a mother to her child. Other medications in this class, have however, been shown to be present in breastmilk and thus can be passed on to a nursing infant. Many studies have thus excluded breastfeeding mothers from clinical trials due to a concern over this possibility. The medical consensus is that no nursing woman should use this medication at all. (3)

The effectiveness of the medication will be compromised if a healthy and balanced diet is not followed during treatment. A doctor is likely to stress the importance of following a low-fat and low-cholesterol nutrition plan on a daily basis throughout the active treatment period. Weight control will also factor into the plan where relevant to a person’s overall condition.

A doctor will also advise against certain foodstuffs / substances which are known to hamper the effectiveness of the medication. These include grapefruit juice and products containing juice from this fruit (in large quantities) and red yeast rice.

Grapefruit juice contains components which inhibit CYP 3A4 (Cytochrome P450 3A4), an enzyme that is mainly active in the liver and intestine. The enzyme is responsible for oxidising tiny foreign organic molecules in order to safely aid in removing them from the body.

Grapefruit juice in large quantities inhibits this enzyme and increases plasma concentrations of the medication by up to 80%. (4) Excessive consumption will be warned against (approximately 1.2 litres per day or more) as this can result in increased risk for rhabdomyolysis and liver damage.

Alcoholic consumption may need to be approached with caution or not at all, as this can result in unwanted side-effects. A patient should discuss safe consumption with their doctor before treatment commences so as to best understand the potential impact on their health.

3. US National Library of Medicine. January 1998. Pre- and postnatal toxicity of the HMG-CoA reductase inhibitor atorvastatin in rats: https://www.ncbi.nlm.nih.gov/pubmed/9520344?dopt=AbstractPlus [Accessed 05.02.2018]