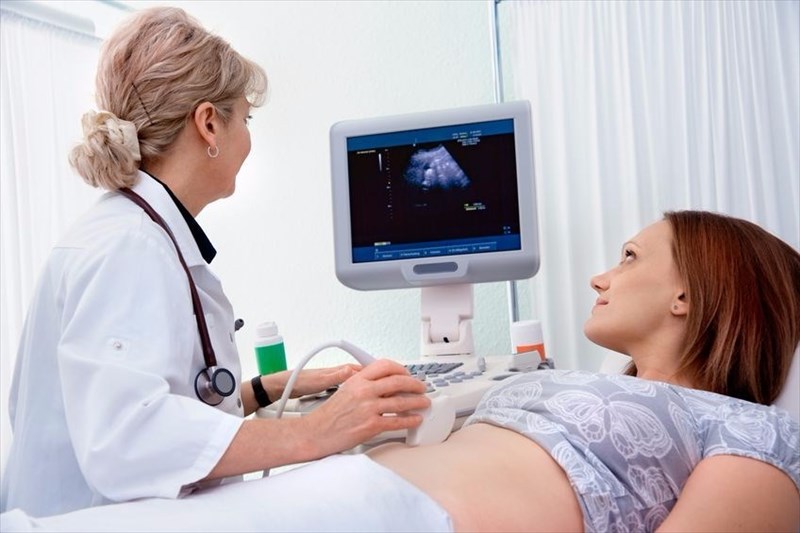 Getting into your second month of pregnancy, more and more changes are happening inside of you as your baby’s limbs are beginning to form. 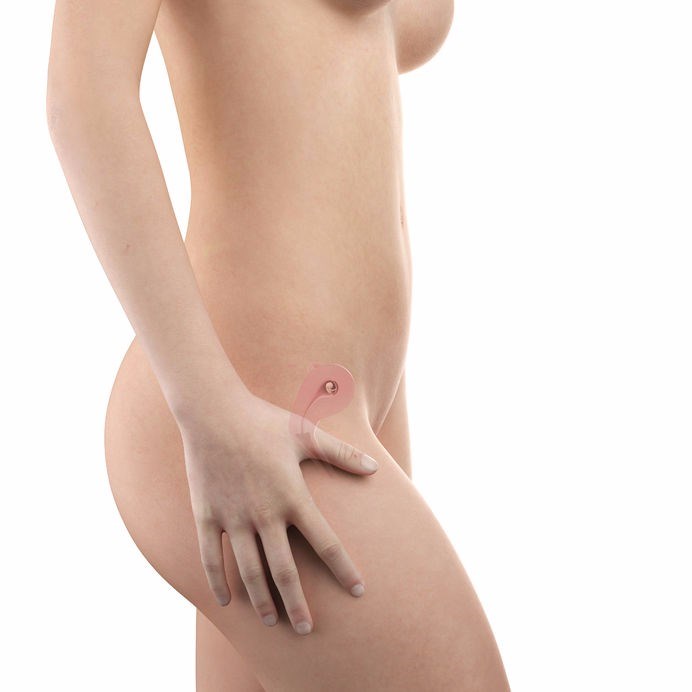 The biggest areas of growth this week are your baby’s feet and hands which are starting to form from legs and arms that are continuing with their development. They do, however, resemble something like paddles right now rather than tiny toes and fingers.

Your baby is still considered to be an embryo and even has a tiny little tail, this is just an extension of the tailbone or coccyx. This little tail will soon disappear in the next couple of weeks, this is the only thing that starts to get smaller, every other part of the embryo will continue to grow.

The embryo’s eyelid folds are partially covering the eyes, which are starting to form some colour. The tiny tip of the nose is beginning to bud and little veins are showing beneath the skin that is parchment-thin. The hemispheres of the brain are also growing and the liver is creating red blood cells until the bone marrow is formed and will take over this role.

The pancreas and appendix are also forming, the pancreas will eventually create insulin which will aid in the digestion process. There is a loop in the growing intestines which is starting to bulge into the umbilical cord, the umbilical cord is the direct link you have to your baby which carries nutrients and oxygen to feed the embryo.

At week 7 your baby is roughly the size of a plump blueberry (about 1cm).

In the last five weeks, your uterus will have doubled in size and this may make eating feel strenuous, morning sickness also doesn’t help with this.

Your urination will increase even more as your blood volume has increased and extra fluid is being processed through the kidneys. At this stage, you will have about 10% more blood than you had before you were pregnant. At the end of your pregnancy, you will have about 40 or 45% more blood that will be running through the veins trying to meet the needs of your full-term baby. As the uterus is growing, it will also put pressure on your bladder and make you feel as though you need to urinate more often.

If you work, pay a visit to the human resources department within your company to find out what their rules and regulations are around maternity leave.

Your belly is likely to start showing a bit of a baby bump at this stage, as a keepsake, start taking progress photos of your growing belly. Try to stand in the same spot with the same pose to really show an accurate progress. Even if you don’t have the baby bump yet, it is good to have a ‘ground zero’ keepsake photo.

By now you also would have seen your doctor for your first prenatal visit.

At this stage, you may not exactly look pregnant, but you will feel it. Your morning sickness will now be at its worst (unless you are a pregnancy unicorn and don’t suffer from morning sickness), you will also be feeling extremely tired. Your baby has now grown from an embryo to a foetus and is about 1.6 centimetres (0.63 inches) from the rump to the crown, being roughly 1g (0.035oz) in weight. 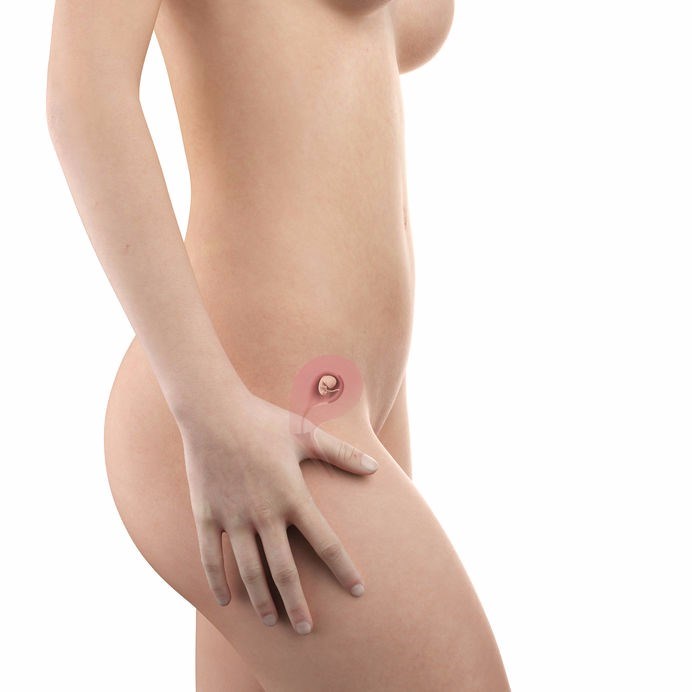 Your foetus’ feet and hands have started to form webbed toes and fingers, with the eyelids nearly covering the eyes completely. The little tail has nearly completely disappeared and the breathing tubes now extend from the throat, branching into the lungs that are still developing. The nerve cells in the brain are starting to connect with each other, this forms the neural pathways that are still in their primitive stages.

The genitals are not yet formed to be able to determine the sex of the baby. Your baby, now constantly moving, which you are still unable to feel, is the same size as a kidney bean.

You may need a larger bra soon as your current one starts to get a bit tight as your breasts grow due to hormonal changes. Try to also get a bra that offers support. Your breasts may even continue to grow through the next couple of months, bear this in mind when choosing a new bra.

A rise in your progesterone levels can leave you feeling fatigued and sluggish. Going through the fluctuating levels of nausea associated with morning sickness may also add to you feeling tired. It may also be difficult to sleep well due to your frequent need to urinate.

You are likely to have gone for your first prenatal test. After this, you may want to, or your doctor may suggest that you have prenatal screening tests conducted in order to determine the health risks your baby may have.

Here are your options of diagnostic tests that are conducted in your first trimester:

Your baby’s little tail is gone, and in the place of his or her tail, are too tiny legs. Your baby’s head may appear abnormally huge at this stage, when compared to their body, however, this will all even out in the following weeks. 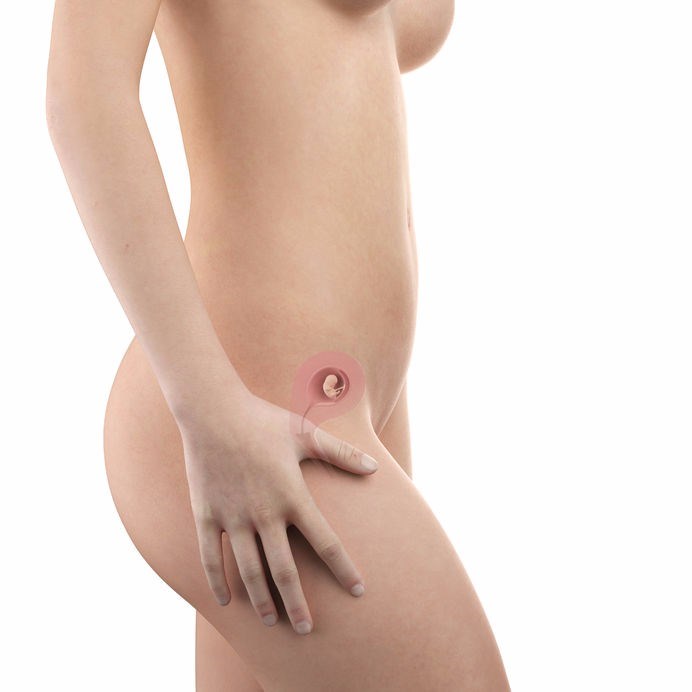 Your little baby is now about the same length and width of a grape. His or her heart is now divided into the four chambers and the valves have started to develop, as well as the little teeth. The little muscles, organs and nerves are also starting to work. The sex organs have also developed however, these are too small to be picked up on an ultrasound to determine the sex of your baby at this stage, this will still take a few weeks or so. The little eyes are now also fully developed, but the eyelids have now fused closed and will not open until week 27. The placenta has also formed and is now producing the hormones needed for your baby.

Basically, your little baby’s initial physiology has formed and he or she is ready for rapid growth and weight gain – get ready to grow

At this stage, you might not look pregnant just yet, but your waist is most likely thickening in size a bit. However, you will certainly feel pregnant at this stage. The symptoms of pregnancy are now in full swing and morning sickness is something you are probably used to right now. You may also feel like an emotional wreck at times, with constant mood swings that seem to have no reason as to why they are even happening. And that is totally alright! These mood swings will ease a bit in the second trimester.

It is advisable to eat calcium-rich foods at this stage so as to help your baby’s bones to develop and build. Try to start a daily routine with your baby to help the two of you to connect. Just set aside a certain amount of time every day to sit and talk to your baby. Or simply place your hands on your belly and focus on your breathing and relaxation. This will reap benefits for both you and your baby, in your baby connecting with you and you having some time to take a breather.

This article on your second trimester of pregnancy will cover everything you need to know on a week-to-week basis...

Your third and final trimester is the most exciting one, the following information explains all you need to know week by week...