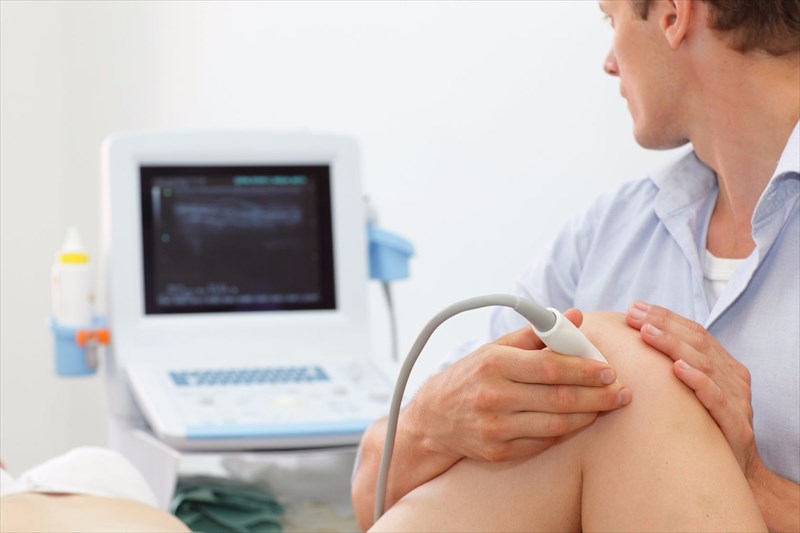 An ultrasound scan examination has a variety of uses. The most commonly associated use is scans done periodically throughout a woman’s pregnancy. These images of a developing baby while in the womb afford both the medical professional and expectant parents the first views of an unborn child and are used to monitor foetal development and identify any potential health issues in utero.

An ultrasound scan can be done:

What type of ultrasound transducers are used internally?

When the need arises to obtain clearer and more informative images, a transducer may be used inside the body. Some examples include:

A doctor can also make use of very small transducer devices at the end of a catheter (thin, flexible tube) for insertion into blood vessels. These are useful for examination of blood vessels.

A Doppler ultrasound is primarily used to assess blood flow and speed within the blood vessels (arteries, veins or capillaries), but can also be used to identify other blood circulatory problems such as obstructions in the system as well as aid in the measurement of blood pressure. This type of ultrasound is commonly incorporated into many other forms of scans so as to evaluate blood flow or supply, or the lack thereof throughout the body’s tissues.

High-frequency sound waves are bounced off blood cells which are in motion in the body’s blood vessels, creating what is known as the ‘Doppler effect’. Changes in frequency are then recorded as echoes, converting the data into a visual representation of the nature of blood. A doctor can then see how quickly or slowly blood flow is, as well as the direction in which it is flowing. This is a valuable diagnostic screening tool for most ultrasound testing and is preferred by most medical professionals as it does not require the injection of contrast dye into a person (as is the case with X-ray angiography).

Colour Doppler ultrasonography is a subtype of this form of scan which is used in addition to the usual, more routine grayscale visual imaging. A wide range of colours are used to visualise blood flow measurements, which are then ingrained into a two-dimensional visual of bodily structures or tissues. In this way, a doctor can obtain a more pronounced or comprehensive visual representation of blood flow, its direction and speed, than can be achieved in grayscale. Colour techniques can also help a doctor to plot out changes in blood flow (speed and or / direction) on a graph during the scan for diagnostic or evaluation purposes.

Another subtype is the Power Doppler, which also utilises colour imaging techniques to provide highly detailed visual representations. A power Doppler is more sensitive and can represent detailed blood flow measurements, but cannot determine the direction of flow.

The third variation of Doppler, is the Spectral Doppler. This type uses conventional and colour techniques to determine both blood flow and direction, representing the data in a detailed graphic form, instead of in grayscale form with colour detail (such as in the other subtypes).

An example of a Doppler ultrasound is an echocardiogram (ECG) which is useful for creating images of the cardiovascular system (showing the state of cardiac valves, possible heart abnormalities, blood leakage, or valvular regurgitation), as well as determining cardiac tissue movement in specific areas.

A doctor can make use of this ultrasound to assess the walls of blood vessels, check for an aneurysm (ballooning or weakening in the circulatory system), deep vein thrombosis (DVT), plaque build-up or blood clots (hindering sufficient blood flow), arterial narrowing or blockages. Sometimes, an ultrasound can determine blood flow that is greater than normal, circulating the body and reaching the organs, often due to an infection.

Blood flow in the arteries and veins of the arms, legs, abdomen, neck and brain (of infants and young children) can be assessed using a doppler ultrasound. A doppler ultrasound can also assess the foetal heartbeat of an unborn baby during pregnancy, helping a doctor to determine any possible abnormalities in blood vessels, as well as congenital vascular malformations and tumours, or the heart.

Other obstetrical uses include the monitoring of a developing embryo or foetus, an evaluation of blood flow in the umbilical cord, developing foetus or placenta, and the overall condition of a mother’s uterus (womb) and ovaries. In males, a Doppler ultrasound can also be useful to assess the potential twisting (torsion) of a testicle (which can cause blood flow / circulatory problems).

Sometimes mild discomfort during an ultrasound scan may be experienced but this should not be painful. Not all foetal abnormalities can be identified with a Doppler ultrasound scan. If necessary, other testing procedures to detect abnormalities in a developing foetus can be performed, such as an amniocentesis, chorionic villus sampling or blood tests. 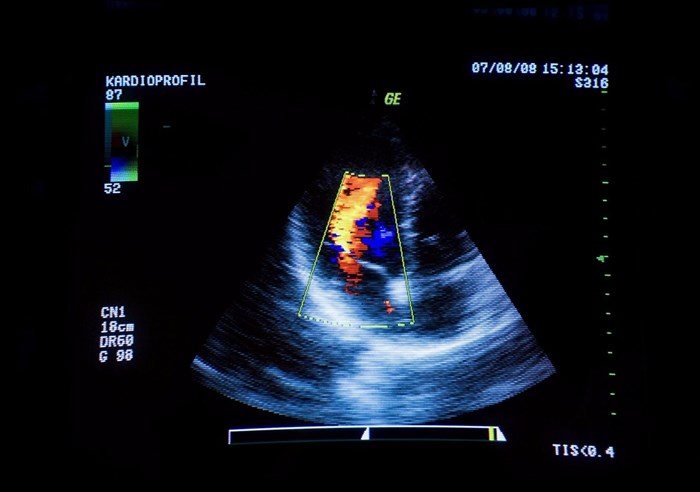 A duplex ultrasound combines the techniques used with traditional technology and a Doppler. Traditional techniques create images of the solid tissue mass that is being assessed or examined, representing a visual that is usually grey. In contrast, blood flow is represented in colour (Doppler). An example would be the examination of an artery (represented in grey) and blood flow (colour).

A duplex ultrasound is valuable for the examination of blood flow in the body’s arteries and veins, and can quickly detect blockages, clots, narrowing or widening of blood vessels, venous insufficiency (difficulties in blood being returned or pumped back to the heart) or varicose veins.

There are several kinds of ultrasound imaging types which can be used depending on the nature of the scan, and which one will achieve the best visual result for the examination. These include: 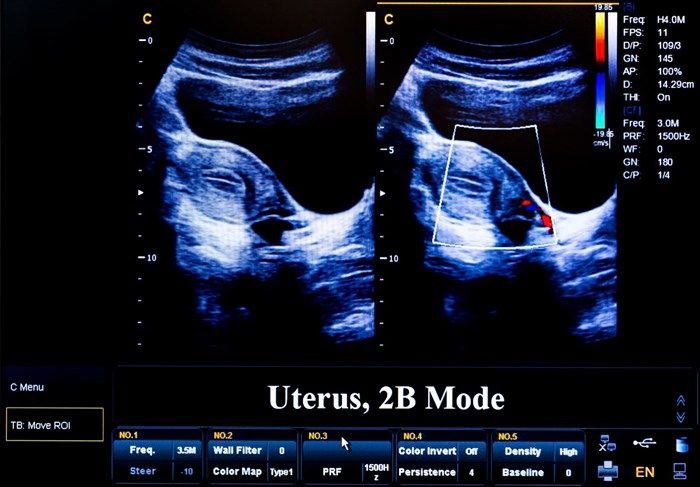 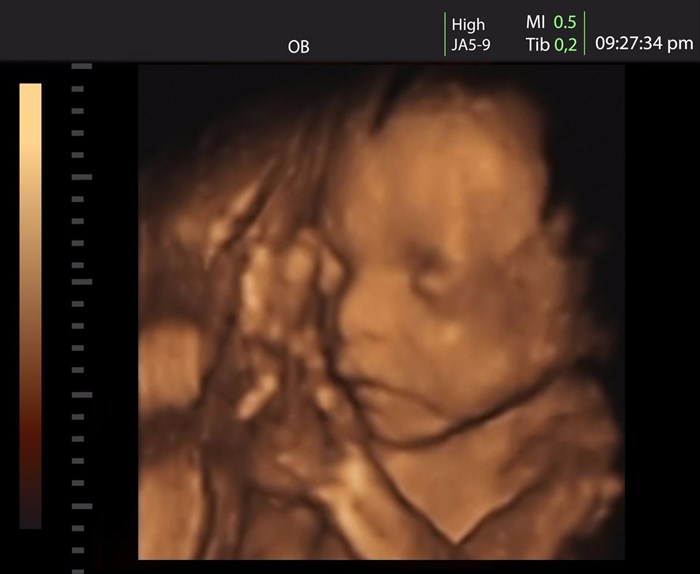 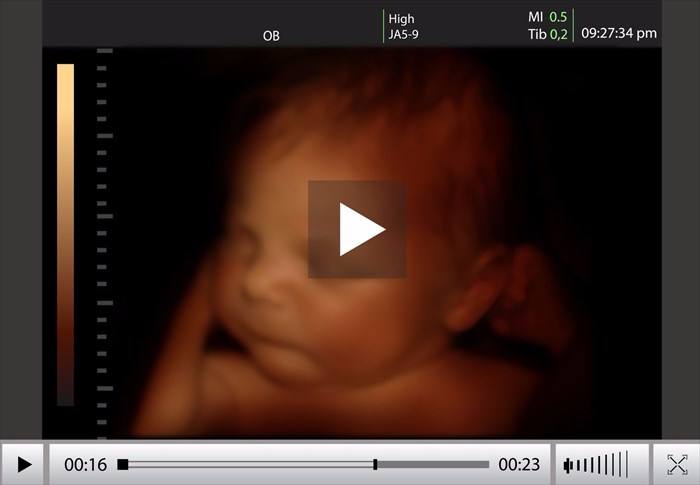