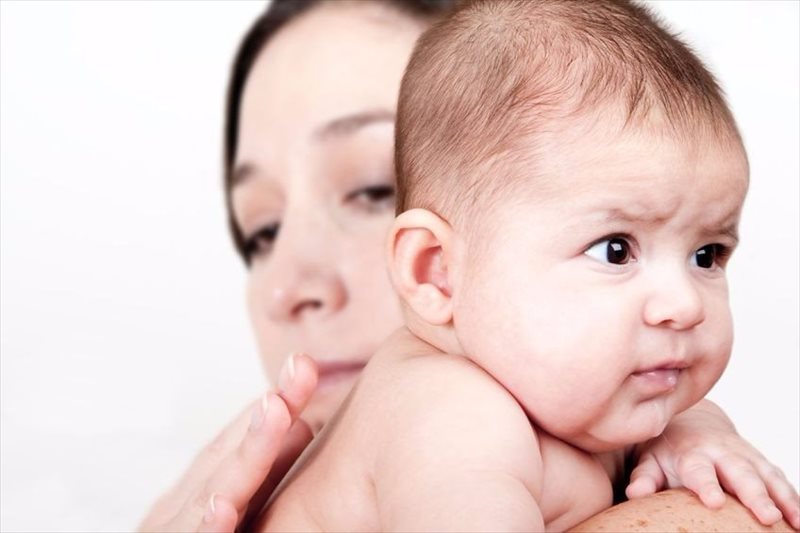 What is acid reflux (GERD)?

Most babies spit up from time to time. This is referred to as reflux. This common condition occurs when the contents of the stomach, including stomach acid, flow back into the food pipe known as the oesophagus. This reflux or 'backwash' can irritate the lining of the oesophagus.

The oesophagus is a tube that connects the stomach to the mouth. There is a valve at the bottom of the tube that opens up to let food down into the stomach. This valve is supposed to close properly after the food is in the stomach so as to not allow the contents of the stomach, including stomach acid, to come back up into the oesophagus. If this valve is not developed properly or does not function as it should, this results in acid reflux. Having said this, it is understandable that reflux usually occurs during or after a meal. 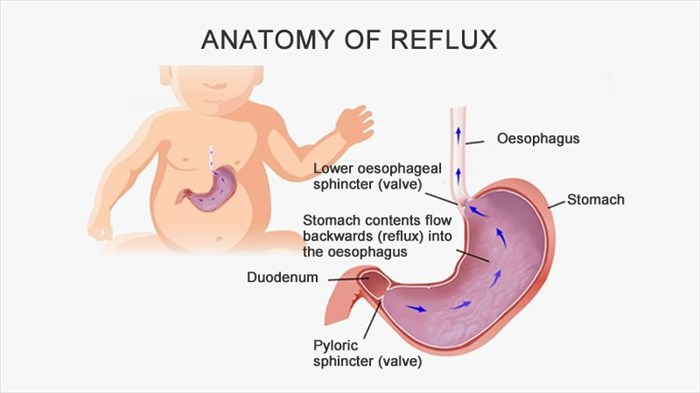 Reflux can cause pain in the chest area, often referred to as heartburn although it is important to note that heartburn does not have anything to do with the heart.

In infants, reflux may lead to regurgitation and posseting (spitting up). Posseting, often referred to as GER – gastro-oesophageal reflux, involves non-forceful and effortless regurgitation of milk into the oesophagus, which is commonly seen in infants and can be very normal. GER only becomes a problem when the infant is persistently in pain from the reflux and possibly not gaining weight as he/she should, in which case, a medical opinion should be obtained and a possible diagnosis of GERD considered.

GERD is known as gastroesophageal reflux disease and is diagnosed when a  baby or child battles with persistent, frequent, symptomatic acid reflux with or without complications, needing treatment. The differences between the two conditions are defined by their severity; GERD being more serious, long-standing and needing medical intervention whilst GER is less severe, usually of shorter duration and can be totally normal.

GER usually begins when the infant is less than two months old, however, by the age of 18 months, infants should have outgrown the condition. Older children with symptoms of persistent GER or GERD need to be assessed by a medical practitioner.

NEXT What causes GERD and acid reflux in infants and children?
Back to top
Find this interesting? Share it!

Have you experienced a burning feeling in your chest during pregnancy? Heartburn and indigestion is not uncommon for expectant moms. Here's all you need to know about acid reflux during pregnancy...

What is Down syndrome and how does it happen? Here's an in depth look at how this genetic condition happens, and how to take the best care of a child born with Down syndrome.

Understanding what happens when you have heartburn and GERD during pregnancy.