How does arthritis affect the body? 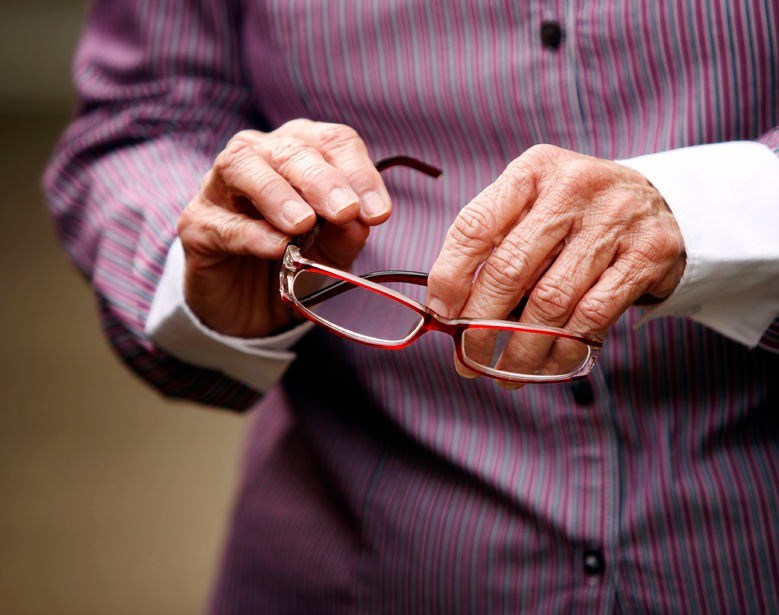 General signs and symptoms of arthritis

Symptoms as related to direct causes vary. The type of arthritis is directly related to the pattern and location of arthritic symptoms.

The general signs and symptoms associated with all variations of arthritis include:

These symptoms may be at the worst first thing in the morning. Symptoms may develop suddenly or over a period of time (within months or even years). Symptoms can also occur in flares (come and go) and as damage worsens, may begin to persist for longer periods.

Pain in the joints can fluctuate in varying degrees or be constant. It may be isolated to one specific area of the body or in multiple parts, depending on the number of affected joints. Stiffness is more often a problem first thing in the morning once awake, but can also be problematic after sitting for long periods of time, and even after exercise.

As some types of arthritis are closely associated with other types of conditions, a range of related symptoms over and above those which affect the joints can be experienced as well. Types of symptoms in this regard include fatigue, fever, swollen lymph nodes, weight loss, general malaise, as well as a range of others showing problems with the heart, lungs and kidneys.

Signs and symptoms associated with the more common types of arthritis

The most commonly affected joints are the fingers, wrists, knees, ankles and feet (on both sides of the body). Common symptoms include:

Symptoms either begin suddenly or come on gradually, and are typically more severe than osteoarthritis. Main areas of discomfort are the hands, wrists, knees, ankles, feet, shoulders, elbows, neck and jaw. Joint swelling is also typically constant which affects the ability to comfortably perform an array of daily tasks, such as walking or driving. If ill managed symptoms can affect organs such as the heart, lungs and eyes, causing further complications.

A key differentiator between Osteoarthritis and Rheumatoid arthritis is that symptoms generally occur in joints on both sides with RA. Common signs and symptoms include:

Pain in the joints affected by osteoarthritis is usually worse at the end of the day. Symptoms usually result in trouble performing daily tasks such as dressing, holding or gripping objects, brushing or combing hair, climbing stairs or bending. Affected joints may also be warm to the touch, swollen and more difficult to move comfortably.

Symptoms of psoriatic arthritis are often mild and affect a few joints, more typically the fingers and toes. Severe cases can lead to spinal damage (in the lower spine and sacrum) and result in burning sensations, as well as pain and stiffness. Fingernails may also become discoloured and pitted. Symptoms of psoriasis are also common and include skin and nail changes which worsen if the arthritis is not sufficiently managed.

Symptoms of childhood arthritis include:

Symptoms of fibromyalgia related arthritis include:

Symptoms of gouty arthritis include:

When to seek medical assistance for arthritis

It is important to take symptoms of arthritis seriously, no matter the type, as some forms require earlier intervention than others. In all cases, the risk for permanent damage or further complications to other bodily tissues (especially organs) increases over time. Arthritis should be diagnosed following a thorough medical evaluation by a doctor or specialist (rheumatologist).

If any of the general arthritis symptoms are being experienced, especially when discomfort persists for at least 3 days (or longer) or several episodes occur within a period of a month, it is best to see your doctor for an evaluation.

‘Arthritis’ in general terms is not considered a diagnosis, however, and it is best to keep this in mind. With there being so many different underlying causes of arthritic symptoms and various types and medical classifications of the condition (more than 100 related conditions or diseases), an evaluation done early enough can determine the exact variation for a diagnosis. A diagnosis is necessary in order to implement the correct, most beneficial treatment plan.

Infectious or septic arthritis, for instance, does require prompt action so as to avoid permanent damage and health further complications. In all instances where arthritis occurs rapidly, a quick diagnosis and implementation of treatment can help to better preserve joint function as well.

Who should you see to treat arthritis?

A good place to start is your general practitioner (GP) or primary healthcare provider. Arthritis can be a little tricky to diagnose initially, but if your GP suspects this enough, he or she may refer to a rheumatologist who specialises in joint, muscle and bone function (and associated medical conditions).

A rheumatologist will test and evaluate as appropriate, make a diagnosis (not matter how complex) and implement the most beneficial treatment plan possible, including home management on a daily basis.

In some instances, an orthopaedic specialist or joint surgeon may also be able to assist with evaluation, looking at the physical or mechanical causes of joint symptoms, in order to make a diagnosis. For the most comprehensive evaluation, a rheumatologist is usually best.

PREVIOUS What causes arthritis?
NEXT Diagnosing and treating arthritis
Back to top
Find this interesting? Share it!