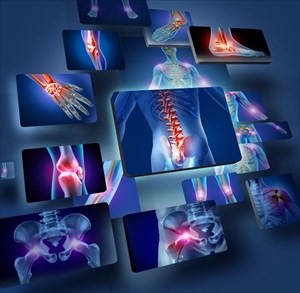 Arthritis is characterised by an inflammation of the joints (the area in which two bones in the body meet). This can cause difficulties with movement of affected body parts and result in varying degrees of discomfort.

Inflammation can affect one area (or joint) or multiple portions of the body, with symptoms developing over time. Symptoms as a result of inflammation may also develop rapidly. The most common symptoms associated with arthritis conditions are joint stiffness and pain (arthralgia), as well as swelling (inflammation). Such symptoms typically worsen with age which contributes to a decreased range of motion.

While arthritis refers to the common symptoms of stiffness, pain and inflammation affecting the joints, it is not classified as a single condition. There are many forms and variations of joint pain or joint disease.

Symptoms of arthritis can range from mild to moderate or severe. Many may describe their range of discomfort as ‘the same’ for long periods of time (sometimes years) before noticing a distinctive change. The nature of arthritic conditions is that symptoms do progress over time and can worsen to the point of severe. Severe arthritis can lead to chronic pain, greatly affecting the ability to perform normal daily activities. Chronic pain increases risk for permanent changes to the joints. Permanent physical changes can include knobby finger joints, and an array of internally affected areas of the body which can be seen through imaging tests such as X-rays.

Damage through inflammation can also extend beyond the joints and affect surrounding tissues, including those of the eyes, lungs, kidneys, heart and skin.

Arthritis, as a condition is more commonly diagnosed in females than males, especially where excess weight is an issue. Adults over the age of 65 commonly develop arthritis conditions, but inflammation is also known to develop in younger adults, as well as children and teenagers.

As arthritis is a progressive condition, it’s important to seek medical intervention for appropriate treatment. Once the specific form or type is determined and diagnosed, appropriate treatment can be implemented as a way to reduce symptom effects on the body and improve a person’s overall quality of life.

NEXT Types of arthritis
Back to top
Find this interesting? Share it!

Lupus is a chronic autoimmune disease which causes inflammation throughout the body. Here's how to recognise the signs and learn to treat, and better cope with the condition ...

"I hurt all over." Is pain that is felt all over the body really just in your imagination? It could be fibromyalgia, now a classified medical condition. We delve into what the condition is...

Excess uric acid in the body is one of the main underlying reasons gout (or gouty arthritis) occurs. Learn more about the condition here...

X-rays are a very common procedure that many of us have had to have or may have in the future. Learn more about the imaging test here...