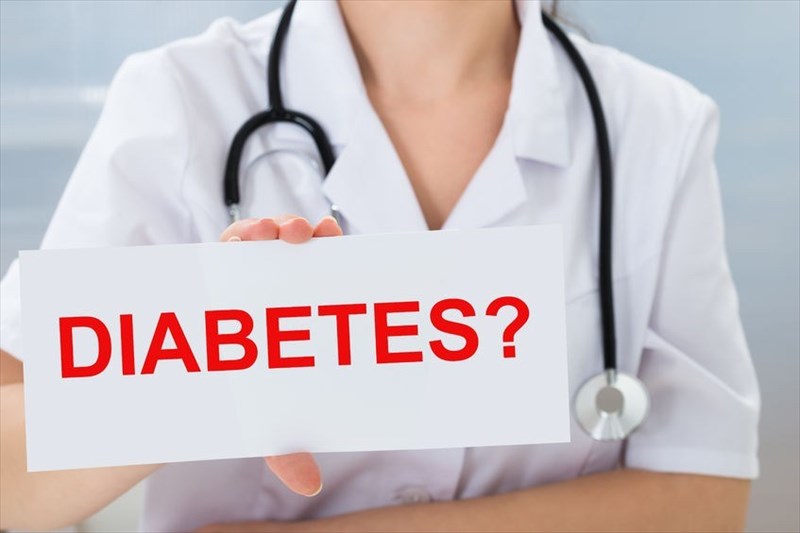 Diabulimia, a term created to describe an eating disorder that is specific to patients with type 1 diabetes, is characterised by skipping or limiting insulin dosing to lose weight. The condition is accompanied by body dysmorphic behaviour and binge eating episodes. Due to this, diabulimia is known as a dual diagnosis disorder, wherein the patient has diabetes and an eating disorder simultaneously.

Diabulimia has been on the rise in the last ten years and although it is not yet recognised as an official medical condition, this emerging disorder is serious and can lead to the rapid development of complications associated with diabetes.

Diabulimia is thought to affect as many as one third16 of women with type 1 diabetes, particularly girls diagnosed with diabetes as adolescents17, many of whom are now dealing with severe neuropathic and heart complications as a result of the misuse of insulin17.

Experts believe that eating disorders may easily develop in those with diabetes, as these individuals are required to continually manage their condition by focusing on their diet and weight control. These factors are linked to anxiety as banned foods and careful diet management can lead to an obsession with certain foods and weight.

Those with diabulimia are able to control their diabetes to a certain point, however, the lack of insulin in their bodies will result in a number of health complications.

How insulin works in the body

Type 1 diabetes is a chronic condition wherein the pancreas produces little insulin or no insulin at all. Insulin is a vital hormone made in the beta cells of the pancreas. Insulin works together with the hormone glucagon, both of these hormones aid in regulating blood sugar. Glucagon has a catabolic effect, this refers to the breakdown of molecules to be used for energy, whereas insulin has an anabolic effect, meaning the hormone acts to build and repair molecules.

When there is an adequate amount of insulin in the body, this will keep the blood sugar at a healthy level. During the digestion of food, certain foods containing carbohydrates are converted into glucose (sugar) for the body to use, most of this sugar will be sent into the bloodstream, causing blood glucose levels to rise. This reaction will signal the pancreas to release insulin which will inform the cells in the body to absorb glucose from the bloodstream. As the glucose moves into the cells, blood glucose levels will decrease. Some of the cells will use glucose for energy, other cells such as the muscles and liver will store excess glucose as glycogen which will be used as a fuel source in between meals. Insulin acts as a key to unlock the doors of the cells and allow for glucose to enter.

This is where glucagon comes into play. A few hours after eating, blood glucose levels will drop, this triggers the pancreas to produce glucagon which will signal the muscle and liver cells to change stored glycogen, back into glucose to be transported in the blood stream for cells to use for energy. The feedback loop between insulin and glucagon is always in motion and ensures that the body has a steady energy supply.

Type 1 diabetes is a chronic autoimmune disease that targets and destroys the beta cells of the pancreas resulting in the insulin production taking a toll. When this occurs, the body cannot fuel itself and will start to use fat and protein stores for energy, this leads to high blood sugar which can lead to a number of health complications. A person with type 1 diabetes will need to take insulin through a pump or injection. In this instance, insulin is, theoretically, a potentially life-saving medication for those suffering from type 1 diabetes. 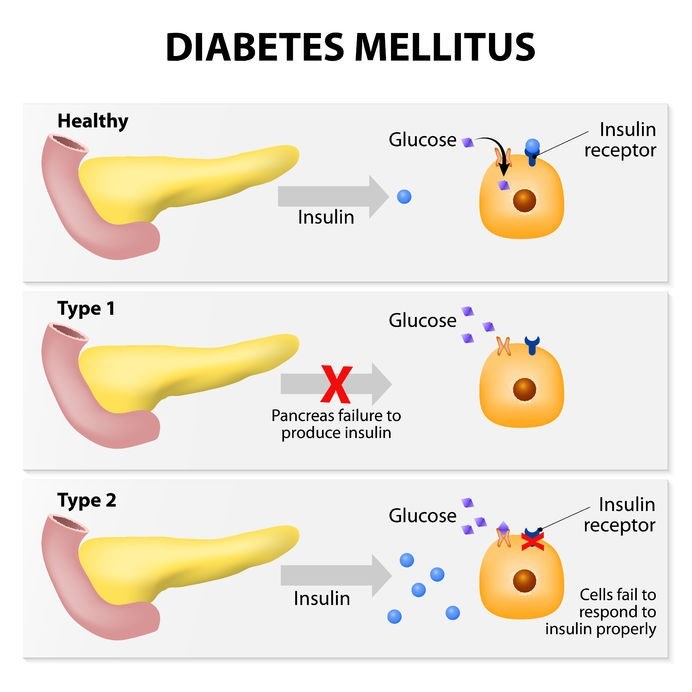 When insulin is taken in higher doses, whether in those with type 1 diabetes or not, this aids in muscle building but also leads to the storage of adipose tissue (i.e. fat).

When consuming more food than is necessary for the body’s energy requirements, the excess amounts of glucose will be transported and stored in the body. Insulin aids in converting this excess glucose into either glycogen or fat to be stored in the fat cells.

A study18 conducted in 2010, researched how insulin is able to stimulate the fat cells to absorb glucose. The team of researchers found that when cell membranes are exposed to insulin, their rate of glucose absorption quadrupled compared to cells exposed to a neutral liquid. This shows that if insulin amounts in the body are increased, fat accumulation may be promoted through the storage of excess glucose and increased glucose absorption by the fat cells. If insulin is limited in the body, this can result in weight loss by preventing the stimulation of fat cell growth.

Another result of insulin deficiency in the body is when the body begins to produce ketones, these are the acid that remains after the body starts to burn its own fat.

When there is a lack of insulin, glucose cannot be utilised by the body and will begin to accumulate in the blood, since this glucose is unable to be used for energy, the body will begin to break down fat instead as a fuel source. The liver converts fatty acids into ketones, these are then released into the bloodstream to be used for energy. High levels of ketones in the urine indicate that the body is burning fat as a main source of energy.

In those who have type 1 diabetes and skip their insulin dosage, high levels of ketones may result in a severe condition referred to as ketoacidosis. Some of the issues that arise from ketoacidosis include:

The symptoms and signs of diabulimia include:

Insulin deficiency can result in:

Diabulimia is becoming increasingly popular amongst young girls and women with type 1 diabetes. The issue arises when these women take just enough insulin for their bodies not to exhibit any signs of insulin-deficiency, but in doing so deprive themselves of the right amount of insulin in order to achieve weight loss. Doctors, parents and loved ones will need to pay close attention to ensure the person with diabetes is taking their insulin injections correctly and not missing any so as to avoid any health consequences.

PREVIOUS Recovering from bulimia
Back to top
Find this interesting? Share it!