What are the different types of purging and non-purging in bulimia? 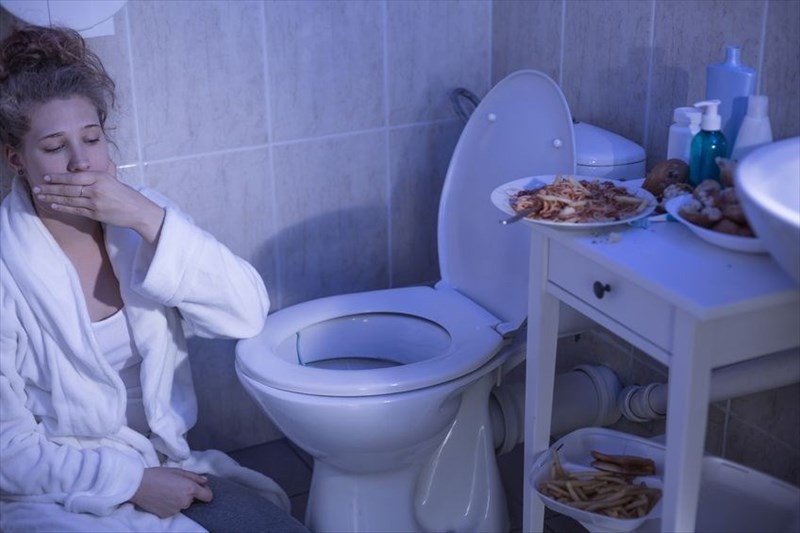 What are the different types of purging and non-purging in bulimia?

Purging is a way to rid oneself of the calories ingested as a part of a food binge.

There are two main types of bulimia:

The above-mentioned types of bulimia often overlap as sufferers attempt to rid themselves of calories from a binge episode.

The main types of purging, accounting for more than 90% of bulimia purging behaviours4 are:

When a bulimic’s well-thought-out method of purging is disrupted, they will typically exhibit emotions of frustration, anxiety and depression as they fear their body will respond to the food binge with weight gain. This body image obsession will drive them to purge soon after a bingeing episode so as to prevent any unwanted calories from staying in their body.

Purging bulimia is characterised by the use of the following methods to eliminate excess caloric intake:

This may be done by sticking a finger down the throat or using an item such as a toothbrush to activate the gag reflex, both of which result in food returning from the stomach back through the throat and mouth to be expelled.

Laxatives are typically used when one is constipated and has been for a number of days, resulting in a desperate need to have a bowel movement. However, those with bulimia take laxatives to promote a bowel movement without the presence of constipation.

There are two main types of laxatives:

Diuretics are taken to rid the body of excess fluid and water retention by increasing the rate at which one urinates. Diuretics are also known as water tablets and work through stimulating the kidneys to increase the amount of water and salt that is passed through urine. When the body has too much salt, this can result in excess fluid accumulating in the blood vessels and other areas of the body.

Diuretics are often used as a ‘quick fix’ by those suffering from bulimia to control weight (although the scale weight that is thought to be ‘lost’ is technically just water and will be regained when fluids are consumed).

Enemas are another form of treatment for constipation and are used to wash faecal matter that causes discomfort from the bowels. Some bulimia sufferers will give themselves an enema after binge eating. Enema kits can be bought over the counter at a number of pharmacies and are administered by pumping a water solution into the bowel and colon via the rectum. Enemas eliminate faecal build-up by loosening faecal matter within the bowel and eliminating it within minutes.

Exercise is typically a healthy pastime to perform, this makes it difficult to detect someone who is over exercising and even when this is identifiable, it is not always an indication of bulimia.

Exercise bulimia refers to extreme and pathological exercise that is undertaken in order to counteract the consumption of excessive amounts of food.  Those with exercise bulimia will constantly track calories burned during exercise, become anxious or angry if they have missed a workout and defensive or upset if someone mentions that they may be exercising too much.

Another non-purging form of bulimia is known as fasting, this is quite rare in those with bulimia and refers to intentionally fasting or abstaining from food after a binge. This can be done for an entire day or longer.

Purging methods and their effect on weight loss

The main aim of purging is to compensate for the act of bingeing in an attempt to deal with the guilt surrounding the calories consumed after eating a large amount of food. However, some experts argue that although methods of purging may prevent some weight gain, the use of laxatives and diuretics are often ineffective in the total prevention of weight gain as laxatives rid the body of waste once food has already been utilised by the body after it travels through the stomach and small intestine, leaving only fibre and other waste matter to pass.

Diuretics aid in ridding the body of excess fluid, this loss of fluid may give the illusion of weight loss, however, it can just as easily be regained through the consumption of food and drinks.

Even self-induced vomiting has shown to only relieve the body of some of the calories ingested as it readily and quickly absorbs the nutrients and vitamins needed from food to be used as energy, regardless of how soon after eating the vomiting takes place.

Studies have shown that even the most successful purging through vomiting will only be able to rid the body of 60% of the calories eaten. This means that the average person purging will only be able to rid themselves of roughly 30% of the calories eaten. This is due to the fact that the process of absorption of food starts in the mouth, it then continues in the oesophagus, and finally, in the stomach. Therefore, even if someone vomits up all of the contents of their stomach, a number of calories have already been absorbed. The same principle pertains to the use of laxatives.

Research has shown that vomiting may further encourage the acts of larger quantities of food being eaten when bingeing and overeating, leading to weight gain. The individual suffering from bulimia will have a false sense of security that purging will effectively eliminate all of the calories eaten. This thinking fuels further bingeing and larger quantities of food being binged on.

Fasting has shown to increase cravings and adversely affect one’s mood with little to no effect on substantial weight loss. Weight that is easily lost due to fasting, can easily be regained in a short amount of time. Fasting also slows down one’s metabolic rate, this can make weight gain even faster when normal eating resumes.

Excessive exercise is one of the few methods used to rid bulimics of calories that may lead to weight loss, but this form of non-purging has significant results on one’s health and overall well-being. Some complications of excessive exercise include muscle tears, increased injury risk, a weakened immune system and heart problems.

Those suffering from bulimia need to realise that methods of purging are unable to compensate for the calories eaten, and are, by no means, ways to wipe the slate clean. Both purging and non-purging methods put a great deal of pressure on the body.

PREVIOUS Bulimia Nervosa
NEXT What are the symptoms of bulimia?
Back to top
Find this interesting? Share it!