What are the causes and risk factors for bulimia? 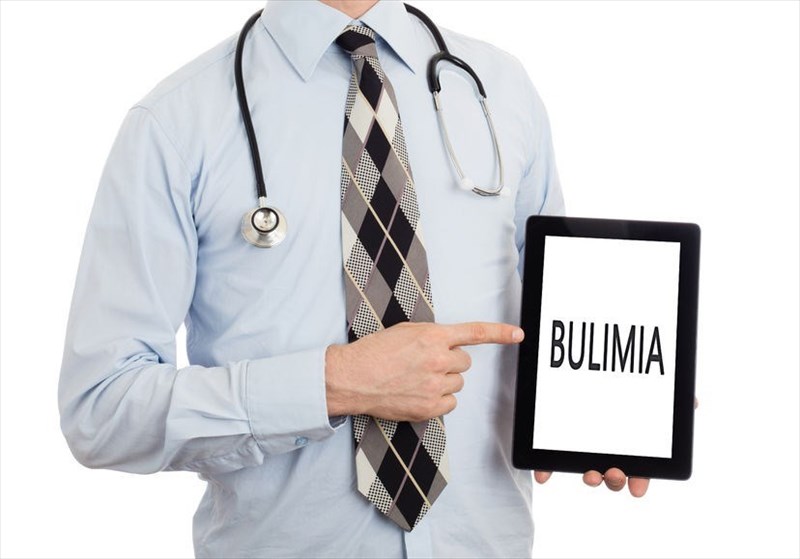 There are a number of theories as to what causes bulimia, but the exact cause of the condition is unknown. There are several factors that may have a role to play in the development of the condition, these include:

The functioning and levels of the neurotransmitters serotonin and dopamine are thought to play a role in the development of bulimia nervosa as follows:

Although hormonal abnormalities may be a result of binging and purging in bulimia rather than the cause of it, complex, abnormal interactions between appetite stimulating peptides (neuropeptide Y (NP-Y) and peptide Y (PYY)) and appetite suppressing factors (cholecystokinin (CCK) and beta-endorphin) exist and play a role in the condition6.

No definite inheritance pattern has been identified to date, however genetic factors do appear to play a role in the development of bulimia. Further genetic studies are needed to explore this association.

It is also thought that those suffering from bulimia nervosa may be predisposed to decreased suppression of ghrelin and cholecystokinin (hunger hormones) after meals which hinders satiety and may lead to behaviours characteristic of the eating disorder.

Issues relating to mental and emotional health can contribute to the development of bulimia. These include:

Risk factors in the development of bulimia

There are a few risk factors that may increase one’s chances of developing bulimia, some of these include7:

**My Med Memo – Serotonin is a vital chemical neurotransmitter produced by nerve cells in the body. The chemical sends signals between the nerve cells and is most found in one’s digestive tract. Serotonin is created from an amino acid known as tryptophan, this amino acid enters the body through one’s diet and is found in foods such as red meats, nuts and cheese. Serotonin affects the functioning of the muscles, endocrine and cardiovascular systems and plays a role in appetite, sexual desire, mood, memory, temperature and body functioning. If serotonin levels are disrupted, all of these functions may be impacted.

Having a higher body mass index (BMI) or being overweight as a young child or teenager may also increase one’s risk of bulimia.