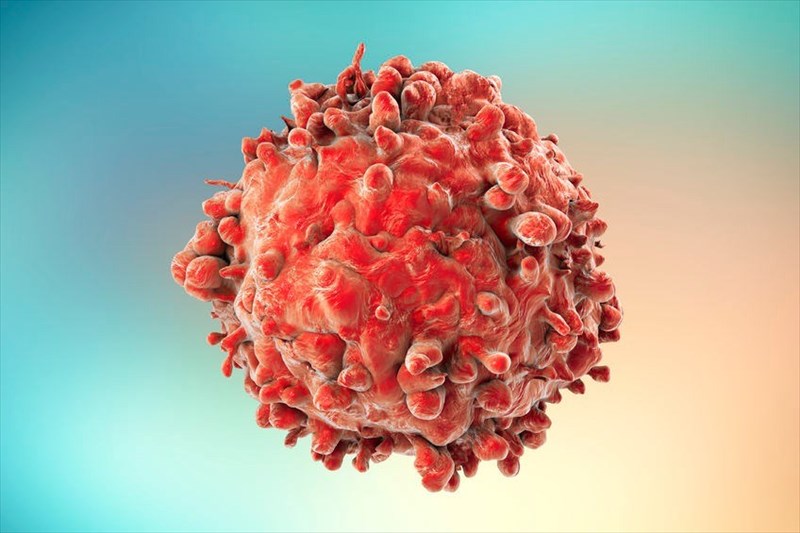 There are certain clinical terms for the general types of cancer, these being:

With over 100 types of cancer in existence, it is too extensive a list to name and describe them all. The following provides an overview of the most commonly searched and diagnosed cancers:

The bladder is a hollow organ, situated in the lower part of the abdomen that holds urine that is passed out of the body.

Transitional cell carcinoma is the commonly found form of bladder cancer. It starts in the urothelial cells in the lining of the bladder that are able to stretch and move with the amount of urine in the bladder, these cells arise from squamous cells. This type of cancer is known as urothelial carcinoma, however, it is also referred to as squamous cell carcinoma, which are the flat cells lining the bladder wall. Another type is adenocarcinoma (which begins in the cells that release and produce mucus and other fluids).

If you smoke, you may have a higher risk of developing bladder cancer. Exposure to certain chemicals, including beryllium, asbestos, benzene, vinyl chloride, and arsenic are examples of human carcinogens which are believed to cause cancer in humans. There is also a parasite infection that can affect the bladder caused by bilharzia that is thought to be associated with high risk of bladder cancer.

The most prevalent sign of bladder cancer is blood in your urine. If diagnosed early, it can be easier to treat. 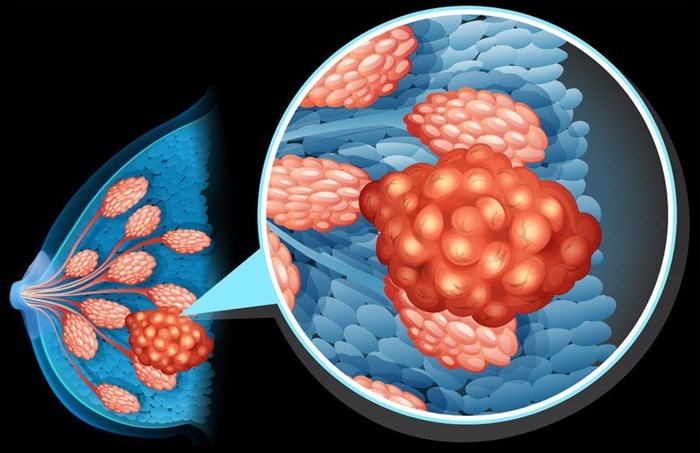 The most common kind of breast cancer is ductal carcinoma, here the cancer begins in the cells of the milk ducts.

To put this into perspective, it is best to explain that your breast consists of glands referred to as lobules. Lobules make milk, the milk ducts, which are thin tubes, transport the milk from the production site within the lobules to the nipple. Your breast tissue also contains connective tissue and fat, blood vessels and lymph nodes. Breast cancer may start in the cells of the lobules as well as other breast tissues.

Ductal carcinoma occurs when cells that are normally found inside the ducts’ lining, become abnormal and are consequently found outside of the ducts.

Breast cancer is considered invasive when the disease spreads from its site of origin in the ducts or lobules to the tissue surrounding these. Inflammatory breast cancer is when the breasts become red and swollen and feel warm due to the fact that the cancer cells have blocked the lymph vessels in the skin, causing inflammation.

Although it is a more common occurrence in women, men are also at risk of developing breast cancer. 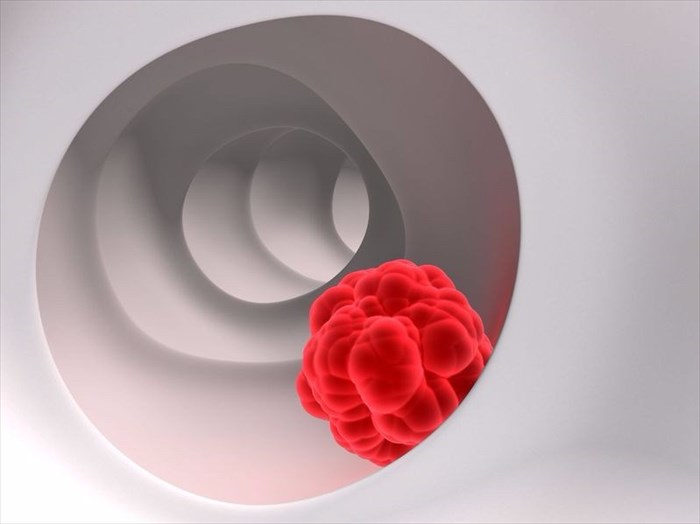 This type of cancer is found in the rectum or colon. These are part of the large bowel (large intestine), being the lower area of the digestive system. When your body digests food, it passes through the stomach and small bowel (intestine) and then through the colon. Your colon is responsible for absorbing nutrients and water that the body needs. The rest is stored as waste in the form of a stool. The stool passes from the colon and through the rectum where it will leave the body when you go to the toilet.

The majority of cancers that are colorectal in nature originate in the cells that are responsible for making and releasing fluids and mucus, these types of cancer are called adenocarcinomas.

Colorectal cancer may starts as a polyp (abnormal growth), that often forms on the inside walls of the rectum or colon. Over time these may develop into cancer, the location and removal of these growths will prevent cancer from developing in future.

Colonoscopies and faecal occult blood tests, which checks for blood in the stool, have decreased the number of deaths due to this type of cancer. 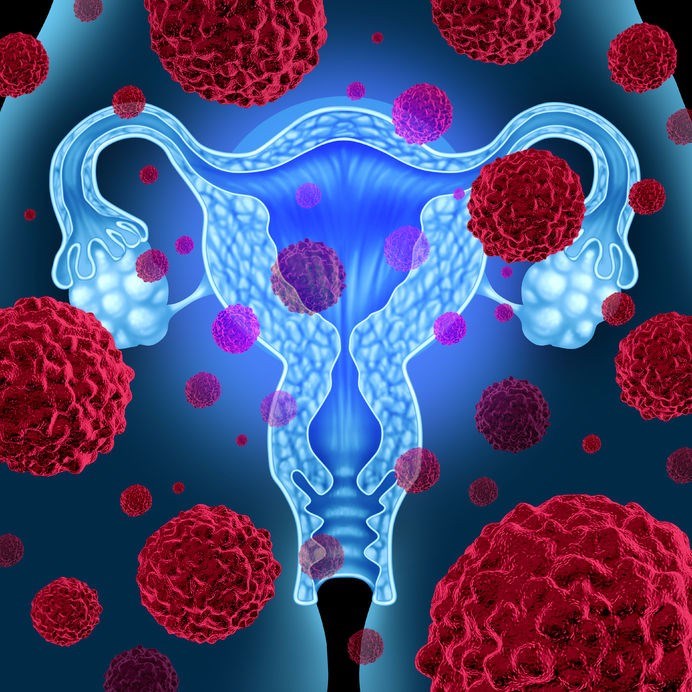 The uterus is the hollow organ where the foetus grows when a woman is pregnant. Most uterine cancers begin in the endometrium, which is the inner lining of the uterus, these are known as endometrial cancer. Most endometrial types of cancer are adenocarcinomas.

The most common sign of endometrial cancer is unusual vaginal bleeding.

If detected early enough, endometrial cancer may be cured, however uterine sarcoma, a less common type of uterine cancer, is harder to cure. 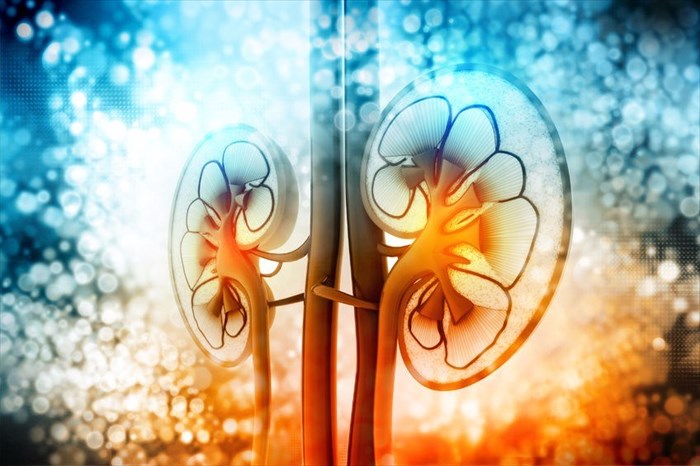 Your kidneys' job is to clean the waste out of your body and create urine. The kidneys also make hormones that regulate blood pressure and tell the bone marrow when red blood cells are needed.

Kidney cancer is divided into three types. The first being renal cancer, which is the most prevalent type in adults, the second being Wilms tumours which are the most prevalent type in children. These types are formed in the tissue that makes urine in the kidneys. Transitional cell cancer is known as the third type and this forms in the ureter and in the renal pelvis in adults.

Smoking and taking prolonged doses of pain medication can increase your risk of developing kidney cancer. Some studies have shown that hypertension, diabetes and hormonal involvement in women who have been pregnant a number of times, may be associated with a higher risk of developing renal carcinoma.

It is important to keep in mind that kidney tumours may be benign (noncancerous) or malignant (cancerous).

Leukaemias are cancers that have formed in bone marrow tissue that is responsible for blood-forming. They don't form tumours that are solid, instead, they result in large amounts of leukocytes, being white blood cells increasing in the bone marrow, resulting in the other blood cells that are abnormal being overruled. This often makes it difficult for oxygen to get to the tissues in the body, as well as creating difficulty in controlling bleeding or fighting infections – thus weakening the body’s immune system.

Leukaemia is the most prevalent cancer in children younger than 15 years of age and occurs commonly in adults over the age of 55. 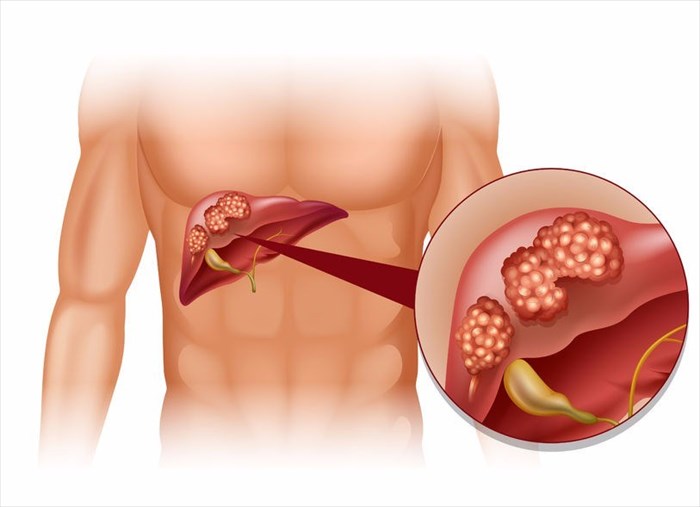 The liver is a very important organ of the body as it cleans the blood of toxins, creates bile which helps to digest fat, creates and stores sugar for energy and creates substances that aid in the blood being able to clot.

The most prevalent type of liver cancer is hepatocellular carcinoma – occurring in the tissue of the liver.

Being rarer in children and teenagers, there are two types of liver cancers that can be found in children, namely hepatoblastoma and hepatocellular cancer.

Most cases of lung cancer are caused by smoking, this includes those who have been exposed to second-hand smoke. Patients with lung cancer are often not cured by current treatments. 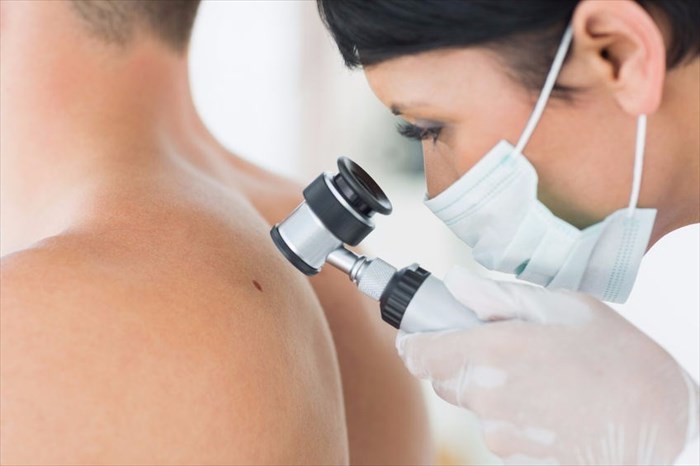 Our skin is our layer of protection against the sun, heat, infection and injury. It also stores water and fat and controls body temperature. Skin cancer is the most common cancer and is usually formed where the skin has been exposed to sunlight, but it can occur on any place on the body.

Your skin has many layers, like an onion, starting with the outer layer being the epidermis – this is made up of a variety of cells which help to perform certain functions. There are a few different types of skin cancers which are categorised based on the cells that have been affected.

Melanoma is more aggressive than the majority of skin cancer types when it goes undetected and is not diagnosed in the early stages, it can progressively spread to other parts of the body. Melanoma is the leading cause of death in skin cancer patients.  It is therefore exceptionally important to continually examine your skin and have any changes in the appearance of moles and spots checked by your doctor or dermatologist. It is advisable to be suspicious of any moles that show changes in colour, are different shades of black, grey or brown and change shape in any way, especially if they are newly developed.

This type of cancer starts in the lymph system – being the part of the body that helps to fight infection as it is part of the immune system. Lymph tissue is found throughout the body, therefore lymphoma can start practically anywhere.

The classic type is Hodgkin lymphoma If detected early, it can usually be cured. With this type, abnormal and large white blood cells in the lymph nodes called Reed-Sternberg cells, begin to build up and spread, compromising the body’s ability to fight infection.

The treatment and cure for these types of cancers are based on the stage and type of lymphoma. 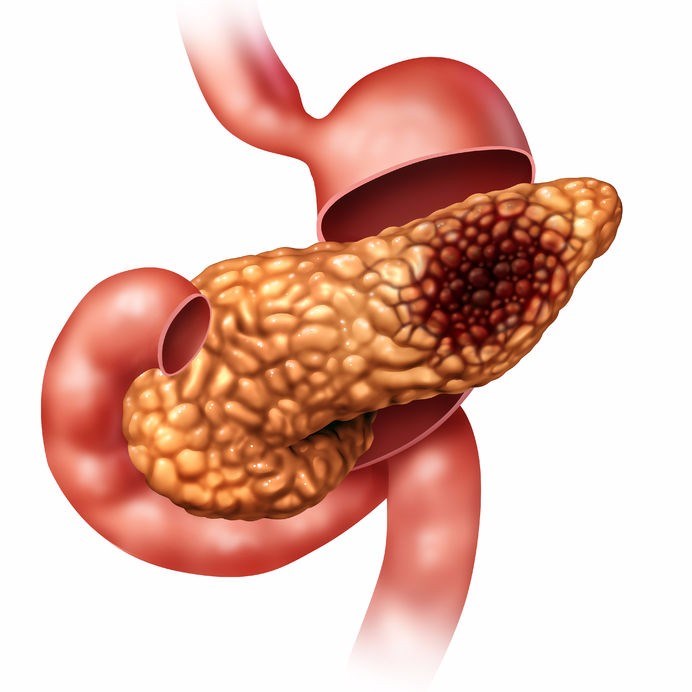 The majority of pancreatic cancers are formed in the exocrine cells as tumours and don't show symptoms of their appearance, making it difficult for early detection and diagnosis. Patients with this cancer are often not cured due to its often late discovery.

The prostate gland produces fluid used that plays a role in the formation of semen. After skin cancer, prostate cancer is the most common type of cancer in men and is the leading cause of death amongst cancers. Most cases of prostate cancer are as a result of adenocarcinomas (cancer formed in the glandular cells of the epithelial tissue that has the potential to affect other organs) and often does not show early symptoms – making early detection difficult. When it becomes advanced it may result in men having a higher urination rate or experiencing a weaker urination flow – however, these symptoms may also be the result of benign prostate conditions.

Prostate cancer is indolent (causing little or no pain) and the majority of males with this cancer are usually above the age of 65 and if treated early survive the disease.

It is always important to talk to your doctor about prostate cancer risks and if you will need PSA (Prostate-specific antigen) screening tests or a DRE (Digital Rectal Exam). 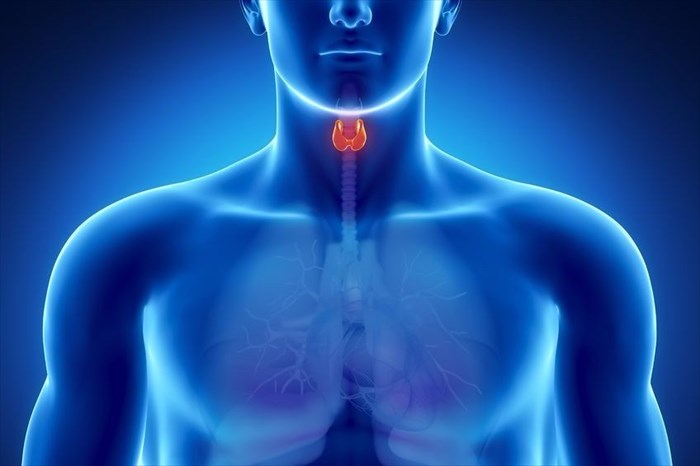 Your thyroid gland is at the bottom of your throat and near your windpipe. It creates hormones that aid in controlling your heart rate, temperature, weight and blood pressure. The four types of thyroid cancer are, papillary, medullary, follicular and anaplastic (hard to cure with current medications and treatments available). Of the four, papillary thyroid cancer is the most prevalent.

Having specific genetic conditions such a medullary thyroid cancer in your family can increase your risk of thyroid cancer, as well as radiation exposure to the neck and head at a young age.