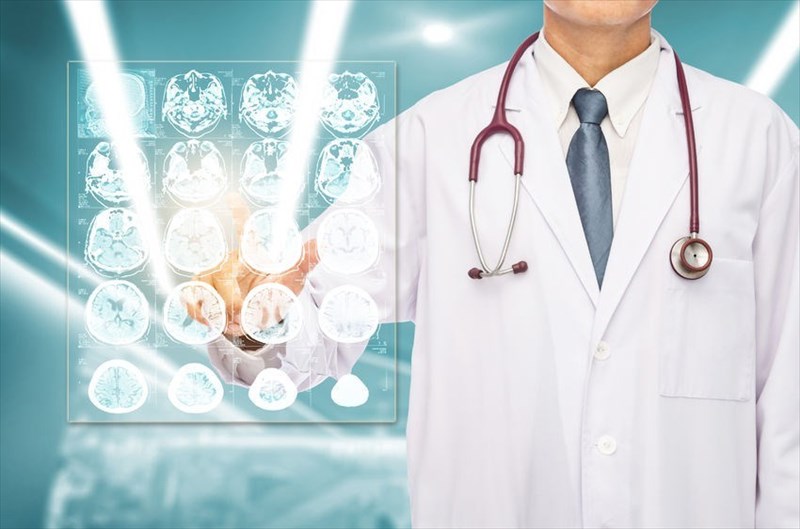 There are no formally developed clinical guidelines for the diagnosis of CTE in living patients. Currently, the only definitive way to identify CTE diagnostically is through post-mortem analysis (autopsy / neuropathological examination) and retrospective interview evaluations. Interviews are conducted with the close relatives or caretakers of a deceased sufferer and are aimed at evaluating his or her physical and psychological profile in as much detail as possible – a history of behavioural, mood and cognitive changes, as well as any known details of head injury or impact events (which may qualify as sub-concussive) leading up to their death form the basis of these types of enquiries.

During neuropathologic analysis, brain tissue is sliced and stained with various chemicals in order to better highlight p-tau accumulation clumps, making them more visible. The tissues are then carefully analysed to determine whether they fit into the known pathological pattern for CTE. The spectrum of disease progression can then be determined according to CTE condition stages.

Many of the identified signs and symptoms (which are often noticeable in life) are similar to other degenerative conditions like Alzheimer’s disease and Parkinson’s disease. Late stage CTE may show indications that overlap with features of dementia or even Alzheimer’s. Neuropsychiatric symptoms could even be interpreted as PTSD (post-traumatic stress disorder) as the clinical courses of both diseases could potentially overlap.

As of now, there are no specific biomarkers or appropriate testing procedures identified for the diagnosis of CTE, as there may be for other neurodegenerative diseases. This means that no medical professional can yet accurately predict the potential presence of the condition in a living individual with any surety, and thereby make an official diagnosis of CTE in order to offer treatment. It has yet to be determined if the use of neuroimaging tools (and specifically which ones) could be an effective diagnostic tool for CTE in living patients.

Research teams dedicated to better understanding the nature of CTE have prioritised diagnosis and treatment so that definite clinical guidelines can be developed using that knowledge. To date, the most detailed neuropathic understanding researchers have about the condition is heavily reliant on the subjects studied (i.e. mostly retired contact sportsmen and military veterans) who have already passed away. This has led to the definition of the disease becoming heavily linked with more predictably aligned injury exposure (as associated with a sufferer’s occupation). Repetitive head / brain impacts acquired from less severe exposure sources relating to the general public (like those sustained from occasional falls or even multiple concussions) is notable but far less understood in terms of research at this time.

Other factors could very well influence the progression of the disease, affecting population groupings other than those associated with current risk profiles. As such, more research is needed to establish an all-round picture in order to better understand the specifics relating to occurrence, progression and clinical presentation (signs and symptoms) of CTE as a whole. Thorough research is also needed to look at whether there are possible non-head trauma risk factors for CTE and whether personality or lifestyle factors could contribute to its development as well. There are still plenty of gaps when it comes to understanding the causal, risk factor and clinical presentation of CTE, and to what extent any potential contributing element can play a role.

The goal is also to try and better determine all possible contributing factors like genetic influences and all other associated risk features, as well as underlying physiological and structural changes in the brain so that identifiable biomarkers can be used to develop diagnostic guidelines and criteria. Once this is achieved, diagnosis may be able to take place in living patients and medical professionals can do away with autopsy and retrospective interviews as a primary means of identifying the condition. Incidence and prevalence could also be better identified in living populations. Once this is better understood, it will also help to develop effective treatment measures and even preventative recommendations.

Areas of focus for present and future research studies associated with diagnostic tool development include:

2. Determining which advanced neuroimaging testing procedures can be best used

Diagnostic guidelines would probably need to factor in the following as requirements:

At this stage opinions appear to differ with regards to how long symptoms should be present before a diagnosis of CTE could be made while a person is alive. Those researchers who have given a timeline provide a range from at least 1 (12 months) to 2 years following known impact exposure. Any guidelines would need to factor in features of acute symptom onset cases (like a concussion event) and delayed symptom onset instances. With delayed instances, for example, there are generally indications of impact (symptoms) which are present following a period of recovery. In acute instances, indications may not be present or as clear within 6 to 12 months following impact recovery, making it difficult to gauge / estimate a level of damage incurred.

Diagnostic guidelines which are eventually developed would also need to be able to distinguish ‘definite’ cases from ‘probable’ and ‘possible’ instances of CTE.

Diagnostic procedures would likely be structured similarly to most other conditions whereby consultations would include a thorough medical review, physical examination, mental status evaluation and neurological testing (brain analysis). Diagnostic testing to rule out other potential medical conditions would also likely form part of the process and wold be implemented as applicable.