Signs and symptoms of conjunctivitis 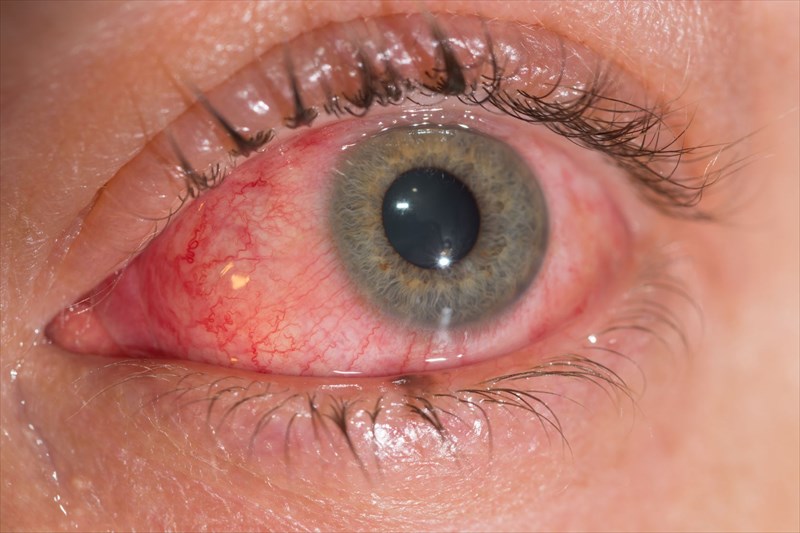 General signs and symptoms of conjunctivitis 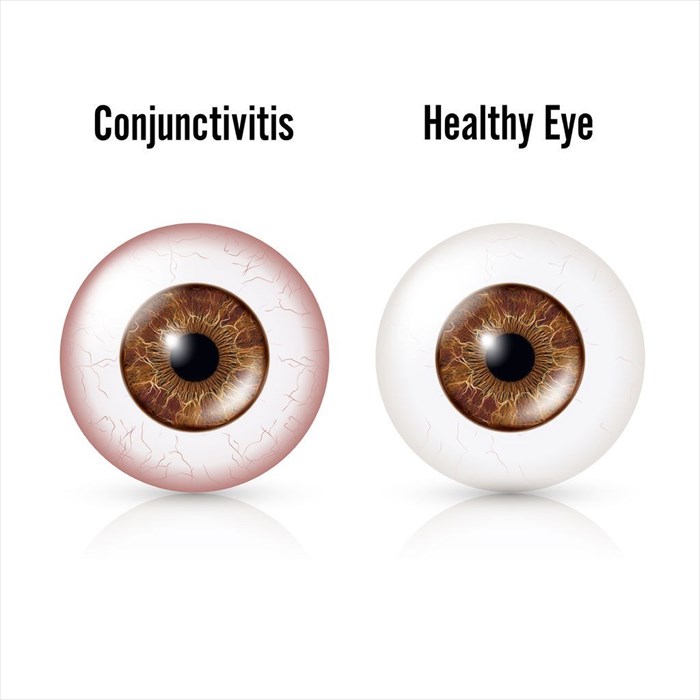 Signs and symptoms of conjunctivitis based on the cause:

How long do conjunctivitis symptoms last?

Symptoms of conjunctivitis can last anywhere from a few days to several weeks (2 to 4 weeks), depending on the nature of the underlying cause (or type). If complications develop, symptoms (along with others) may persist for a longer period.

Viral conjunctivitis / pink eye is highly contagious for the 3 to 7-day prodromal period (i.e. the time when the first signs and symptoms begin to show) and approximately 10 to 12 days thereafter, for as long as the eyes are red.

The contagious period may vary however, according to the underlying cause. If pink eye is due to measles or German measles for instance, symptoms may persist for a few weeks. This type of pink eye is typically at its worst during the first 4 to 7 days once symptoms begin and improves thereafter, generally resolving after two to four weeks. Bacterial conjunctivitis usually takes 1 – 2 weeks to resolve (even without treatment). A person is, however, not normally contagious 24-hours following the commencement of antibiotic treatment. Thus, a doctor may advise that a person remains home, away from the company of others, until at least 24-hours after treatment commences so as to avoid potentially spreading the infection. Once undergoing treatment, the risk of transmission is reduced, and a person is less likely to spread infectious conjunctivitis to others.

If no treatment is prescribed (as may be the case in viral conjunctivitis which will run its course), a person with pink eye should stay clear of others until all symptoms resolve, or for as long as a medical doctor recommends. Eye drops may be recommended to ease irritation and discomfort. Antibiotic treatment will only be effective in the case of a bacterial infection.

Allergic conjunctivitis typically resolves in a short time period once the allergen triggering the adverse response is removed. Recurrences are common where the cause of the reaction is not entirely avoided / avoidable.

In all instances of conjunctivitis, it is wise to follow the directions of a medical doctor, especially where contagious forms of pink eye are determined. A doctor will likely indicate the type of conjunctivitis based on a thorough medical evaluation, and as such, make recommendations on treatment, including the time necessary to be spent away from others to avoid transmitting the infection. It is best to follow these recommendations, especially if pink eye is of the contagious variety.

When should you worry?

A consultation with a medical doctor is advisable if:

What can go wrong when I have pink eye?

Complications of conjunctivitis can include:

The risk of developing conjunctivitis complications is reasonably small, however, if pink eye is one of several symptoms associated with an underlying medical condition, such as sexually transmitted infections (STI) like HSV-2 (genital herpes) or gonorrhoea, chances increase somewhat.

Most at risk for complications are newborn infants. Neonatal conjunctivitis can be severe and progress (worsen) fairly quickly. If inadequately or not timeously treated, complications can be devastating, potentially resulting in permanent visual impairment. If the underlying infection is chlamydial, a newborn is at risk of developing pneumonia (inflammation of the lungs), which can be highly life-threatening for a baby.

It is possible, although very rare, for newborns to also develop complications such as:

For the most part, neonatal conjunctivitis is usually picked up in a newborn and treated timeously. Newborns affected by infectious conjunctivitis thus generally make a full recovery with little to no serious complications or long-term effects.