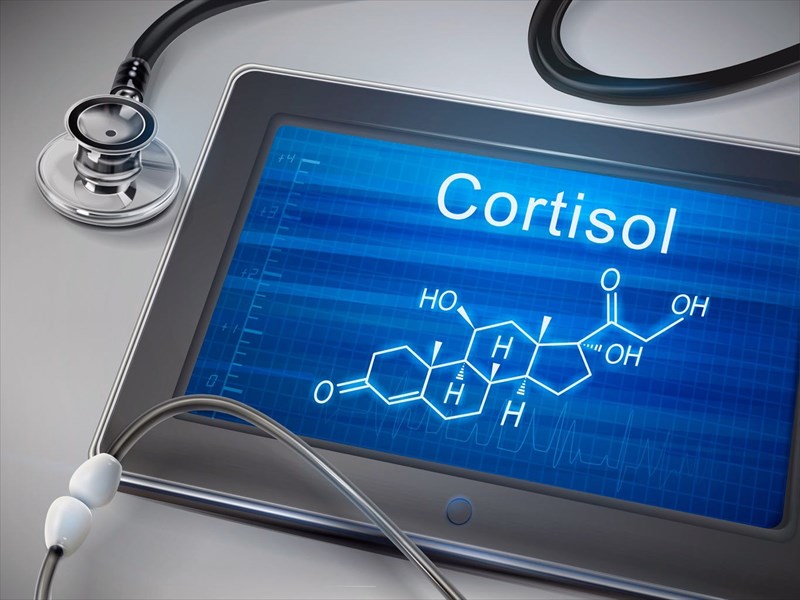 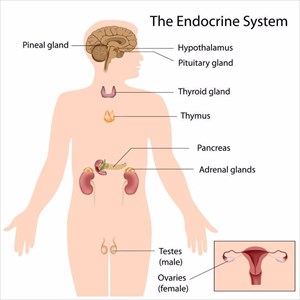 A steroid hormone, cortisol (also known as hydrocortisone) helps to regulate the body’s metabolism and immune response, among many other things. Often dubbed, ‘the stress hormone’, cortisol plays a very important role in regulating how the body responds to stress (emotionally or physically).

Cortisol is classified as part of a class of corticosteroids known as glucocorticoids (steroid hormones). The hormone is produced in the outer (protective) layer of the adrenal glands (or cortex) which are located above the kidneys, before being released into the bloodstream. Once in the bloodstream, cortisol travels all around the body, which allows the hormone to have different functions in specific areas, depending on the cells absorbing it.

Virtually every cell in the body contains receptors for the hormone and is able to use it for different functions. Thus, cortisol has a hand in helping to regulate blood sugar levels (metabolism of fat, protein and carbohydrates for usable energy), salt and water balance (controlling the amount of water in the body), and blood pressure (and the cardiovascular system), while also balancing insulin levels (breaking down sugar), influencing memory formation, aiding in controlling inflammation (suppressing the immune system), and even assisting with the development of a growing foetus during pregnancy.

When at correct levels, cortisol is hugely beneficial for the body, helping to maintain regular sleep-wake cycles, aiding the body to cope with stressful situations and sustaining normal function (life).

How does cortisol affect the body?

Cortisol is released into the body (secreted) according to a person’s activity patterns each and every day. Typically, levels of cortisol in the blood are at their highest first thing in the morning (following sleep), reducing throughout the day. Levels in the blood do vary however based on a person’s lifestyle and sleeping patterns. The pattern adjusts if a person works through the night instead of the day, for instance. Thus, for nightshift workers cortisol levels will be higher at night (i.e. his/her levels will work in reverse). Additional cortisol is also secreted in response to stress as and when this occurs, so as to aid the body in responding in a manner it deems appropriate. 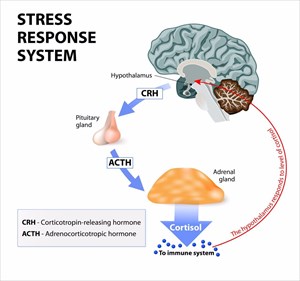 Cortisol is secreted via three inter-communicating areas of the body, known as the hypothalamic-pituitary-adrenal axis. These are:

At the point when levels of cortisol are low, the cells in the paraventricular nucleus (PVN) of the hypothalamus secrete corticotropin-releasing hormones (CRH), signally the pituitary glands to release adrenocorticotropic hormones into the bloodstream. This then stimulates the release of cortisol (from the outer layer of the adrenal glands), elevating normal levels in the bloodstream and blocking further release of corticotrophin-releasing hormones and adrenocorticotropic hormones.

Once these levels begin to drop, so too do levels of cortisol (this is a gradual reduction). This process is known as a negative feedback loop.

Cortisol levels that are correct, balance out the needs of bodily functions which use the hormone on a daily basis. If the adrenal glands, pituitary gland or hypothalamus malfunction in some capacity or another, this interferes with the adequate production of cortisol and results in irregularities.

PREVIOUS Cushing’s Syndrome (Hypercortisolism)
NEXT What causes Cushing’s syndrome?
Back to top
Find this interesting? Share it!