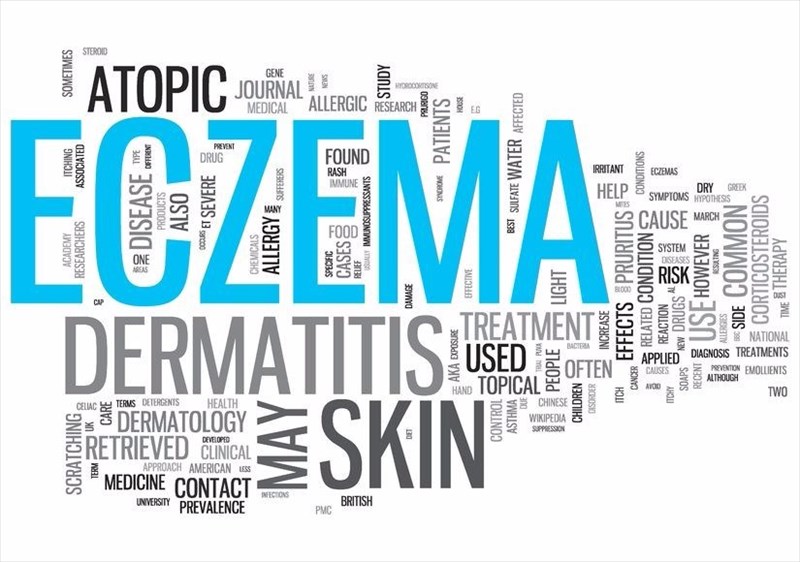 Allergens can be substances from plants, animals or foods that cause the immune system to overreact, resulting in inflammation. Whether food and diet play an important role in terms of atopic dermatitis is a controversial topic.

Some experts believe that breastfeeding an infant for the first four months of life has a positive impact on its health and immune system, helping to prevent allergies such as atopic dermatitis, eczema and asthma later in life, although others disagree.

There have been some new findings that suggest that exposing children of a young age to common allergens such as peanuts may prevent the development of atopic eczema6, however, there is no solid evidence that mentions how the condition can be prevented.  Therefore, there is no guaranteed way to prevent atopic dermatitis.

Should a parent suspect that their child may have a food allergy, then it may be helpful for them to keep track of their child’s reactions to certain foods in the form of a food diary. If any food results in severe symptoms, then the parent should make an appointment with their doctor.

That said, simply changing the diet of someone with atopic dermatitis is not always effective in relieving the symptoms. Changes may be beneficial if the person has a specific allergy that has proven to cause a skin reaction, such as peanuts or dairy (lactose). Hives is a common skin reaction to food allergies. Dietary restrictions can often be costly and require a large amount of effort, particularly for parents of children with the condition who may not always have the time to make specific foods each day. If any dietary changes are to be made, especially those that require restriction of a specific food group, then it is advised that the sufferer or the parents of an affected child speak to their healthcare professional first so as to ensure that no nutritional issues will arise in doing so, as they may be deprived of some vital nutrients when eliminating certain food groups.

The majority of people suffering from atopic dermatitis, as well as food allergies, will not experience inflammation or reddening of the skin after eating an allergen. The link between food and eczema (i.e. food aggravating the rash) is usually only evident in infants and those who have severe eczema.

Is there a cure for atopic eczema?

Atopic eczema can be managed effectively through treatment and various methods of self-care, unfortunately, there is no cure for the condition. Although most children will outgrow it before starting school.

Atopic eczema is not contagious. However, should a secondary infection develop due to a virus or bacteria, then this may be contagious and will require specific treatment in order to be controlled.

Is it possible to prevent eczema?

There is no sure-fire way to prevent eczema. Some experts believe that regular moisturisation of the skin may be some form of a preventative measure.

There is no reliable test available to determine whether a certain aeroallergen will be a contributing factor for someone with atopic dermatitis. Should a doctor suspect an aeroallergen is aggravating the patient’s symptoms, then he or she may recommend a few ways to reduce exposure to these allergens. An example of a situation like this would involve the effects of dust mites being limited through the use of encasing pillows and mattresses with specialised dust-proof covers, washing bedding in hot water on a constant basis and possibly removing any carpeting. Bear in mind, there is no guaranteed way to completely remove aeroallergens from an environment.

Is coconut oil good for eczema?

Some healthcare experts may recommend coconut oil as a way to ease itching and dryness associated with atopic dermatitis. A number of patients prefer this form of oil as it is unlikely to aggravate the rash and soothes the skin. It is advised that an eczema suffer speaks to their doctor about safe remedies to use at home to treat their rash or itching.

The topical application of coconut oil is normally applied by rubbing a teaspoon of the oil on the itchy skin rash, the same way as one would apply lotions, gently massaging the area, without irritating the rash further. For mild eczema, applying coconut oil twice daily is adequate.

Those with more severe eczema can apply a coconut oil bandage. A cotton pad is dipped in a tablespoon of melted coconut oil, and placed over the affected area for roughly 15 to 20 minutes. Some prefer to wrap the cotton pad with a gauze bandage and keep this on for a few hours to relieve itching and moisturise the area effectively.

PREVIOUS How is eczema (atopic dermatitis) treated?
Back to top
Find this interesting? Share it!