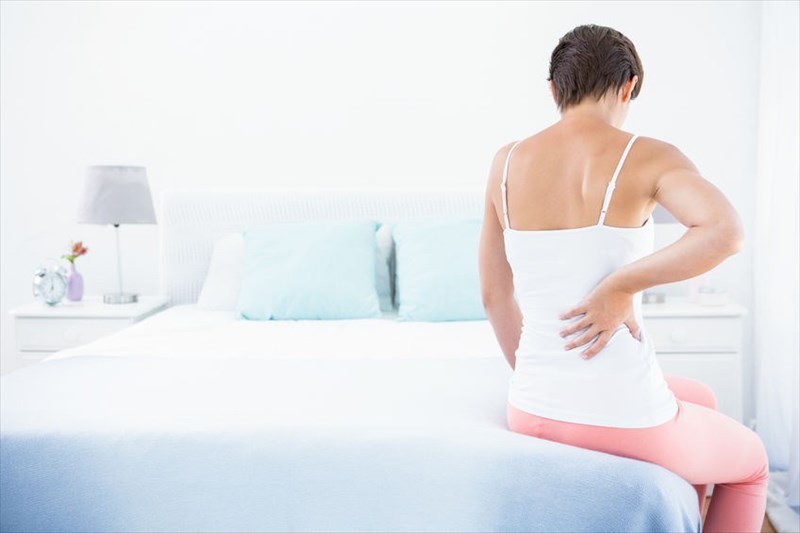 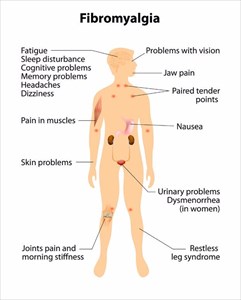 Pain. Is it all in your head? It used to be that this condition was “labelled” this way. Now, fibromyalgia (fi-bro-my-al-gia) is classified as a chronic disorder of the musculoskeletal system (muscles and bones). Fibromyalgia is characterised by widespread pain and stiffness in the body, which is amplified in the way that the brain processes signals alerting pain sensations.

Pain is described as ‘areas of tenderness’ in the body’s muscles and bone structures. A sufferer will also complain of constant fatigue. These types of symptoms make for difficult diagnosis, as the majority are considered medically subjective. Testing is challenging as there are no measurable findings medical professionals can use to make a definitive diagnosis. Pain thresholds are also different for different people. A clear cause is also challenging to determine, and as such has led to disagreements between medical professionals as to whether or not the disorder is even legitimate.

Fibromyalgia, however, is now more widely accepted as a condition the world over than it was initially, as more and more people raise similar symptom complaints.

Pain is often accompanied by mood problems, sleep disturbances and memory issues which can sometimes be triggered by a physical trauma or following surgery, psychological stress or even an infection. It’s also been noted that symptoms can develop gradually over a period of time and not seemingly be triggered by a specific event or condition at all.

The condition itself doesn’t appear to cause any damage to the body’s joints or organs, but constant stiffness and pain can wear down a person and leave them feeling incredibly fatigued. This in turn can have a debilitating impact on a person’s quality of life.

Research has noted that women (particularly those in middle-age) are more likely to be diagnosed with this condition than men. Other high-risk factors appear to be accompanied by those who have autoimmune conditions, such as rheumatoid arthritis. Many who are diagnosed with fibromyalgia are also treated for conditions such as anxiety or depression, irritable bowel syndrome, tension headaches or temporomandibular joint disorders (TMJ).

A chronic condition, fibromyalgia is an illness that requires constant symptom management along with a variety of lifestyle changes to help alleviate discomforts. Research is still being done to better understand the disorder and what actually causes it. The legitimacy of undetectable pain is no longer being assumed as an excuse some use to try and get prescribed pain medication from medical professionals. In some instances, lifestyle changes are proving more effective than medication in alleviating symptoms.

NEXT What causes fibromyalgia?
Back to top
Find this interesting? Share it!

Headaches. We all get them. When is a headache something to worry about? What are the different types and how should a headache be best treated? We take a look at the various types and causes...

Frequent urination is something many of us have experienced before. Find out more about the commonly seen symptom here...

Did you know that there are more than 100 different variations of arthritis and associated conditions? We take a look at the more common signs, types and treatment options here...

Chronic fatigue syndrome is a condition that has only recently been given the attention it needs and is now recognised as a real medical condition...