What are the symptoms of multiple sclerosis (MS)? 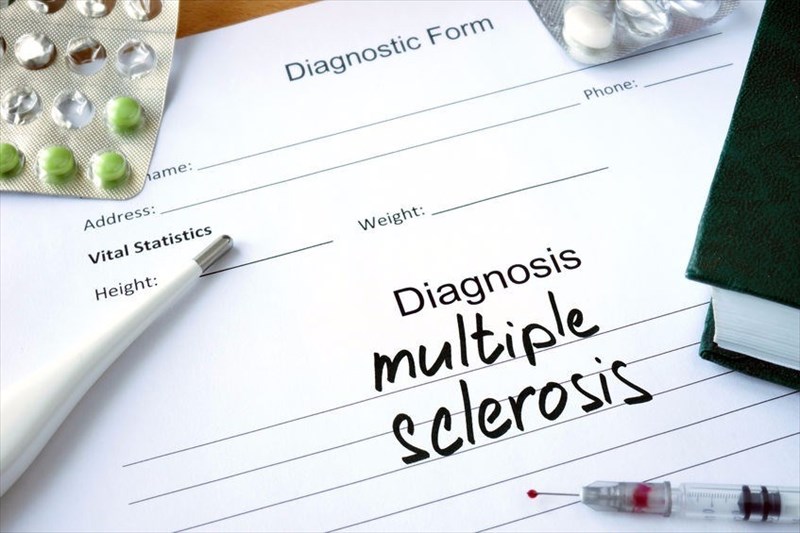 What are the symptoms of multiple sclerosis (MS)?

The signs and symptoms of MS will often differ to a great extent between patients. They are often unpredictable and range between mild and severe, short-term and long-term. Symptoms may manifest in a variety of ways and combinations, depending on the location of the nerve cells affected. The following is a list of the most commonly seen symptoms in patients suffering from multiple sclerosis3.

The initial symptoms of from multiple sclerosis (MS):

Other symptoms of MS include:

Roughly 50 percent of patients with MS suffer from cognitive issues that are linked to the condition. These effects may be mild or severe and are often detected after professional testing. Cognitive issues may include the following:

The symptoms of multiple sclerosis are often grouped into primary, secondary and tertiary categories as follows:

(These symptoms are caused by damage done to myelin)

These symptoms are seen as psychological, social and job-related issues that are experienced by patients with multiple sclerosis:

Lhermitte sign (also known as barber chair sign) refers to painful sensations of electric-shock that travel down the back and into the limbs during specific neck movements, particularly when the sufferer bends their neck forward (i.e. flexes the neck)4.

**My Med Memo - Lhermitte sign is named after the French neurologist Jean Lhermitte, this sign is often one of the first symptoms of multiple sclerosis. This phenomenon occurs as a result of damage to the myelin sheath disrupting signals from the brain to the rest of the body and as such, it is often the first sign of a number of neurological and spinal conditions including MS.

Sufferers describe this sensation as an intense burst of pain in the neck that travels through the body. With treatment or time, some people may spontaneously stop experiencing Lhermitte sign, therefore the condition is regarded as not life-threatening.

It is advised that an individual should make an appointment with their doctor if they are experiencing any of the above signs and symptoms without there being a logical reason as to why.

How multiple sclerosis affects the body

Multiple sclerosis occurs when a sufferer’s immune system mistakenly attacks the cells of the central nervous system (known as oligodendrocytes) and the myelin sheath, a form of fatty material that protects the nerve fibres (axons) in the body. This attack and the resulting damage (known as demyelination) causes issues with nerve impulses (signals) and hinders the transmission of information within the brain and communication between it and the rest of the body.

In the early stages of multiple sclerosis, once inflammation as a result of the immune attack subsides (this is known as a period of remission), a process known as remyelination wherein the body attempts to replace the damaged myelin, may occur.  Whether or not this process is possible will depend on the degree of damage incurred by the oligodendrocytes.

When remyelination is possible, the newly generated myelin surrounding the affected nerve cells is thinner than that of their unaffected counterparts and although it can function sufficiently, the affected nerves and impulses conducted by them may be slower than they once were.

In time, as the condition progresses, and the body is unable to repair damaged myelin caused by repeated immune attacks and the resulting inflammation, deterioration of the nerves and eventually permanent damage to these occurs as their protective sheaths (myelin sheaths) are destroyed and scar tissue forms in their place1 .  This scar tissue, referred to as ‘sclerosis’, appears as white areas on MRI scans and with multiple sclerosis, multiple lesions (scars) will be evident on the brain and/or spinal cord.

Because of this scarring, symptoms associated with multiple sclerosis (MS) such as muscle weakness, pins and needles, loss of sensation, and visual issues may begin to emerge. MS symptoms are often unpredictable and vary in their effects and intensity depending on the individual, the affected areas of the brain and spinal cord, and the degree of the scarring experienced.

In response to the loss of nerve fibres (axons) caused by demyelination and in an attempt to compensate for this, the CNS will attempt to redirect nerve impulses to healthy nerve cells, thus bypassing the damaged areas and enabling the muscles to continue to function. This process is known as plasticity and while nerve impulses may be delayed by this process, it does help to improve symptoms to a degree.

When damaged areas become too large to bypass, plasticity is no longer effective and impulses to or from the affected area within the CNS become permanently blocked and symptoms no longer improve.

PREVIOUS MS (Multiple Sclerosis)
NEXT Multiple sclerosis (MS) pattern types and course of the disease
Back to top
Find this interesting? Share it!