Signs and symptoms of scarlet fever 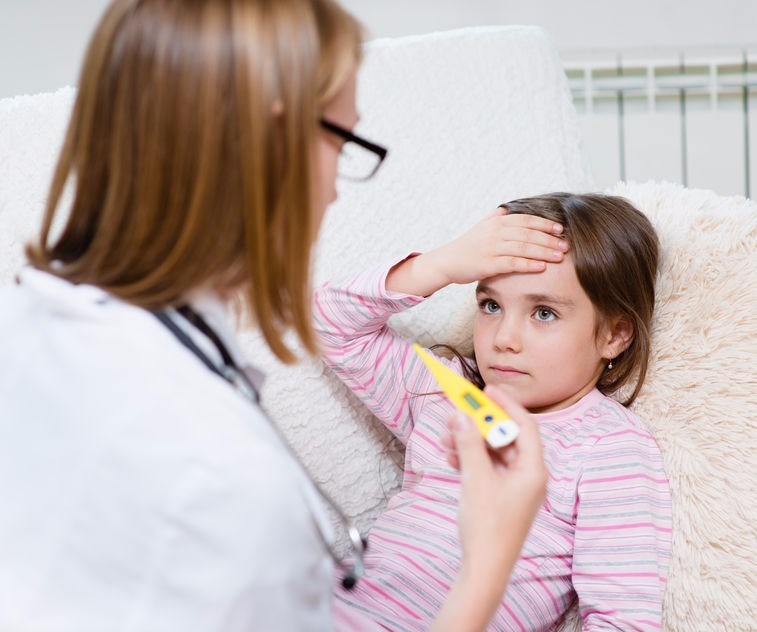 Many who have been infected with scarlet fever develop the telltale rash. This is one of the primary symptoms of scarlet fever and it is typically described as one that 'looks like sunburn and feels like sandpaper'.

Areas where you may first notice a rash developing include the neck, chest, back and stomach. It can quickly begin to spread to the rest of the body, including the folds of skin around the knees, elbows and armpits. You may also note that the pink-red colour begins to deepen and become a scarlet shade (i.e. a deep red colour that inclines towards orange), particularly in the folds of skin where the rash develops.

The scarlet fever rash is often characterised by the development of little inflamed bumps on the skin, which gives it the feeling of sandpaper. This typically lasts between 2 and 7 days. The rash can also become itchy. If you press on the inflamed area, skin typically changes colour and becomes white (pale) while pressure is applied. Once treated and the rash begins to clear, affected skin may peel as it heals (for up to 6 weeks), especially around the toes and fingertips as well as in the groin.

Other than a bright red rash, other symptoms you may experience include:

Symptoms will typically become apparent within 1 and 4 days following contact with infected bacteria. You may initially notice a sore throat which looks and feels inflamed. Sometimes white and yellow-ish looking patches can also appear on the throat. Not long after that a fever may develop, followed by a rash on the face, neck, chest, back and stomach.

The rash may then spread around the body, affecting the ears, elbows, inner thighs, groin area (genitals), fingers and toes etc. You will also notice that your face begins to flush but the area of skin around the lips become pale. Once the rash spreads to various folds of skin, red lines develop. These are known as Pastia’s lines (broken blood vessels).

Severe muscle aches, diarrhoea and vomiting along with any other symptoms will need prompt medical assistance, as this could potentially be a sign of a dangerous health condition known as toxic shock syndrome (TSS) that can be associated with similar symptoms.

PREVIOUS Scarlet Fever (Scarlatina)
NEXT Diagnosing and treating scarlet fever
Back to top
Find this interesting? Share it!