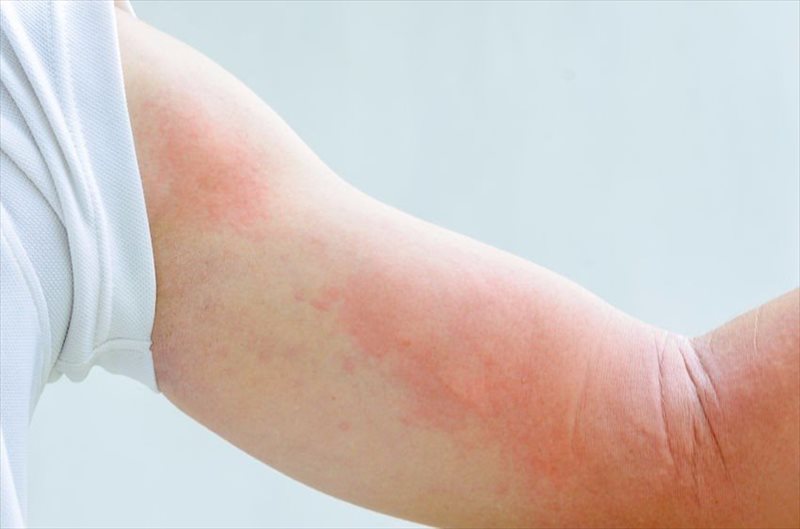 A bright red rash that feels a lot like sandpaper could be an indication that either you or your child have contracted an infection, known as scarlet fever. Also known as scarlatina, scarlet fever typically occurs in those who have strep throat.

A group of bacteria, known as streptococcus pyogenes bacteria (group A strep or group A beta-haemolytic streptococcus), also cause strep throat, producing a toxin in the body that ultimately causes a rash breakout on the body (a distinct scarlet coloured rash) and sometimes even a red-dotted tongue. The scarlet fever rash typically resembles sunburn as it begins to develop and progresses to inflamed bumps. It usually develops on the neck, chest, back and stomach and then spreads to the rest of the body. A high fever and sore throat are other key symptoms you may experience if infected with this bacterium.

An infection with scarlet fever is not all that common, but does tend to affect children between the ages of 5 and 15 years more often than adults or babies.

NEXT Signs and symptoms of scarlet fever
Back to top
Find this interesting? Share it!

A sudden high fever and a sharp drop in blood pressure are some of the main warning signs for toxic shock syndrome. Learn how to recognise the signs of this potentially life-threatening condition...

What is pneumonia and how serious is it? Find out all you need to know about the symptoms and causes, as well as diagnosis and treatment procedures here...

Any condition that directly affects the brain and spinal cord can ignite intense fear and anxiety in anyone. Meningitis infections should always be taken seriously. Here's what you need to know...

Strawberry tongue is a symptom of a number of conditions that result in the tongue becoming swollen, red and bumpy. Learn more...

Throat a little sore? If it’s not as a result of a viral infection, it could be strep throat. Learn more about this bacterial infection here...