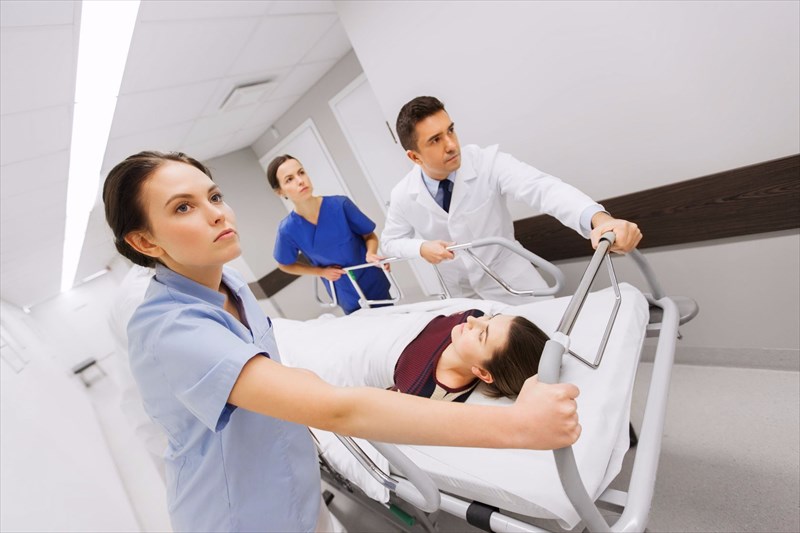 What is toxic shock syndrome (TSS)?

A sudden and potentially life-threatening illness, toxic shock syndrome (TSS) occurs as a result of an infection with staphylococcus aureus bacteria (staph), streptococcus pyogenes (group A streptococcus / GAS) bacteria (the same that results in strep throat) or Clostridium sordellii (C. sordelli). The bacterial infection results in the production of a toxin (exotoxin), known as TSS toxin-1 (TSST-1). Overgrowth of bacteria in the bloodstream leads to a release of the poisonous toxin in the body, making a TSS infection a potentially fatal condition.

An infection can occur in anyone exposed to the bacteria, but became associated mostly with menstruating women who used superabsorbent tampon products. When a spike in TSS cases was noted during the late 1970s and early 1980s, certain tampon products (containing polyester foam) were pulled from the market. Since then incidences of TSS in menstruating women have declined somewhat. Cotton or rayon fibres used in modern tampons do not appear to promote bacterial growth as much as polyester products.

Children, men and postmenopausal women can also fall ill with this condition through infection following a wound to the skin, a burn, surgery or possibly when using a prosthetic device. Women who use menstrual sponges, cervical caps or diaphragms are also at risk of a TSS infection. Women who have recently given birth are at higher risk of TSS and will need to be aware of any warning signs.

The majority of cases, however, remain menstruating women who typically experience a sharp drop in blood pressure once the toxin releases in the body. The organs (specifically the heart and the lungs), are then deprived of much needed oxygen, resulting in hypotensive shock, and if not treated immediately, this can result in death. As many as a third of all cases of TSS are women under the age of 19. Up to 30% of those who have been treated for the infection may experience a recurrence.

NEXT Signs and symptoms of toxic shock syndrome
Back to top
Find this interesting? Share it!

Preventing an unwanted pregnancy is simple to do and comes down to your preferred method. We breakdown the different types, and pros and cons of each...

Hiccups are commonly experienced for a short period of time, however, some unlucky few may suffer from chronic hiccups. Find out more about the subject here...

Often a sign that something is wrong in the body, a fever is a typical symptom of various illnesses. When should you worry about a fever?