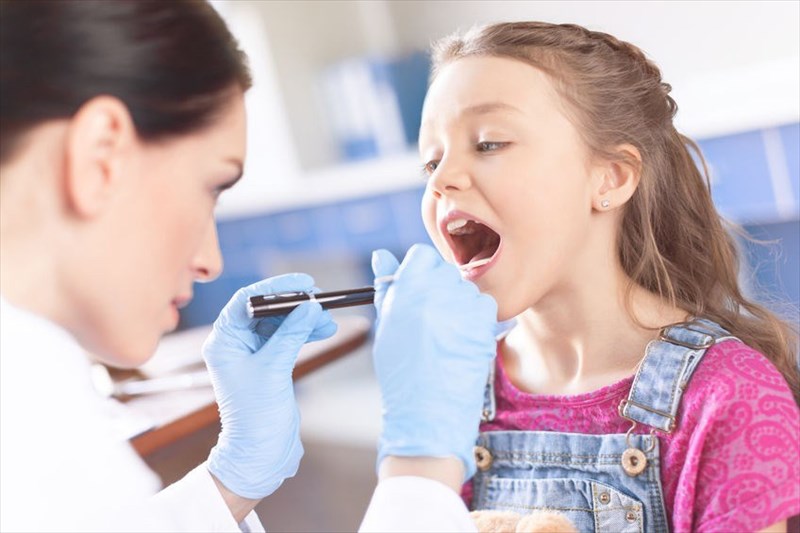 What is strep throat?

This infection is most often caused by group A Streptococcus bacteria or GAS (streptococcus pyogenes or beta-haemolytic streptococcus / GABS), hence the name strep throat, resulting in inflammation and swelling, scratchiness and pain in the mucous membranes which line the back of the throat (pharynx), and sometimes the tonsils and adenoids. Groups C and G bacteria are also known to cause strep throat.

Once the bacteria enter the body it infects the pharyngeal tissue, resulting in a localised inflammatory reaction. These bacterial organisms can exist in the throat or on the surface of the skin and not display any symptoms. Thus, a person can carry the bacteria, but remain asymptomatic.

Strep throat is a common bacterial infection in children (especially those between the ages of 5 and 15), but can occur in adults of any age too. The majority of strep infections typically occur in the cooler months of the year (late autumn or fall and early springtime).

A strep infection requires medical intervention so as to prevent an array of complications such as rheumatic fever or inflammation of the kidneys (glomerulonephritis), as well as rash or damage to the heart valves.

Strep throat is a contagious infection and can be passed between people through breath, coughing and sneezing. Bacteria exists in bodily fluids, making transmission fairly straightforward and simple. Tiny droplets of saliva or nasal secretions that become airborne in close contact with another person can infect them with the bacteria, through inhalation. Transmission can also occur through the sharing of food or beverages or via contact with surfaces that have been touched by an infected individual and then touching one’s mouth, nose or eyes.

Transmission is thus more commonly seen in instances where individuals are in close proximity to one another, such as enclosed environments (schools, day care centres, shared home environments and the workplace).

NEXT Signs and symptoms of strep throat
Back to top
Find this interesting? Share it!

Tonsillitis is a common disease and often results in a very sore throat, high fever and more. The question many of us ask is "should I have my tonsils removed?" Read this article to find out...

A sudden high fever and a sharp drop in blood pressure are some of the main warning signs for toxic shock syndrome. Learn more about how to recognise this potentially life-threatening condition...

Often a sign that something is wrong in the body, a fever is a typical symptom of various illnesses. When should you worry about having a fever?

Are you feeling unwell and noticed a bright red rash that looks like terrible sunburn and feels a lot like sandpaper? It could be scarlet fever.