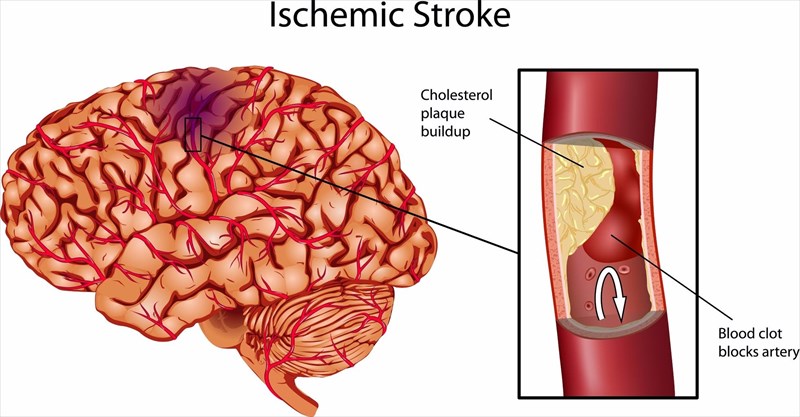 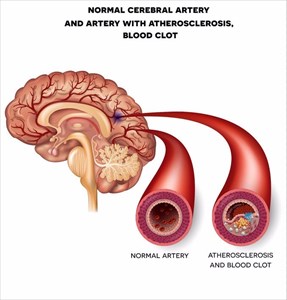 An ischemic stroke (caused by blockages of blood vessels or arteries) develops gradually and can be as a result of years’ worth of plaque build-up (blockage within the arteries). A clot may either be stationary, having formed on the spot (known as a thrombus) or as a result of an accumulation of plaque, blood and other debris which formed elsewhere in the body and has travelled through the blood stream to the brain (known as an embolus).

Blood flow may become sluggish and can sometimes result in clots having formed because of other health problems, such as an irregular heart rhythm (atrial fibrillation).

Haemorrhagic strokes are caused by bleeding in the brain as a result of aneurysms and ruptured arteries due to long-term damage, such as that from high blood pressure.

The most common risk factors of ischemic or haemorrhagic strokes include:

PREVIOUS Are there different types of strokes?
NEXT Signs and symptoms of a stroke
Back to top
Find this interesting? Share it!

Did you know that obesity raises the risk of having a stroke? Read more about this condition, it's causes and treatment here.

What does it mean if I have high blood pressure (hypertension)?

Having high blood pressure increases your risk of stroke and heart disease, however, a number of people with hypertension do not have any symptoms... Learn more here.

Having diabetes can also increase your risk of having a stroke. Learn more about this disease and how to get it under control here.