What to do when someone is choking 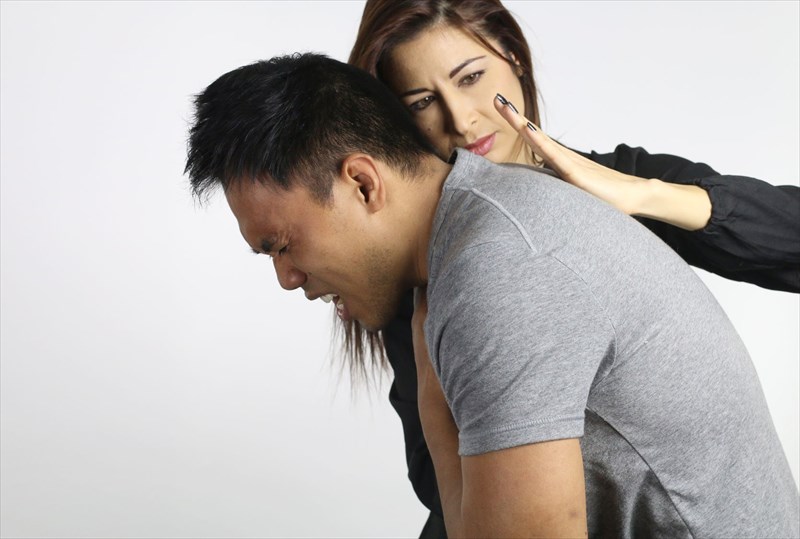 To witness someone choking can leave you with a ghastly feeling. To experience that moment of panic yourself as something (often food) lodges in your own throat can be just as frightening. Children are especially vulnerable to choking, but it can easily happen to anyone, of any age, at any time.

Choking occurs when something becomes lodged in the airway (partially or completely) and prevents life-giving oxygen from reaching the lungs and brain, both vital organs in the body. When air cannot reach the lungs via its usual route through the windpipe (trachea), a person is incapable of breathing normally, and will quickly become distressed. A foreign object can become lodged at any portion of the trachea, which is a tube consisting of tough cartilage rings that run between the voice box (larynx) and the sternum (breastbone). The trachea also branches out into two smaller tube structures, known as bronchi (one linking to each lung).

If an object lodges at the entrance of the larynx (the epiglottis), a person is usually able to dislodge the object themselves with a good, forceful cough. A blockage which occurs past this point may not be able to be coughed back up and breathing becomes increasingly strained. Coughing, if the choking person is able, could however, prevent it from travelling further down the trachea.

Partial or complete blockages stem from numerous sources, including food, small objects like toys, fluids (such as an accumulation of blood or vomit) or as a result of swelling and other injuries which develop in the throat or mouth. Certain medical conditions also place affected individuals at higher risk of choking incidents, whereby problems with swallowing function can result in objects becoming lodged in the airways.

Choking is regarded as a life-threatening medical emergency. A person can quickly fall unconscious (i.e. become unresponsive) while experiencing choking and struggle to breathe. The brain requires a constant supply of oxygen and nutrients in order to function normally and it has been estimated that a lack of oxygen in the brain (known as cerebral hypoxia) for more than 4 / 5 minutes deprives the organ of this essential chemical. Within 5 minutes, oxygen deprivation affects extremely sensitive brain cells, starving the largest portion of the brain which begin to experience damage (and die off). (1) Extreme deprivation or lack of oxygen supply can thus lead to brain damage or even death.

The longer a person’s vital organs, particularly the brain, are starved of oxygen, the more life-threatening the condition becomes. Coma, and seizures can also occur when a person experiences cerebral hypoxia. A person’s condition is regarded as critical once brain death, whereby no measurable activity is taking place has occurred. A person may still have some cardiovascular function but will not likely be able to breathe without induced respiratory support (i.e. advanced life support).

Effectively, you have mere minutes to react to a choking incident, which could save a life, or prevent severe injury and tissue damage. This is why it is important to know and understand what to do in the event that it happens to you, someone you love or a perfect stranger (of any age).

There’s plenty to think about when it comes to approaching someone affected by choking. Knowing what to keep in mind, and what to do within those critical minutes is essential. Knowledge is one thing, applying it is another. Taking a proper accredited first aid course is the best way to ensure that you can calmly and proactively put into practice what you know when it truly matters.

NEXT How to recognise the signs of choking
Back to top
Find this interesting? Share it!

Parkinson's disease is a progressive neurological disorder that gradually causes a degeneration of the brain's nerve cells responsible for the control and regulation of body movements...

We all know that a person having a stroke is in a serious and life-threatening situation, but do we really know what to do in the event of an emergency?

Epilepsy is a chronic neurological disorder typically associated with seizure episodes. We look at the various types of seizures that occur...

Anxiety is a psychological, physiological, and behavioural state that may cause a sufferer intense distress. Here's how to deal with it...