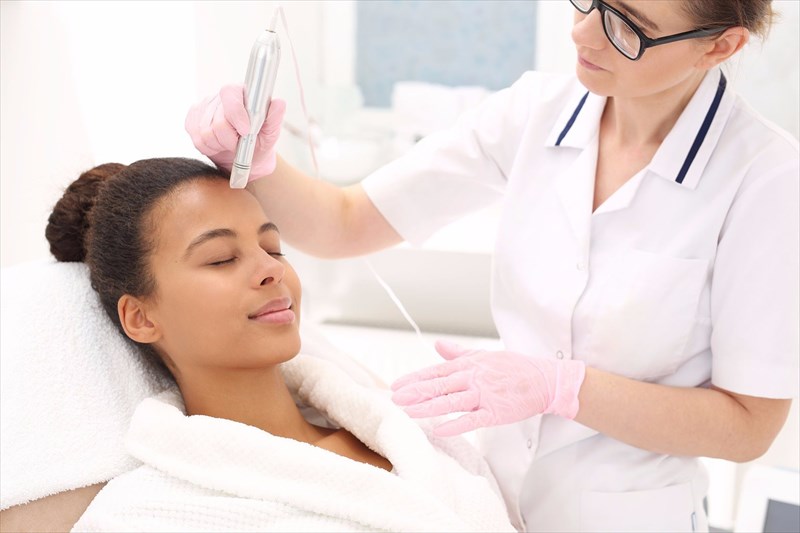 WARNING, if the mention of blood makes you light-headed and woozy, a vampire facial (also known as Platelet-rich plasma therapy) may not be for you. For those with a stronger stomach, perhaps reconsider reading this over your lunch hour while you eat (or go ahead, we dare you – It’s not as grisly as it sounds anyway) 😉

There are plenty trendy beauty treatments on the market at the moment, all promising to reverse the signs of aging and restore that much sought after ‘youthful glow’ that aging people the world over are relentlessly chasing. There is seemingly no end to the exotic and extravagant lotions, potions and concoctions on offer which range from bee venom to the poop (ahem, droppings) of Japanese nightingales (on a specialised diet and sanitised under UV light before being mixed with rice bran, that is… so not just any droppings will do). Sheep placenta is also believed to ‘brighten and tighten’ those saggy signs of aging, as is your own blood, so why not make use of it? Amongst all of the bizarre treatments on offer, it may just seem like the most logical and hygienic choice after all...

While the vampire facial was made famous (in 2013) by arguably the most well-known and talked about of the Kardashian clan, Kim Kardashian, it has really taken off in the mainstream ‘anti-aging market’ in the last few years, becoming the next big thing in beauty treatments with the aim of achieving a more youthful glow.

At first glance, many may be put off by its most commonly used name, or the perceived nature of the treatment, and question the need to go to “such lengths to look younger”. Do you really need to “bleed” for beauty? And at such a price tag too?

If the sight of blood doesn’t quite floor you, the price tag of treatments just might, along with the prospect of needing more than one of these specialised ‘facials' in a period of a year. Depending on the doctor, the area and severity of the wrinkles being treated and the treatment facility, anything between 2 and 8 treatments could be recommended up to 6 weeks apart. It is believed that most patients will be able to see continuous improvements in their results over the course of 3 to 6 months after the initial treatment.

A single vampire facial can cost roughly US$750 / €495 / £550 / ZAR1 500 to R5 000 per session, depending on the facility, practitioner and geographical location, as well as the nature of problem areas being treated. Prices do appear to vary quite considerably, and from country to country. Costs can also be influenced by who performs the treatment – a trained therapist may be slightly cheaper than a medical doctor.

Individuals with the stomach to really understand what a vampire facial is actually all about may merely see the potential benefits. A little blood for beauty may not be all that bad (especially since what’s being used is your own), and if you’ve got the cash, why not?

NEXT What is a ‘vampire facial’?
Back to top
Find this interesting? Share it!

Looking for easy DIY face masks to make at home? We have rounded up seven all natural face masks to bring your dull skin back to life!

Can beauty be bought?

From nose jobs to boob lifts and tattooed freckles, this article explores if beauty can be bought...

Signs of aging have long been a thorn in the side of many. If you're considering filler treatments for fine lines and wrinkles, here's all you need to know...

An exfoliating technique which removes the superficial layers of the skin, dermabrasion can help to improve the appearance of skin. Learn more...

Chemical peels in one form or another have been around for over 60 years. We explore their uses and potential benefits here...