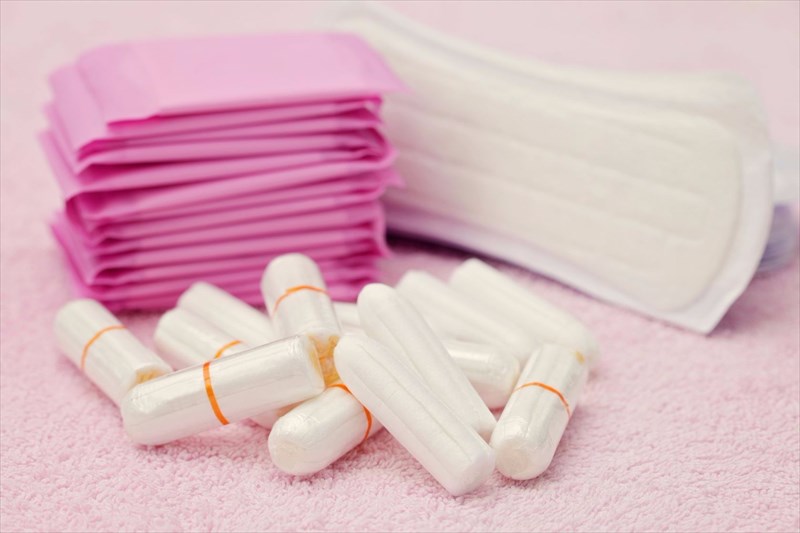 Is it normal for blood clots to occur during menstruation?

Yes and no. The passing of small clots during a woman’s menstrual period can be normal, but large clots may be a warning sign which requires a thorough medical check.

The body naturally releases anticoagulants which allow blood to be fluid and able to move easily in the blood vessels. Menstrual clots are essentially a coagulated mass of fibrin, blood and endometrial tissue. Blood that is retained or begins to pool inside the uterus can result in the formation of clots.

Many women experience blood clots at some time or another, and not always consistently. A woman may notice blood clots during one menstrual cycle and not during the next. There are various reasons for this – hormone fluctuations, dramatic changes in lifestyle or diet, can all have an influence on a woman’s cycle. The most common result is a thickening of the uterine lining tissue. When such variations occur, this impacts the amount of menstrual blood in the uterus. More blood in the uterus, means a higher risk of pooling and ultimately the formation of clots.

Some of the reasons blood pooling and clots may occur include:

Other possible reasons for abnormal bleeding include:

Signs of menstrual blood clots to look out for

If a woman experiences changes in her menstrual period, such as heavy bleeding or flow (more than usual, bleeding which soaks through one pad or tampon within an hour for several consecutive hours or which lasts longer than 7 days – known as menorrhagia) (16) and the passing of a large clot, she should consult her doctor as soon as possible.

Any abnormality or change that a woman is not comfortable with should be checked. Changes that result in uterine lining thickening and heavier flow can sometimes contribute to fertility health concerns. A woman should always seek a check-up with her doctor (gynaecologist) if:

A doctor will wish to determine an underlying medical condition which may be causing blood clots in the system.

Blood tests may be recommended to assess possible anaemia and problems with the thyroid (and hormone production) and an ultrasound scan of the pelvic area (an assessment of blood vessels, blood flow, tissues and organs) conducted. A pap test (removal of cells from the cervix to assess for signs of inflammation, infection or abnormal changes), or an endometrial biopsy (samples of tissue taken from the lining of the uterus for analysis) may also be recommended (depending on the nature of abnormal bleeding and the related symptoms).

Additional tests, which a doctor may consider, where relevant, include a hysteroscopy (to assess potential uterine obstructions while the patient is under sedation), sonohysterogram (an ultrasound scan using fluid that injected into the uterus via the vagina and cervix) or dilation and curettage (scraping of the inside lining / top layer of the uterus to assess bleeding causes / reduce bleeding causes while under light sedation).

Treatment typically depends on the cause of abnormal bleeding resulting in the formation of clots, but aims to significantly reduce heavy bleeding which results in pooling and clots. Treatment is also somewhat personalised and a doctor will take into consideration a woman’s age, overall health and potential desire to have children in the future.

Treatments range from medication / drug therapy - iron supplements (assist the blood in carrying sufficient amounts of oxygen if one is anaemic) or ibuprofen and other pain relieving medications (NSAIDS), to surgical procedures – dilation and curettage (D&C), operative hysteroscopy (to remove fibroid of polyps, correct abnormalities by removing the top layer of the uterus lining), endometrial ablation or resection (all or part of the uterus lining is removed) or a hysterectomy (surgical removal of the entire uterus). (17)

In some instances, hormonal medications, such as oral contraceptives (birth control pills) may be prescribed to help regulate a woman’s cycle and alleviate heavy bleeding, and by extension the risk of blood clots.

Are blood clots after childbirth normal?

During the initial weeks following the delivery of a baby, a woman’s body undergoes a process of healing. Lochia is the medical name for a vaginal discharge a woman will experience in the 4 to 6 weeks after delivery which contains mucus, uterine tissue and blood. Blood clots may b e present in this discharge. (18)

Blood in this discharge originates from the uterus and is shed through the lining following birth. Damaged tissues in the birth canal (during vaginal birth) can also contribute to blood in this discharge. Blood that has not immediately been expelled after delivery may sometimes clot. Clots may be large, but are considered reasonably normal.

Clots which are very large or occur in clusters, however, are something to seek medical evaluation for.

What is considered normal?

The general rule of thumb for signs of postpartum clots are as follows:

When should a woman worry about postpartum bleeding?

Signs that postpartum bleeding is not normal include:

Any of the aforementioned signs must be evaluated by a medical professional as soon as possible. Women are at risk of blood clots following childbirth. If clots develop in the body’s arteries, these can increase a woman’s risk of serious complications such as heart attack, pulmonary embolism, deep vein thrombosis and stroke.

Loss of balance, chest pressure or pain, numbness on one side, sudden loss of body strength, severe headaches, breathing difficulties and swelling must all be assessed by a medical doctor as soon as possible. Any one of these symptoms can quickly become a medical emergency.

How are postpartum blood clots assessed and treated?

A doctor will likely perform an ultrasound scan to check for signs of any retained pieces of placenta (which is normally completely expelled or removed following childbirth). Placenta is the organ which nourishes a growing baby during the pregnancy period. Miniscule pieces of placenta can sometimes remain in the uterus and thus impact its ability to shrink back to its original size, resulting in bleeding.

If placenta pieces are found, a doctor may perform a dilation and curettage (D&C) procedure to remove this tissue from the uterus.

If not due to a retained placenta, other causes of bleeding can include a laceration of the uterus (cut which is not healing), or uterine atony (failure of the uterus to contract or clamp down on blood vessels which were previously attached to the placenta, causing blood pooling). If blood clots have formed, these may need to be surgically removed by a doctor, and also treated with prescribed medications to stimulate uterus contraction in order to reduce bleeding.

Can a woman reduce her risk of postpartum blood clots?

A woman may not be able to prevent blood clots entirely, but certain measures can help to reduce bleeding and harmful disruptions to the body while healing. These can include:

PREVIOUS Are there ways to prevent blood clots and what are the associated complications?
Back to top
Find this interesting? Share it!