What are the signs and symptoms of blood clots? 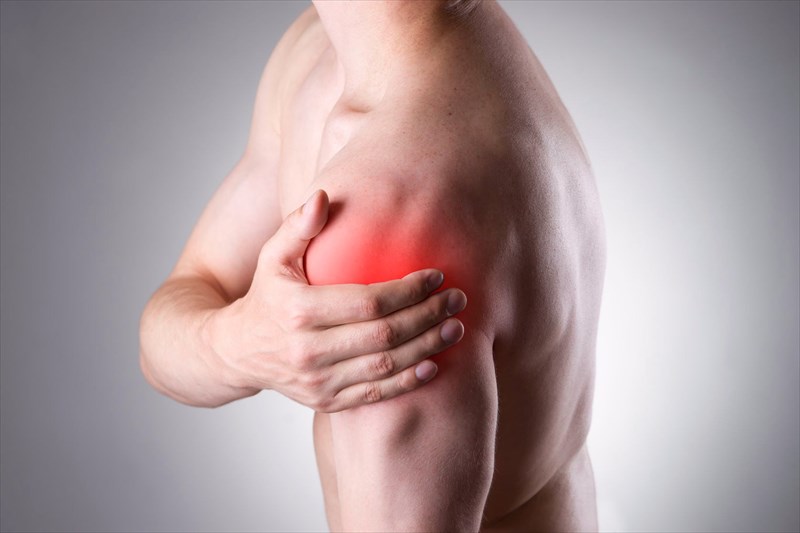 Not all occurrences of blood clots will show signs of noticeable physical distress. When any signs do become noticeable it is important to seek medical attention as soon as possible. (5)

The most common warning signs of a clot in the venous (vein) system / venous thromboembolism (which can mimic those of an infection) include:

Blood clots that occur in the deeper veins of the body effectively prohibit the flow of blood back to the heart. Such symptoms are often experienced in the legs or arms over the course of a few hours and vary in severity depending on the size of the thrombus. Most often, symptoms affect one area, such as one arm or leg, or side of the pelvis (clots affecting both limbs at the same time, for instance are very rare). A large clot may cause extensive swelling and pain in, for instance the entire leg, as opposed to just the calf area.

Clots in the arteries can quickly become dangerous as blood is not able to be pumped to an affected area, which in turn deprives tissues of essential oxygenated blood supply (known as ischemia). Tissues then effectively begin to sustain damage and die, often resulting in a medical emergency.

Signs of an arterial blood clot often depend on its location in the body:

Signs that a blood clot has reached the lungs (signs of a pulmonary embolism / PE) include:

Signs that a blood clot is affecting the kidneys include:

Signs of a clot in the kidneys can become severe and cause serious complications, such as problems with removing waste from the body and kidney failure (7).

Knowing the warning signs can sometimes mean the difference between life and death. A clot that is mobile can quickly cause serious complications in the heart, lungs or brain. It’s important to recognise a combination of signs which can indicate the presence of a clot and act swiftly to ensure that a prompt medical diagnosis is made and the most effective treatment administered. 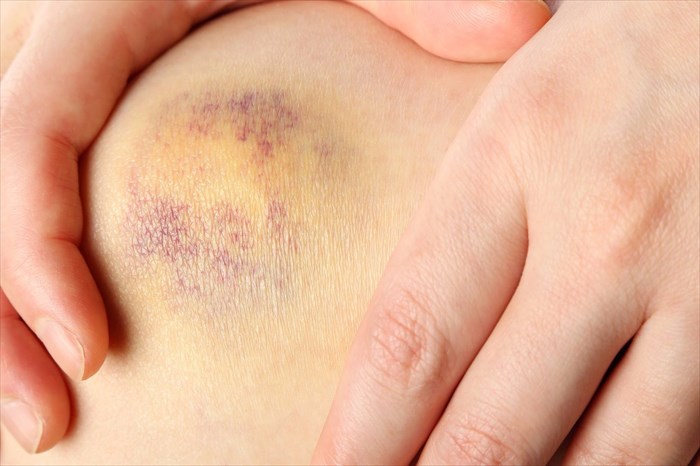 Like blood clots, bruises (also known as contusions) involve blood abnormalities or injury which results in noticeable discolouration of the skin. A bruise effectively forms when injury or trauma occurs on the skin, or blunt force contributes to a fracture (broken bone).

Other risk factors for bruises include:

Capillaries, which are small blood vessels beneath the skin's surface burst and trap blood in the affected area.

Bruises may be painful, mildly uncomfortable, tender or sore, or result in no symptoms at all. Skin takes on a bluish or dark purple / black colour as a result of a lack of oxygenated blood being delivered to the affected area. During healing, bruises take on other colours such as red, green and yellow before completely returning to normal (i.e. disappearing). As discolouration fades, so too does any discomfort or pain.

Bruises may occur just beneath the skin's surface (known as subcutaneous bruises), in the muscles or even in the bones (known as periosteal bruises). Symptoms of a bruise are generally consistent with each occurrence, no matter where on the body it occurs.

Discolouration due to a blood clot will likely be accompanied by associated symptoms of the location of the thrombus (i.e. leg, arm, chest, abdomen, head etc.). Bruising is only worrisome when a cause is unknown and it is accompanied by severe swelling and pain or other symptoms. Bruising can also lead to the development of a blood clot. In this case, medical intervention is necessary to determine an underlying problem causing bruising as a symptom.

For the most part, bruising is not a major concern and can be remedied with a little cold compress, followed by a warm one to reduce inflammation or discomfort. Blood clots which are noticeable with skin discolouration have more serious consequences and do require medical intervention, as soon as possible.

6. Centers for Disease Control and Prevention. March 2017. What are the Signs and Symptoms of Concussion?: https://www.cdc.gov/traumaticbraininjury/symptoms.html [Accessed 28.08.2018]

PREVIOUS What risk factors contribute to blood clots?
NEXT What kinds of blood clot complications can occur?
Back to top
Find this interesting? Share it!