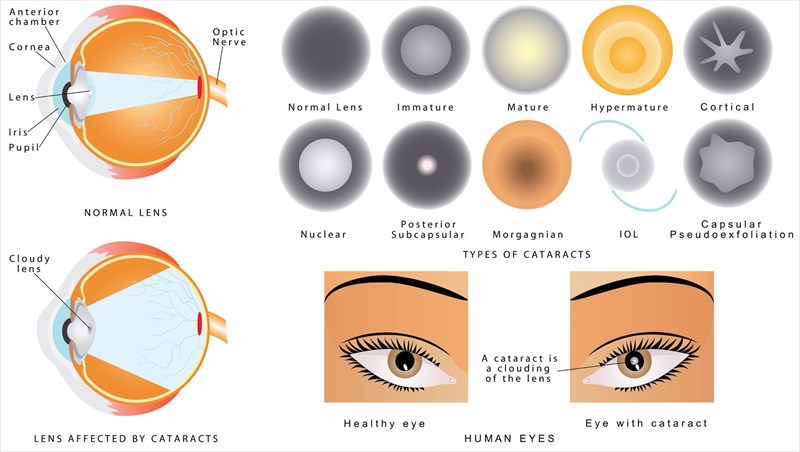 There are various known types of cataracts (based on underlying causes, as well as where they develop in the eye/s) which can occur. These are:

Clouding (occurring in a specific location of the eye lens) may be defined as:

Sometimes clouding can affect more than one portion of the lens too. Cataract formation may also be defined as mild, moderate or severe, as well as early or advanced. A totally clouded or opaque eye (almost entirely white in colour) is known as a ‘mature cataract’ or ‘ripe’ (the opposite is known as an ‘immature cataract’).

PREVIOUS What causes cataracts?
NEXT Symptoms of cataracts
Back to top
Find this interesting? Share it!