How is celiac disease treated? 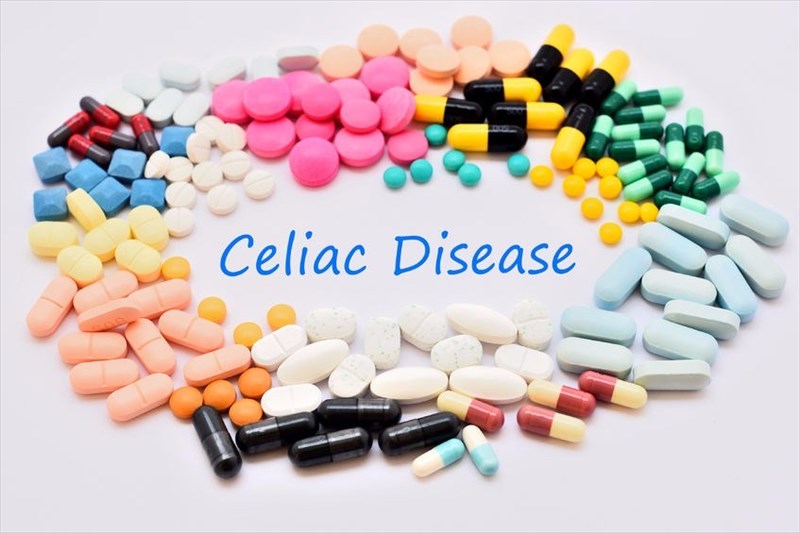 How is celiac disease treated?

In order for celiac disease to be effectively treated, a strict gluten-free diet will need to be followed, this is a lifelong treatment method, there are no exceptions to this when someone has celiac disease. The following are all products that contain gluten:

The person affected may also be referred to a dietitian in order for a gluten-free eating plan to be designed for them. Coeliac disease and gluten-free diets are something that have only recently become more accommodated for. Many restaurants and grocery stores are now offering gluten-free alternatives and meals which is extremely beneficial for those suffering from the condition. These products are often more expensive than their gluten counterpart, however, it is vital for those affected to remember the importance of sticking to a gluten-free diet in order to prevent further complications as discussed earlier.

Once gluten is removed from one’s diet, the inflammation of the small intestine will start to lessen. This normally happens within a few weeks, although patients often report of symptoms subsiding after a few days. It may take a few months or years for complete regrowth and healing of the villi to occur. Children tend to heal quicker than adults.

If a sufferer accidentally eats a gluten product, then they may experience some diarrhoea and abdominal pain. However, some people with celiac disease do not suffer from any symptoms or signs if they eat gluten, but this does not mean that this is not harming their small intestine. Even very small amounts of gluten can be harmful, regardless of the signs and symptoms shown as a result.

If a patient with coeliac disease suffers from severe nutritional deficiencies, then their dietitian or doctor may suggest that they take supplements which include:

These are normally taken in the form of pills, or, if the patient’s digestive tract cannot absorb vitamins properly, then they may be administered intravenously (through an injection). The doctor will need to ensure that these supplements are gluten-free.

If someone has coeliac disease, they will need follow-up care in order to ensure that their symptoms and signs are responding to the gluten-free diet. The doctor may also want to ensure that they are getting the provisions and support needed to maintain their diet for their specific lifestyles. Blood tests will be used to monitor their response.

The test results will typically be negative (they would have been positive when the patient was initially tested) once the patient has followed a gluten-free diet for six months to a year. If the results are still positive, then the doctor may investigate this further as there may be another reason such as unintentional gluten exposure within the patient’s diet.

It is important to note that these tests are not always accurate and in some cases where the results are negative, the patient may still be suffering from damage to their small intestine along with other symptoms.

Follow-up biopsies may need to be done in cases where the patient is still suffering from symptoms or to ensure that the intestine has started to heal. Children have less of a need for follow-up testing as they tend to heal a lot quicker than adults.

Some doctors may suggest that the patient has a routine biopsy if they have been diagnosed as adults in order to monitor the condition and healing of the intestine.

If the damage done to the small intestine is severe, then the doctor may suggest that the patient undergoes a treatment plan consisting of steroids in order to help reduce and control any inflammation. These are able to ease any severe symptoms associated with celiac disease and allow for the intestine to heal naturally.

If the patient is suffering from dermatitis herpetiformis, this is an itchy and blistering rash that is a result of coeliac disease, then the doctor may suggest applying skin medication regularly. One type of skin treatment is known as dapsone. The patient will also need to follow a gluten-free eating plan.

If the patient suffers from refractory coeliac disease (just to recap, this is when the intestine does not heal), this often results in the symptoms lessening and then recurring later or ongoing, severe symptoms in general. Should this occur, then the patient is likely to be referred to a specialised centre for evaluation. There is no current treatment that has been proven to be effective for this condition as yet.

Those who suffer from refractory celiac disease should be expertly treated as there are often a number of different causes of this condition. Typically, doctors will use a form of steroid therapy through systemic steroids (prednisone) or a topical budesonide. Systemic steroids are corticosteroids that are generally given orally or intravenously. These work through reducing inflammation, as well as altering the body’s immune system response.

Currently, the only therapy that has been proven for the treatment of celiac disease is following a gluten-free diet. However, this is not always completely effective as when someone who suffers from the condition accidentally eats something with gluten in it, they may experience severe symptoms after doing so. Therefore, a treatment needs to be found that can stop the symptoms from resurfacing even when gluten products are ingested.

There are a number of treatments that are in the process of development for the disease. Some of these attempt to bind to the gluten or neutralise it, others seek to address the issues in the intestine’s barrier and the body’s response when gliadins in gluten are ingested.

Researchers are also attempting to try and genetically modify wheat to remove the gluten component, however, they are yet to see success on these attempts.

As mentioned, there is currently no proven method of treatment for coeliac disease. There are, however, some enzyme therapies that are claiming to be able to aid in the digestion of gluten. These are available at some health stores and a number of other outlets. It is best that one always speaks to their doctor before taking any form of alternative medication as these are not scientifically proven to aid in the treatment of celiac disease.

PREVIOUS How is coeliac disease diagnosed?
NEXT Food precautions and FAQ for celiac disease
Back to top
Find this interesting? Share it!