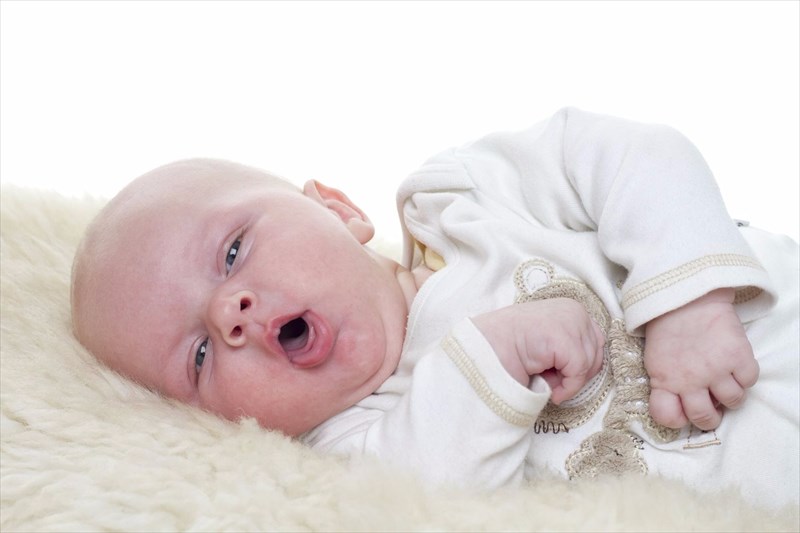 A condition that mostly affects babies and young children between the ages of 6 months and 3 to 5 years of age, croup is a viral infection that results in swelling of the voice box (larynx), vocal cords, bronchial tubes (bronchi or upper airways of the lungs) and windpipe (trachea), irritating the upper airways.

Swelling results in a narrowing of the airways and leads to breathing difficulties (which can develop a high-pitched whistling sound called stridor - this can be heard while breathing in) and a cough resembling that of a dog’s bark (some liken the sound to the bark of a seal as well). A little one’s voice may also become hoarse and raspy too.

Babies and young children are most vulnerable to croup, with infections typically peaking around 24 months of age. Older children and adults can become infected as well. Incidences of this viral infection tend to be higher around the autumn (fall) and winter months of the year.

Croup is generally not considered a very serious viral infection and is more often than not, mild. For the most part, an infection runs its course and can be comfortably treated at home. More severe instances can occur and will then require medical intervention. 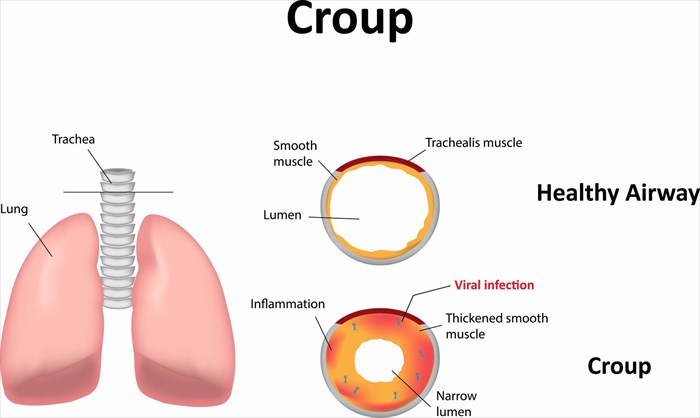 NEXT Causes and types of croup
Back to top
Find this interesting? Share it!

Often a sign that something is wrong in the body, a fever is a typical symptom of a variety of different illnesses. Here's all you need to know...