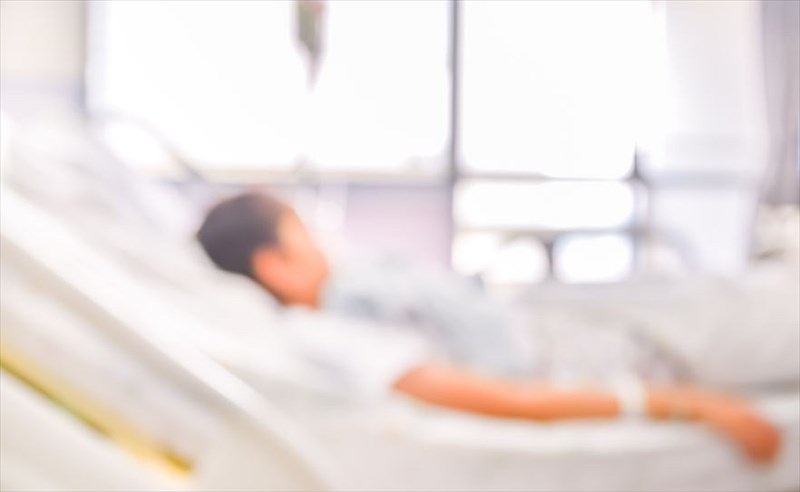 Treatment of the Ebola virus typically involves symptomatic support and medications. Currently there are no medications officially approved or indicated for use in Ebola treatment. Generally, medications are used to help alleviate the symptoms of the disease, or any complications which may arise as a result. The treatment procedures used are aimed at improving a person’s condition as quickly as possible, while making an infected person as comfortable as possible, thus ensuring the best chances of survival (by preventing progression of the disease or further complications).

Supportive care will normally be provided in designated / isolated treatment facilities. A patient with a ‘probable’, ‘suspected’ or confirmed Ebola virus infection will not be cared for near other patients.
Supportive care is helpful in strengthening an infected patient’s immune response, enabling him or her to better fend off infection within the body. Treatment typically involves the following:

Can Ebola patients be cared for at home?

Currently no healthcare authority anywhere in the world recommends caring for any individual with either a suspected or confirmed case of Ebola within a home environment. Anyone who displays symptoms of the Ebola virus (or who suspects possible exposure) must seek medical evaluation and treatment from qualified clinicians immediately.

Should a person fall unwell and die within the home, and loved ones suspect that this was due to a possible Ebola virus infection, the appropriate medical authorities must be notified immediately. Medical professionals may then advise loved ones on the appropriate procedures for care should anyone else have been potentially exposed to the virus, as well as how the body of the deceased should be safely handled. Normally a ‘dead body management team’ will be sent to safely retrieve the body of the deceased and remove it from residence. Safe burial procedures will then be followed.

How will a pregnant woman or a newborn baby with Ebola be treated?

General treatment practices are the same for pregnant women as they are for any other suspected or confirmed case of Ebola. Obstetric management will also be a key focus during treatment. This will involve the careful monitoring of an unborn baby and the expecting woman. Monitoring will also enable swift treatment should any haemorrhagic or other complications develop.

A pregnant woman will also be hospitalised (or isolated in a designated treatment facility), and special arrangements for labour and delivery will be made if she is close to her due date. The delivery of a baby will involve exposure to large volumes of blood and other bodily fluids (including amniotic fluids) and should delivery be necessary, extra precautions will need to be taken. Attending medical personnel will all be required to wear PPE during the delivery.

At this point, no delivery method is considered better than another when it comes to giving birth when infected with the Ebola virus. Exposure to bodily fluids is equally risky in vaginal and caesarean (c-section) birthing methods. Survival outcomes of both mother and baby will depend on the healthcare settings and specialised equipment available, the skills of the attending medical professionals and the condition of the patient at the time.

A baby that is born to a mother with a suspected or confirmed Ebola virus infection will be considered a ‘person under investigation’ (PUI) and will be carefully monitored and treated. A prematurely born baby may not survive his or her first few weeks. A newborn will likely be separated from his or her mother and cared for in isolation for at least 21 days. The baby will also be tested for virus identification. Currently there is very limited knowledge regarding babies born to mothers infected with the Ebola virus and it is not entirely known if the death of newborns in such instances occurs due to in utero transmission of the Ebola virus or if other factors play a role. (8)

In general, past outbreaks of the Ebola virus have resulted in high mortality rates. Mortality rates have varied according to the species causing disease – this highest of which have been as a result of Zaire ebolavirus infection. The high mortality rates experienced in the past also mean that the overall prognosis is generally considered to be on the poor side. Fatalities as a result of Ebola outbreaks in the past have seen severe clinical signs and symptoms early on and the rapid progression of illness.

For many, multi-organ failure and death occurred by the second week of symptomatic illness. More recent outbreaks of the disease have, however, seen higher infection recovery rates with more people surviving. This means that more can be learned with regard to the best means of successful infection treatment and how to better recover from Ebola going forward. Research into these incidences can also provide further insight regarding risk factors, as well as enable medical researchers to better understand how long it takes for the body to completely rid itself of the Ebola virus as well as the specific impacts of it while in recovery.

Effective supportive care during the clinical treatment of Ebola and the improved immune response of a patient are key factors for recovery. In those who survive an Ebola virus infection, recovery is mostly a gradual process and it can sometimes take several months before a person is able to fully resume normal activity. Thus, regaining body strength may be slow. Gastrointestinal symptoms like nausea, vomiting and diarrhoea can negatively impact a patient’s ability to maintain healthy nutrition, even during recovery. Weight that was lost during illness can slowly be regained but this can be a difficult process for some.

Generally, individuals who show physical improvement within two weeks following clinical treatment are expected to make a full recovery and are then discharged from clinical care. The period of viral persistence following a clinical recovery is often referred to as ‘convalescence’. During this period persistent health ailments may be experienced.

While the Ebola the virus can remain in the body for an extended period of time, healthy individuals are not considered to be at risk of infection by having casual contact with an Ebola survivor.

As the immune system strengthens the body it takes some time to fully clear Ebola virus, which may linger in certain portions. Exactly how long the virus remains in the body varies among survivors. Medical research is yet to determine such precise details as the long-term effects of Ebola. The various aspects of the disease continue to be better understood through ongoing studies, which higher numbers of outbreak survivors are helping to contribute to.

Areas of the body where the virus appears to take additional time to be cleared from include the eyes, central nervous system (especially the cerebrospinal fluid), and, in men, the testes. As such, health ailments during the recovery period are to be expected and appear to vary in severity among survivors. Some individuals appear to develop health concerns or complications soon after being clinically discharged, while others experience problems several months later.

Complications of the Ebola virus appear to vary and can also include the following:

Some patients may develop secondary complications during medical care / treatment. Such complications can be severe or even life-threatening, and can include:

How will human remains be handled?

Since the Ebola virus can be transmitted after a sufferer has died, safety during the handling of human remains is critical.

Key considerations with regard to the handling of a body include the following:

8. Centers for Disease Control and Prevention. Care of a Neonate Born to a Mother who is Confirmed to have Ebola, is a Person under Investigation, or has been Exposed to Ebola: https://www.cdc.gov/vhf/ebola/clinicians/evd/neonatal-care.html [Accessed 23.05.2018]

PREVIOUS Diagnosing Ebola virus
NEXT Ebola virus prevention
Back to top
Find this interesting? Share it!