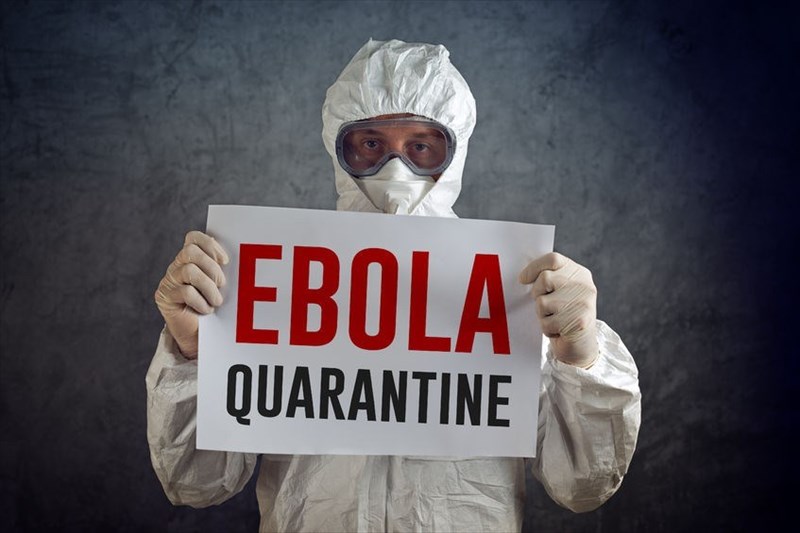 What is Ebola virus?

Ebola virus disease (EVD), formerly referred to as Ebola haemorrhagic fever, is an acute but rare infectious condition that can quickly become life-threatening. It is considered a rare condition because it does not frequently occur in most countries of the world. However, when outbreaks of Ebola do occur, these can be devastating and have resulted in many fatalities over several decades.

Ebola virus is known to affect both human beings and certain wild animals, specifically non-human primates, such as monkeys, chimpanzees and gorillas.

One of the first indications of the Ebola virus surfaced in the African country of the Democratic Republic of Congo (DRC – formerly known as Zaire) in an area near the Ebola River in 1976. Due to the location of the outbreak, the infectious condition was given its name. Another outbreak occurred simultaneously in Nzara, South Sudan and it was then determined that more than one species of Ebola existed.

Sporadic outbreaks have occurred since, causing severe illness and high losses of life in the DRC and its neighbouring African countries. The average fatality rate during an official outbreak is around 50% of those infected, however this has been known to reach as high as 90% during past epidemics. The lowest recorded fatality rate during a past outbreak has been 25%. (1)

Many of the outbreaks that have taken place have occurred in remote villages and towns which border the tropical rainforests of Central Africa. Transmission has also been known to reach the more urban settlements of these regions, most notably during the devastating outbreak between 2014 and 2016, which saw extensive loss of life. This, to date, has been the largest outbreak of the Ebola virus and is also regarded as the most complex, since infection spread to other countries including Guinea, Liberia and Sierra Leone. More than 29 000 cases were reported (and categorised as either ‘confirmed’, ‘suspected’ or ‘probable’), 15 000 of which were officially confirmed (diagnosed) via laboratory analysis and 11 000 of which resulted in death.

It has yet to be precisely determined just where the Ebola virus originated from in terms of a host carrier. The nature of illness that results from an infection has led experts to believe that Ebola is animal-borne. Bats (most likely fruit bats belonging to the Pteropodidae family) are believed to be the most likely carriers (2) as infections can be transmitted to other animal species, as well as human populations.

Although the Ebola virus disease (EVD) is considered a serious disease which has high fatality rates (especially if untreated or mistreated), it is a condition that can be effectively treated with few severe complications, and the further transmission of infection can be prevented. Supportive care implemented as early as possible can help to significantly reduce fatality rates and encourage illness recovery in infected individuals.

Outbreak control is vital when it comes to containing the effects of the disease and preventing rapid transmission exposure. 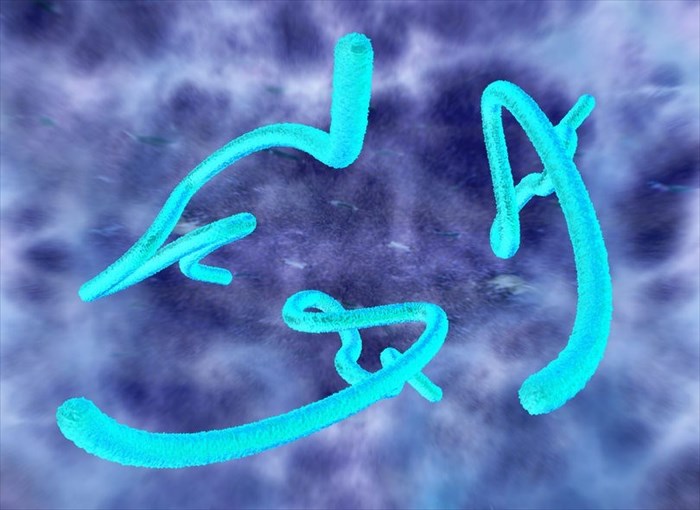 Although fruit bats are believed to be the general carrier source of the disease, medical experts have identified five Ebola virus species which effectively cause infectious illness. The Ebola virus, itself, is one of three which belong to the Filoviridae family. The other two are the Marburg virus and Cuevavirus. All of these viruses can result in haemorrhagic fever (a condition wherein these viruses interfere with the blood’s ability to clot, leading to damage to bodily organs and tissues, causing spontaneous bleeding).

There are four species of the virus which are capable of transmitting disease between infected animals and human beings, and one other that has only been seen to result in illness in animal species (non-human primates and pigs). The various species of Ebola virus are named in relation to the geographical location in which they were first documented.

Species known to cause illness in both animals and human populations are:

The only known species of Ebola virus that has not been found to cause illness in human beings is the Reston ebolavirus (Reston virus). This species was first identified in 1989 and is believed to be Asian-derived (and was traced back to a supplier of primate species in the Philippines). 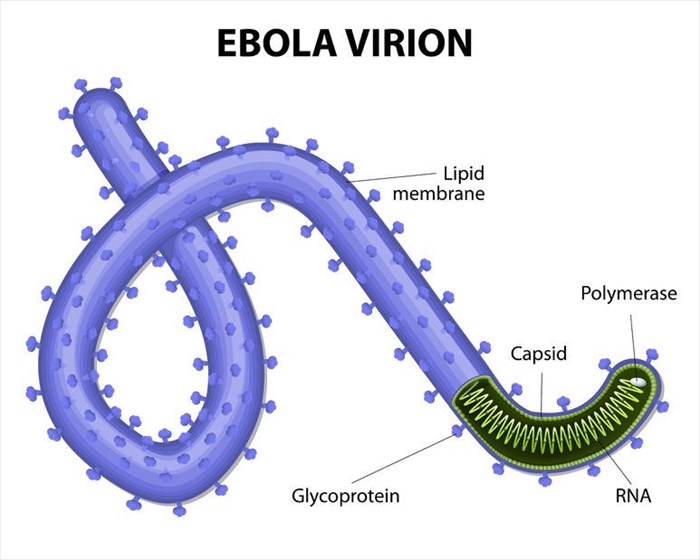 Filoviridae viruses share a filamentous / threadlike form which is characteristic of the virus family. The diameter is uniform; however, the length of the filament varies. Filaments can be either straight or folded.

The Ebola virus as a member of this family consists of a non-segmented negative-stranded RNA genome. Within this structure are 7 regulatory genes - 4 virion structural proteins and 3 membrane-associated genes.

Once an infection takes place in either human or non-human species, rapid viral proliferation (multiplication) occurs in multiple tissues and results in a defective immunologic response in the body within a short period of time. Viral replication can quickly become widespread and ultimately results in severe focal necrosis (cell death at the site of infection), particularly in the lymph-follicles and liver.

Infections which become fatal display widespread viral proliferation in the body’s tissues and bloodstream with high levels of Ebola virions (complete virus particles). Direct contact with any of these tissues or bodily fluids which are highly infectious, spreads the disease.

Non-structural secretory glycoprotein (sGP) which is secreted as a result of infection is currently believed to play a key role in the lack of sufficient immune response (i.e. the body’s inability to fend off of infection) in a host (infected people or animals). This glycoprotein helps the virus to evade immune system attack and thus enables its spread.

Once the virus is present in the body, its course of action is to both replicate within and demolish the endothelial cells (single-layered, squamous cells which line the interior wall linings of blood and lymphatic vessels). The destructive process is believed to contribute to haemorrhagic disease indications (internal and external bruising and bleeding) that can occur in progressed stages of the disease.

NEXT How is the Ebola virus transmitted?
Back to top
Find this interesting? Share it!

Since the early 1980s, HIV/AIDS has been widely publicised as a destructive virus without a cure. What is HIV and AIDS and how is it treated? Learn more here...

The mosquito-borne Zika virus became well known across the world in 2015 when mainstream media reported on its ties with microcephaly (a potentially fatal congenital defect) in newborns. Learn more...

One of the world's deadliest diseases if not sufficiently treated, malaria quickly affects a person's bloodstream and liver. Here's everything you need to know...

Any condition that directly affects the brain and spinal cord can ignite intense fear and anxiety in anyone. Here's what to know about Meningitis...

Measles, also known as rubeola, is a viral infection that affects the respiratory system, meaning that it inhabits the nose and throat. Learn more...