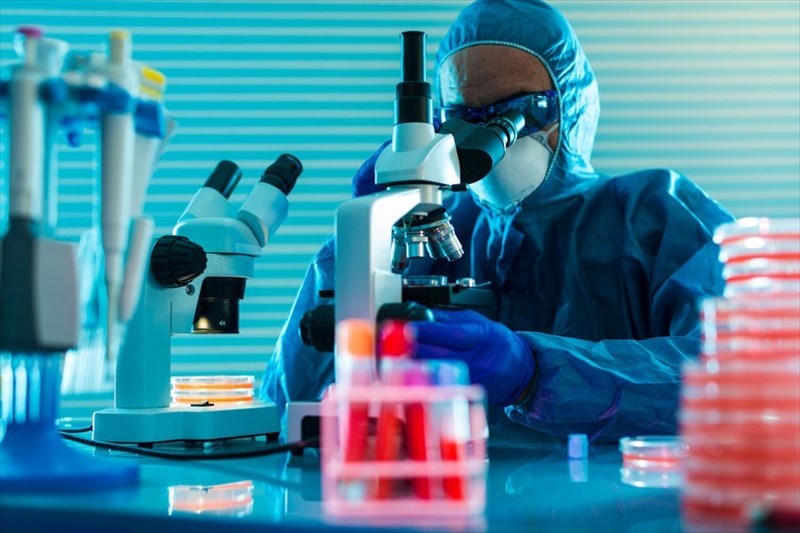 The driving factor for an Ebola virus diagnosis is typically during an active outbreak when a confirmed epidemic is occurring. An isolated incidence which presents suspicious indications associated with Ebola virus, like haemorrhage accompanied by fever and other flu-like symptoms, anywhere in the world will also prompt case reporting and diagnosis. Risk factors will also be taken into consideration if an individual has recently been to or lives within an area prone to outbreaks, especially in West or Central Africa.

It is standard practice for several differential diagnostic procedures to be implemented when an unwell individual presents a set of symptoms similar to those experienced with an Ebola infection. Before a diagnosis of Ebola is made, it is likely that any collected samples may also be screened for other acute (sometimes fatal) illnesses like malaria, Marburg virus disease (previously known as Marburg haemorrhagic fever) and Lassa fever (also known as Lassa haemorrhagic fever).

Due to the devastating nature of the Ebola outbreaks experienced during the past four decades, especially those which resulted in a massive loss of life (between 2014 and 2016) any diagnosis of Ebola virus disease (EVD) made typically requires coordinated involvement between international authorities, including government health departments, the World Health Organisation (WHO) and the Centers for Disease Control and Prevention (CDC) in the USA. Any suspected case is taken very seriously and is handled according to strict outlined evaluation and management strategies.

How will suspected Ebola virus cases be handled during the diagnostic process?

A diagnosis of Ebola virus infection in individuals suspected to be infected with it is essential even though, to date, there are no formally approved therapies specifically for the treatment of the condition. The earlier a person is diagnosed; the sooner supportive care and appropriate treatment can be implemented so as to increase the odds of survival and reduce the risk of further transmission.

A diagnosis confirms what healthcare personnel are dealing with when providing care and enables the mobilisation of teams to ensure that strategies for larger population safety can be swiftly implemented.

When a symptomatic individual is present at a consultation, the following general assessment steps will likely take place:

A medical professional or physician will request some detail pertaining to the person’s overall health condition in order to determine all of the related information that will need to be taken into consideration before any diagnosis is made. This will include existing or recently experienced medical conditions, treatment procedures and medication / substance use. A vaccination history will also likely be discussed.

If the Ebola virus or another medical condition which results in a similar set of signs and symptoms is suspected, a medical professional may ask several questions relating to the person’s travel activity – this is to determine if a patient has recently visited a region or country (within the past 21 days) that either has a history of or a confirmed active Ebola outbreak. A medical doctor will also likely keep in mind any other potential conditions, especially infectious illnesses which may be experiencing high case numbers in such regions or countries.

A physician will likely ask questions relating to whether or not a patient has recently been exposed to an individual with a similar set of symptoms. If so, he or she will ask questions related to the nature of exposure to help identify any potential risk factors. This line of questioning may help to highlight any other people who may be at risk of infection (through possible exposure) and currently be classed as asymptomatic.

Medical professionals will look out for the tell-tale combination of signs and symptoms that are consistent with the Ebola virus (or possibly another condition). A physician will look out for the most common indications of illness and be particularly cautious if any signs or symptoms of haemorrhage are apparent at the time of examination. If an infectious condition like Ebola or another haemorrhagic virus is suspected, a physician will likely wear protective equipment (including a mask and gloves) as a precaution while examining the patient.

If Ebola is suspected during this process, a medical doctor will seek to determine if the patient’s condition is likely in the early or progressive stages of the disease. Symptomatic indications, like a low-grade fever, fatigue and other flu-like ailments, as well as gastrointestinal troubles may point to early disease development. A maculopapular rash is more typical around the 5th day following virus exposure and is often more clearly visible on fairer complexion individuals (such as Caucasian patients). Conjunctival injection (red eyes) may also indicate earlier stages of the disease. 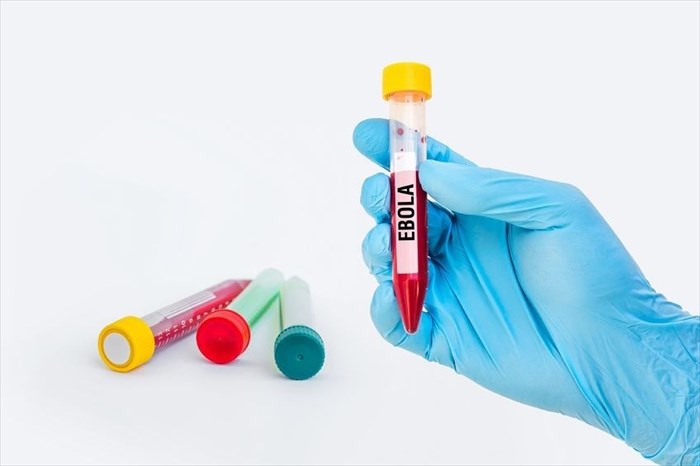 During medical evaluation, a medical doctor will take into careful consideration any other infectious or non-infectious conditions which may present similar symptoms. The process a doctor will follow largely depends on the individual’s risk factors (especially if a person resides in or has travelled to an outbreak prone region or country), as well as his / her predominant symptoms and vaccination history.

Other conditions that a doctor will consider (or keep in mind) for differential diagnosis will include:

Once initial assessments have been completed and other medical conditions ruled out, should an infection with the Ebola virus be strongly suspected, a medical professional will need to determine a patient’s exposure risk category (high, moderate, low or non-identifiable). This is necessary as it will guide the subsequent management and therapeutic actions of the attending medical professional/s. Determining the risk of exposure will apply to any individual who is symptomatic (showing symptoms) or asymptomatic (not showing symptoms).

The starting point is to assess any possible exposure that may have occurred within the previous 21 days, especially if symptoms are present. The level of exposure risk typically increases for healthcare workers with the number of probable or confirmed cases requiring care.

What tests are used in Ebola virus diagnosis?

If infection with the Ebola virus is suspected, a medical professional may expect to find the following during laboratory testing of blood samples:

Testing for Ebola virus infection is required in the diagnosis of the virus and involves coordinated efforts between the local health authorities where the incidence (or outbreak) is suspected to have occurred, as well as the CDC and WHO. The attending medical professional/s will also need to request the assistance of an infectious disease specialist as quickly as possible and implement isolation and barrier protection protocols.

Any testing that is required will be carefully handled by the medical personnel exposed to an individual suspected as having a condition that may be transmitted via human-to-human contact. Medical professionals will take precautions so as to avoid any direct contact with the bodily fluids of a patient, and thereby reduce the risk of transmission – even before a confirmed diagnosis is made.

All healthcare personnel and officials providing care to a patient suspected of being infected with Ebola will be required to wear personal protective equipment (PPE) or similar equipment that does not expose the skin. Such equipment can include things like surgical hoods (covering the head and neck), gloves (which must be disinfected after handling a patient or their bodily fluids), a facial shield and respirator (instead of just goggles and a mask). Equipment should never be adjusted while handling an infected patient.

Testing for Ebola is required for any patient who is assessed as symptomatic (showing symptoms) at any level of identifiable risk (high, moderate or low). Testing requirements involve:

Testing is not typically required…

Tests which will be used for diagnostic purposes include:

Other tests which may be useful for viral detection include:

Emergency use authorisation (EUA) of in vitro diagnostics (7)

Emergency authorisation of in vitro testing (i.e. test in test tubes or cultures) used in the detection of the Ebola virus is granted by the FDA (Food and Drug Administration in the USA). Such emergency authorisations may be approved when medical personnel are presented with Ebola or similar illnesses which may be life-threatening when no other approved alternative testing means are available. In such cases unapproved medical products may be used for diagnostic purposes.

Means for diagnosis which may be used by specially trained individuals include:

Precautions will be followed as with any other individual when it comes to pregnant women who are suspected of or confirmed as being infected with the Ebola virus. Pregnant women are not considered as being at a higher risk of infection than the general population. Over and above the standard precautions, medical professionals will, however, take into careful consideration additional risks to both a mother and her unborn baby – such as the loss of the baby or pregnancy-associated haemorrhage. Pregnant women may be more susceptible to severe illness and even death.

No female healthcare workers or personnel who are pregnant themselves are advised to handle any suspected or confirmed cases of the Ebola virus in pregnant women.

Any suspected cases will need to be thoroughly screened and diagnosed in the same way as any other non-pregnant individual. Additional monitoring and care will be provided for the safety of a pregnant woman and her unborn baby.

PREVIOUS Signs and symptoms of Ebola virus infection
NEXT Treatment measures for Ebola virus
Back to top
Find this interesting? Share it!