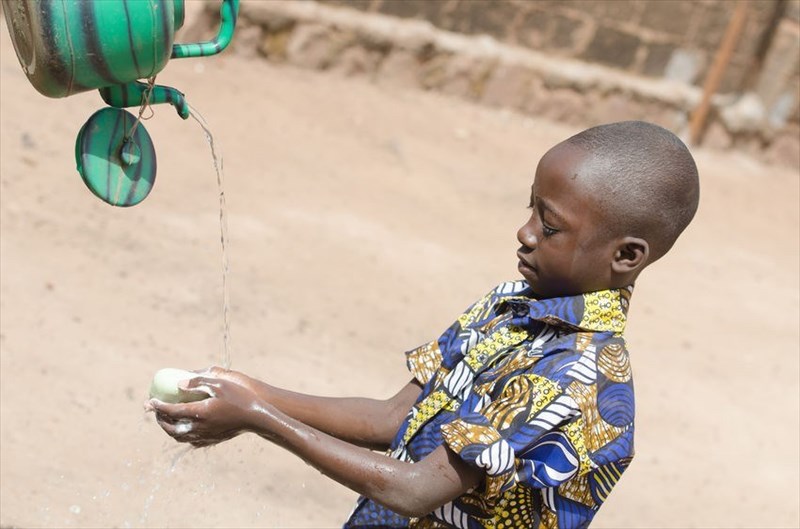 Outside of the African continent, the prevalence of Ebola (or EVD) is considered extremely rare. Within sub-Saharan Africa, where the majority of outbreaks have taken place, the disease is more frequently encountered and widespread.

Prevention of Ebola mostly relates to individuals living in or travelling to regions where the Ebola virus has historically occurred. There are several factors to take into consideration when it comes to its prevention…

Direct contact with bodily fluids can lead to the virus entering the body through broken skin or the mucous membranes (mostly those of the eyes, mouth or nose). Hands which come into contact with the infected blood or bodily fluids of a symptomatic individual can often transmit the virus via the mucous membranes just by touching the facial area. Mindful hand hygiene is thus one way the risk of transmission can be lowered, reducing the spread of further infection.

Hand hygiene considerations for prevention can include:

If and when a person is in a region or country known to experience Ebola outbreaks, the following considerations are highly advisable:

Anyone who has travelled to an area with a known history of outbreaks should remain alert with regards to their overall health condition for at least 21 days after returning home. If any signs and symptoms of ill health develop within that time period, a medical consultation must be arranged immediately.

3. Reducing the risk of sexual transmission

The risk of sexual transmission of the Ebola virus is not entirely well understood but it is believed to be a significant possibility. Thus, it is advised that sexual activity (without sufficient protection) with an individual who has recovered from the Ebola virus be avoided.

The greater risk appears to be for the partners of men who have had the Ebola virus and made a recovery. Just how much of the virus remains in semen and over what period of time during recovery is yet to be determined. It has been documented as a possibility for transmission to occur up to 9 months after falling ill with Ebola virus. (9) Nevertheless, transmission through sexual activity is not considered a primary risk. Instead it has been documented as a rare instance. However, evidence-based possibility is something that has encouraged further research in order to conclusively determine related risk factors, including whether or not women in recovery may pose a risk to their partners too (through contact with vaginal fluids).

Once a patient is ready for clinical discharge and can continue recovering in a home setting, healthcare workers are likely to provide some counselling to a survivor and their sexual partner. The counselling will detail the risk involved when it comes to sexual transmission. Condoms may also be provided in order to encourage enhanced protection for both men and women.

Survivors and their sexual partners can then choose to either completely abstain from any form of sexual activity or observe safe sex practices with the use of condoms until such time as a previously infected male’s semen has tested negative for the virus at least twice.

For male survivors, semen testing (RT-PCR) is offered within 3 months (from the onset of disease symptoms). Should this test return with positive results, a medical professional will recommend follow up tests at least once every month thereafter until such time as results return as negative. At least 2 consecutive negative results (conducted at least 1 week apart) are considered clear of the virus. Normal sexual activity is then considered safe and virus free.

Until such results are obtained, general hygiene practice is just as important as practicing safe sex. Survivors and their partners must ensure proper hygiene and handwashing immediately after any physical contact with semen is made. Used condoms must be carefully disposed to reduce the risk of contact with infected semen. 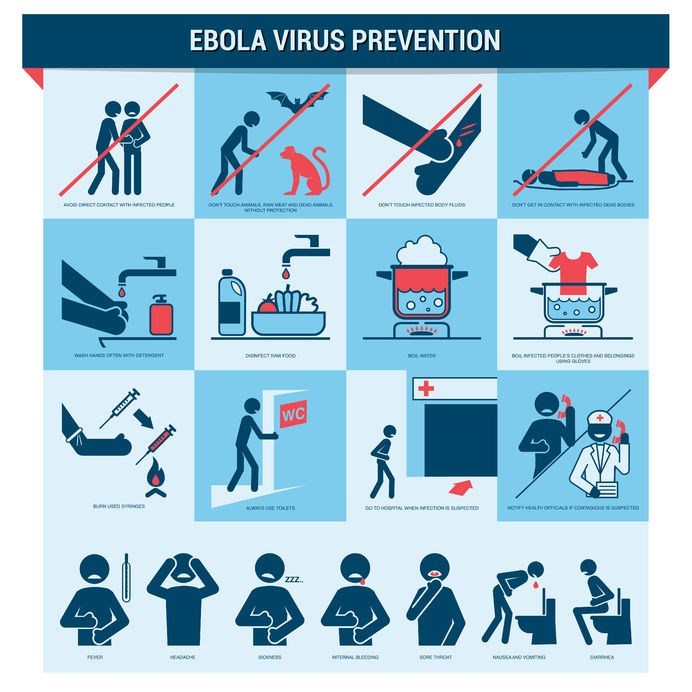 Currently there is no vaccine for the Ebola virus that has officially been licensed for use anywhere in the world. Numerous candidates are, however, undergoing extensive research processes. The different candidates are at different development stages too.

Vaccine candidates which have shown the most promise at this stage include: (10)

These two potential Ebola vaccines have shown significant promise for possible approved use. Both are capable of inducing immune responses in the body within 1 month. The induced immune response can also last for up to 1 year (offering a vaccinated individual sustained immunity). (11)

Neither or the two vaccine candidates caused any major use health complications during trials. Side-effects experienced by those participating in research studies have been recorded as minor and transient (temporary). 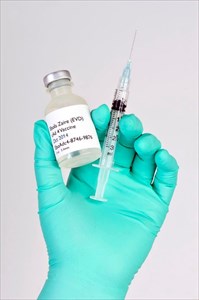 Neither of these vaccines have been authorised for use by the FDA as yet, but possible approval may take place during the course of 2018. Emergency stockpiles (thousands of dosages) have already been granted Emergency Use Authorization (EUA) following an approved IND (Investigational New Drug) application, however. This has been done so that an emergency stockpile can be made available (even though the vaccines are still being studied further for safety purposes, including in individuals with other infectious diseases and young children) should an outbreak occur before FDA approval of either vaccine is officially granted. This proved prudent as such an event has already happened…

In 2016, an outbreak of Ebola occurred in Guinea and the rVSV-ZEBOV vaccine was given authorisation for use outside of research settings. A total of 1 510 individuals were vaccinated, including minors (between the ages of 6 and 17) and front-line workers. No severe side-effects were noted (minor side-effects were experienced for a short period). None of the vaccinated individuals contracted the Ebola virus either. A ring vaccination strategy (immunising large groupings of individuals in a short period of time) was also shown to be an effective means of implementation. (12)

Stockpiles of the rVSV-ZEBOV vaccine (4 000 doses) have since been shipped for administration use in the most recent Ebola outbreak which took place in the DRC in May 2018.

Research for these vaccines and others is also ongoing, including one which may be used in primates at risk of infection with the Ebola virus.

12. U.S. National Library of Medicine - National Institutes of Health. Decmber 2017. Ring vaccination with rVSV-ZEBOV under expanded access in response to an outbreak of Ebola virus disease in Guinea, 2016: an operational and vaccine safety report: hhttps://www.ncbi.nlm.nih.gov/pubmed/29033032 [Accessed 23.05.2018]

PREVIOUS Treatment measures for Ebola virus
NEXT Ebola outbreak response guidelines
Back to top
Find this interesting? Share it!