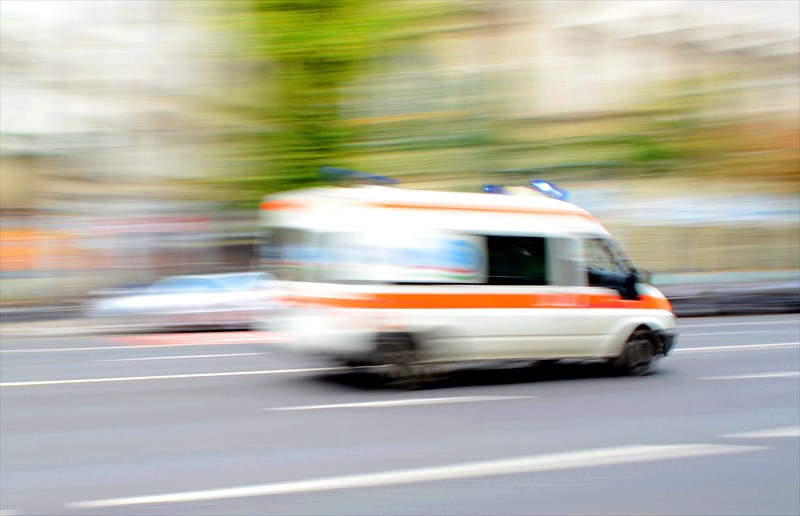 A simple explanation of the occurrence of motion sickness

Simply put, motion sickness (carsickness, seasickness, air and simulation sickness) is a result of mixed signals that are sent to the sufferer’s brain by the inner ear (particularly the semi-circular canals within it) and the eyes. If one is unable to see the motion that their body is experiencing or if they cannot sense the motion that their eyes are viewing, or both systems see and detect motion, but the signals do not correspond, then their brain might get mixed signals which result in the development of some of the symptoms of motion sickness.

The above information serves to provide a basic understanding of how motion sickness is induced within the brain. The section that follows provides more in-depth and complex information on how this commonly experienced syndrome occurs.

A more complex explanation of the causes of motion sickness

The brain receives a number of incoming signals that it uses to estimate the spatial orientation and motion of the head. The primary sensory signals aiding the orientation process are: 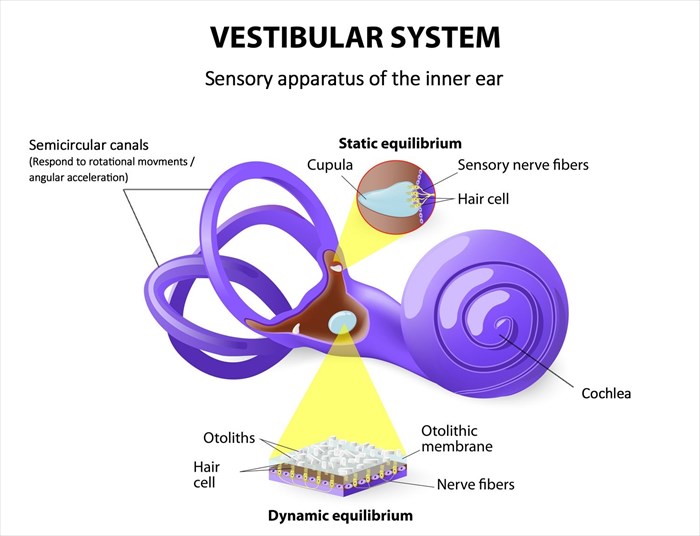 To ensure that the body remains upright, the vestibular system (made up of the components of the inner ear including the labyrinth) sends signals to the neural structures which control eye movements as well as to the muscles involved in posture. The brain uses this information to understand the body’s position and acceleration from one moment to the next.

When the body is involved in active movements, for example, locomotion (i.e. travel by bike, car, train or boat), then the motor command that is generated in the brain, which is sometimes referred to as an efference copy or corollary discharge, will also be used to estimate the movement of the head and body. During self-generated motion (i.e. walking or running) in normal, healthy people, the motor command and sensory feedback are in harmony, and as a result, the brain is able to generate a stable, accurate estimation of the head’s orientation and motion without issue.

When active movements are absent, the brain’s estimation of motion will be primarily based on the vestibular, somatosensory and visual information it receives. If these three primary sensory signals are not in harmony, this will generate conflicting sensory cues within the brain and it is thought that this conflict is what results in the symptoms associated with motion sickness.

An example of this is described as follows – when the visual system indicates that a person is standing still when they are perhaps viewing the inside of a ship's cabin but their vestibular system senses the slight repetitive head movements experienced as a result of the ship's natural rocking motion in the ocean, this will result in a conflict of visual and vestibular cues, resulting in motion sickness symptoms. In addition, in instances where the otolith organs (i.e. the saccule and utricle), and the semi-circular canals create sensory signals that are not in harmony with one another, motion sickness may be induced independently of the person’s vision.

Motion sickness may also be induced when a person’s visual system senses movement, but the vestibular system senses a different motion, as is often the result when playing virtual reality (VR) games. This conflict of signals may result in an illusory sense of motion without actual movement, that can lead to motion sickness even in the absence of any physical movement.

The above information shows just how important the inner ear and the labyrinthine inputs received from it are when it comes to the development of the symptoms of motion sickness. Experimental studies2 conducted on animals with inactivated semi-circular canals and otolith organs showed that these animals did not develop motion sickness. Similarly, a group of deaf subjects thought to lack any peripheral vestibular function did not become ill when attempts to induce motion sickness were made. Blind people are thought to experience the same symptoms of motion sickness as those who have normal vision, this suggests that the sensory cues obtained from visual information may be less crucial than other sensory cues in the development of this condition.

Abrupt changes in movement and repetitive motions are most likely to cause motion sickness, especially when the head rotates about two axes simultaneously.

While medical professionals understand what causes motion sickness, the anatomical reasons as to why it occurs are still not clearly understood. It is presumed that connections between the central vestibular system in the brainstem and cerebellum and the centres of the brain that trigger vomiting (i.e. the emetic centres) and control the autonomic system (a largely unconscious system that regulates bodily functions like heart rate, breathing, digestion, pupil contraction and dilation, urination and sexual arousal) are involved.

A neural process, known as the velocity storage mechanism (VSM), is also thought to play a role in the development of motion sickness. This process compensates for any inaccurate information received from the labyrinths and sensors within the inner ear, helping the brain to more accurately estimate rotation speed, inertia and orientation relative to the earth’s vertical axis.

Critical neurotransmitters, which are chemical messengers in the brain, are also thought to be involved in the development of the syndrome. These include norepinephrine (a stress hormone which triggers the ‘fight or flight’ response during a stressful event), histamine (in the brain this hormone promotes wakefulness and in the body is responsible for aiding the immune system function and digestion) and acetylcholine (this hormone aids in muscle contraction throughout the body, which is essential for a variety of functions and movement). In addition to these key players in the progression of motion sickness, GABA (gamma-aminobutyric acid) also has a role to play as this amino acid inhibits the transmission of certain nerve impulses that take place within the central nervous system.

PREVIOUS Motion Sickness
NEXT Risk factors for motion sickness
Back to top
Find this interesting? Share it!