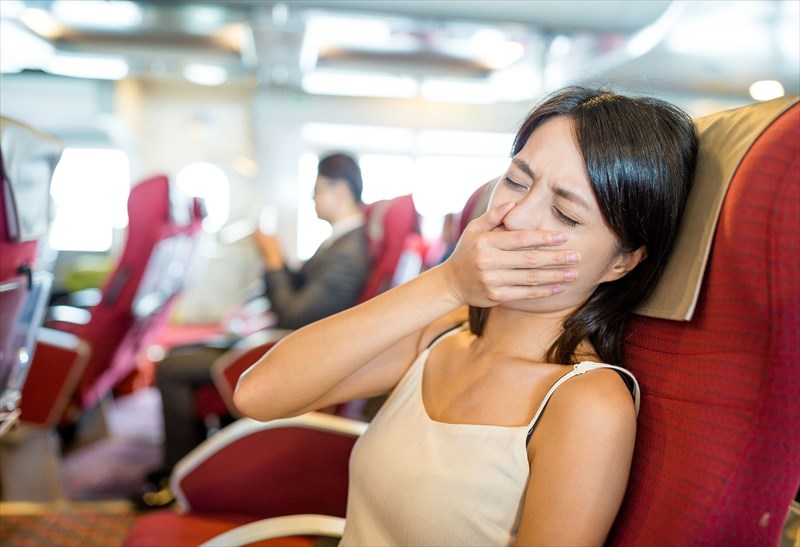 An introduction to motion sickness

Motion sickness, often referred to as travel sickness, is a syndrome that occurs as a result of motion, either real or perceived. It can be induced by a variety of movements during transportation or leisure and depending on the cause, includes airsickness, seasickness, car sickness and simulation sickness which is often experienced on amusement park rides, during 3D movies or when playing 3D or virtual reality games.

A variety of symptoms that include CNS (central nervous system), autonomic and gastrointestinal symptoms that progress from sweating and dizziness to fatigue, nausea and vomiting may be experienced. Vomiting, however, will not ease nausea and may continue and until the cause is treated.

Experts usually describe motion sickness as the feeling someone gets when the motion they sense with their inner ear, which plays an important role in the human vestibular (balance) system, is not the same as the motion they are seeing. This causes a conflict within the brain that leads to motion sickness and its associated symptoms. The dizziness experienced is typically physiological as it is not indicative of a disease process and can be induced in most people.

That said, susceptibility to motion sickness varies greatly among individuals. It is estimated that around a third of the population is highly susceptible to motion sickness and the remaining two thirds may suffer from the condition only under extreme circumstances.

Women generally suffer from motion sickness more often than men, but the risk decreases with age. Interestingly, research shows that people of Asian descent are more prone to motion sickness than their European counterparts1 which has led scientists to believe that genetics may have a role to play in a person’s susceptibility to the condition. Situational and behavioural factors such as diet, eating behaviour and the passengers view of the road or surroundings, also play a role in its development.

**Interesting fact - Hippocrates, a well-known Greek physician who is regarded as the father of medicine, was the first to describe the symptoms of motion sickness. He noticed that the symptoms occurred most frequently on boats and that the most prominent symptom was nausea. Interestingly, the word ‘nausea’ was originally used to describe seasickness and is derived from the word ‘naus’ meaning ship in Greek.

NEXT What causes motion sickness?
Back to top
Find this interesting? Share it!

One of the initial signs of pregnancy is morning sickness, also known as nausea / vomiting of pregnancy (NVP). What is it exactly and should you worry about the health of your pregnancy?

Headaches. We all get them. When is a headache something to worry about? We take a look at the most common types here...