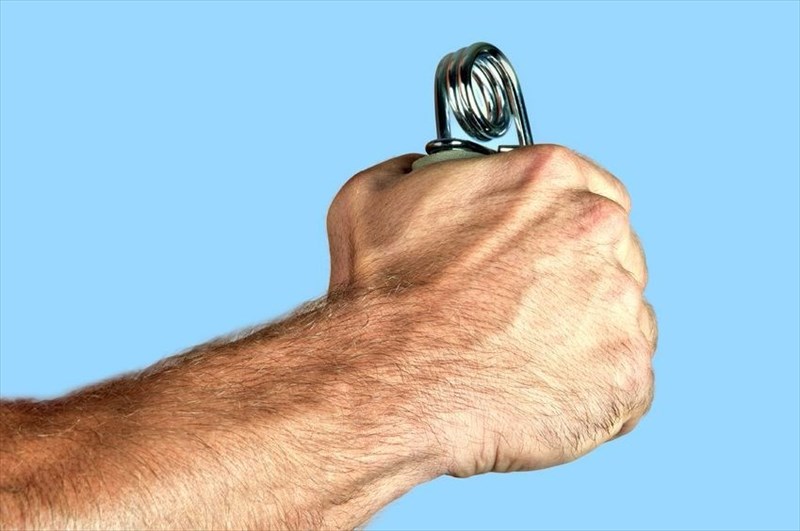 Once a diagnosis is made, a comprehensive treatment plan may begin. A combination of medication, lifestyle adaptations and various therapies provide the most effective treatment of the condition. If these prove unsuccessful, surgical intervention methods may be recommended.

The approach to treatment is most often a ‘team effort’ involving various specialist professionals:

General guidelines for medication use include:

Another important part of treatment, along with medications, is to physically work with the effects of Parkinson’s disease with a variety of different, but beneficial therapies … 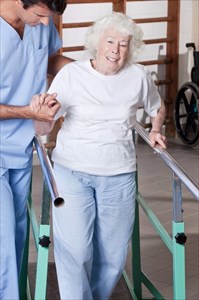 This method of treatment aims to restore normal alignment of the body, and thus enhance motor responses, balance and the ability to initiate movement (or motion). Muscle strengthening exercises also extend into areas of speaking, chewing and swallowing by working with the affected physical portions of the face. Physical therapy, like medication or surgery is not a means to cure the disease.

It is an effective method to help a person compensate for the neurological damage brought on by the condition. A variety of movement techniques, equipment uses and strategies will be used to teach a Parkinson’s sufferer how to loosen and strengthen affected muscles. Much of these techniques are aimed at allowing a person the ability to perform exercises outside of medical facilities and on their own on a regular, day-to-day basis. This helps to improve movement and function, relieve pain, correct problems with balance and coordination, body weakness, gait difficulties, alleviate fatigue and promote an independent lifestyle.

A thorough initial evaluation will determine how many sessions will be required with follow-ups to assess progress being made.

This method of treatment focusses on helping a Parkinson’s sufferer achieve an active daily lifestyle. An occupational therapist will work with an individual to fine-tune skills that will enable them to complete a variety of different tasks without great difficulty, sometimes with the use of equipment.

Changes to the home or place of work may be required for additional comfort and an occupational therapist can advise the best means to do this and maintain a comfortable, independent lifestyle. Areas of focus for this means of treatment include arm and hand therapy, aids for handwriting, vehicle modification and driver evaluations, home, home-making and cooking changes and adaptations, adaptations for more comfortable eating, adaptations to the bathroom (bath tub and toilet equipment), grooming and dressing aids, computer or workplace equipment adaptations, leisure skills development and effective lifestyle changes that preserve energy levels. If needed, an occupational therapist can also teach an individual how to best use a manual or electric wheelchair.

As with physical therapy, a thorough evaluation will determine the number of necessary sessions, with an appropriate number of follow-ups thereafter to assess progress or make adaptations to increase levels of comfort.

Aside from some of the other physical symptoms of Parkinson’s disease, speech difficulties are a source of intense frustration for many sufferers. Difficulties present another area of continuous struggle and even embarrassment. As many as 89% of Parkinson’s disease sufferers develop vocal and speech difficulties, especially a low or soft voice. Normal speaking volume is compromised as the necessary amount of air required to leave through the voice box (or larynx) is restricted, thus weakening the vocal cords and producing an inadequate amount of vibration needed to produce sound.

Some therapy techniques teach an individual how to speak “loud and low”. The fundamental purpose of this treatment is to assist an individual with being able to learn how to re-programme the brain (‘speak loud, think shout’ or ‘think loud, think low’), modifying speech and improving vocal ability. The process is a little complex and finding a balance that does not create an overly high-pitched or loud sound which is often less intelligible takes time and practice. ‘Think loud, think low’ methods have effectively shown an improvement in volume and an enhanced voice quality without placing additional strain on the larynx.

Therapy also focusses on non-verbal communications skills, and also offers day-to-day maintenance tips such as trying to talk in environments with reduced noise levels (instead of trying to compete with televisions or crowds of people), making an effort to speak slowly and using short phrases, ensuring face-to-face conversation for easier understanding, prolonging vowels and exaggerating consonants, ensuring adequate periods of vocal rest or making use of a voice amplifier. Non-verbal techniques (augmentative and alternative communication or AAC) can help where others have difficulty understanding an individual with speech difficulties. These include writing things down or using an alphabet board, or expressive gestures. Some therapists may recommend the use of devices to enhance communication.

Surgical procedures are generally last-resort options when medication use has not proved effective for the control of Parkinson’s disease symptoms.

A far more favoured method of treatment is DBS which targets Parkinson’s symptoms by making certain parts of the brain inactive without having to surgically destroy them. Electrodes are implanted in the thalamus, globus pallidus and subthalamic nucleus portions of the brain with the help of CT or MRI scans. These electrodes are connected to an impulse generator (or IPG) which is implanted beneath the skin (usually in the chest, just beneath the collarbone). The loose ends of the electrodes are surgically placed (via incisions) beneath the skin of the head and stitched up. The IPG serves as something like a pacemaker which sends continuous electrical pulses to the targeted areas of the brain when active.

Radio signals are linked to a computerised programme, which can also be activated (or turned off) by a Parkinson’s disease sufferer using special devices or magnets. Batteries for an IPG can last between three and five years, depending on the amount of use and can easily be replaced when needed.

Stimulators are only activated four to six weeks after the surgical implantation and may take several months to take effect, in combination with medication adjustments (reduced dosages). A patient will remain in hospital for a period of 24 to 48 hours following the procedure.

The effect is similar to that of a pallidotomy or thalamotomy, but without surgically destroying the targeted areas of the brain and with very few side-effects. Other benefits are that stimulation is adjustable and can be changed according to a person’s disease progression without the need for further surgery, and that the procedure targets most of the major Parkinson’s disease symptoms.

These benefits improve a person’s quality of life considerably, especially if the subthalamic nucleus was targeted, which has shown the best results with reducing the use of medication. Up to 70% of patients having had the treatment experience a significant improvement in symptoms.

If side-effects are experienced, the stimulator can be turned off or deactivated. Other disadvantages include a small risk of infection (due to implantation of a foreign object) and bleeding in the brain.
Surgery for implantation carries a 2% to 3% risk of paralysis and other complications such as permanent memory, thinking or personality changes and seizures. A doctor must be called immediately if severe or persistent headaches, bleeding, swelling, vision loss or sudden vision changes, a persistent fever or chills develop post op.

This procedure will only be recommended if an adequate trial of medications has shown to be unsuccessful (or unstable) in treatment Parkinson’s disease symptoms. Deep brain stimulation procedures should be performed in an environment where there is a multi-disciplinary team of experts (neurologists and neurosurgeons with specialised skills and training for this procedure). It’s important to keep in mind that the procedure cannot reverse damage caused by Parkinson’s disease, not prevent the progression of the condition. It can, however, work to stabilise symptoms and in so doing, alleviate effects of mobility problems, tremor and rigidity.

Those who are not good candidates for deep brain stimulation surgery may be able to treat their symptoms with a gamma knife procedure instead. Parkinson’s disease sufferers who are not able to discontinue their medication for a short period of time or are also taking blood thinning drugs may be better off opting for this surgical procedure in order to treat Parkinson’s disease symptoms. Others may elect to have this as it is a less invasive option. A doctor will consider this treatment method when medication use is not proving successful in alleviating symptoms.

Unlike the name of the procedure, there is no actual ‘knife’ involved in the actual process. A machine which emits hundreds of highly focussed, and powerfully concentrated (precise) gamma radiation beams is used instead. The beams are accurately programmed to target the affected areas of the brain without heavily influencing the healthier portions.

In order to gain this level of accuracy, the process requires the efforts of a team of specialists – neurosurgeons, neuro-radiologists, radiation physicists, radiation oncologists and specialised nursing teams.

Using specialised imaging scans (MRI and CT) this multi-disciplined team are able to pinpoint exact locations in the brain to work with. A Parkinson’s sufferer is given a local anaesthetic and fitted with a head frame which is positioned inside a helmet which will allow radiation to be accurately directed to the targeted areas. From there he or she lays down on a table that slides into the gamma knife machine.

Radiation beams are delivered through 201 ports inside the helmet, which intersect at the targeted area. This process can take between 15 and 40 minutes. Discomfort may be mild and very few experience side-effects following the treatment. Once completed, a Parkinson’s disease patient can return home (as this is an outpatient procedure).

The success rate for this procedure is between 70% and 90%, depending on the condition of the individual being treated and the extent of their disease progression. Success is measured over a period of time, with effects usually showing positive signs within at least several months. The treatment option is not as successful for symptom management as deep brain stimulation.

Research is ongoing and extensive when it comes to finding ways to better understand this disease and how to gain control of symptoms or reverse their damaging effects altogether. To date, most treatment focusses on the effects (symptoms) of Parkinson’s disease, largely because the fundamental cause still has so many grey areas (i.e. is not fully understood).

Many a clinical trial has been done and continues to be implemented to find new ways to better target the source of Parkinson’s disease symptoms. Although much has been done, research has come a long way, particularly during the past decade. Research is not only taking potential genetic factors and medicinal treatment into consideration, but also ways to better enhance the effects of treatment for the patient living with Parkinson’s (i.e. taking into account their feelings and noting specific experiences on a day-to-day basis while undergoing treatment).

Neurosurgeons and neurologists are exploring ways to graft dopamine-producing cells (stem cells) in the brain as an alternative method to medication treatment which works to correct neurotransmission imbalance.

Glial cell-derived nerve growth factor is also an area of intense research. Nerve growth factor is a substance which is naturally produced in bodily tissues. Injections of the substance is being researched as a means to potentially preserve or restore the brain and spinal cords’ nerve cells, specifically those responsible for producing dopamine.

Research of this nature is time-consuming and is yet to turn out results that show potentially new treatment options. A critical question remains unanswered – how does Parkinson’ begin? While research tackles the clues, using what is known about the disease, a cure is still a long way off. For now, medication in combination with various therapies and deep brain stimulation procedures appear to offer the best results, enhancing a Parkinson’s disease sufferer’s quality of life considerably.