How is scoliosis treated? 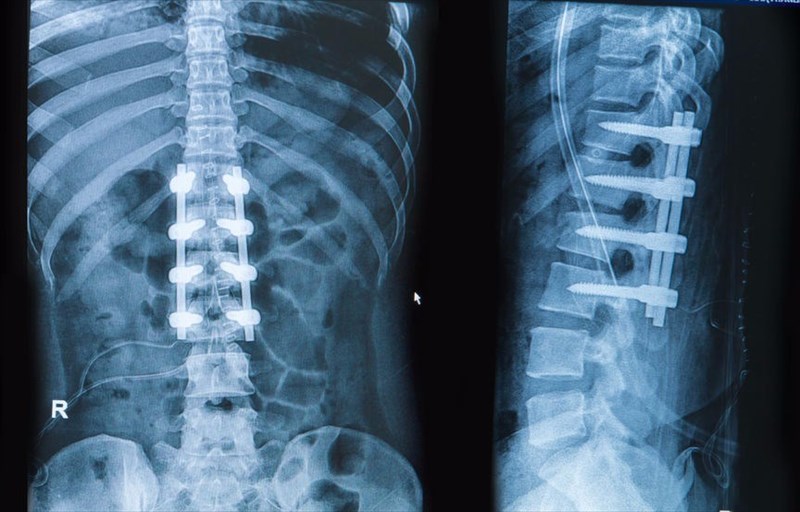 How is scoliosis treated?

The treatment options for scoliosis are often complex and each case requires a thorough analysis by a doctor or specialist. There are a number of options for treatment which include braces and several surgical procedures.

The majority of children who have scoliosis tend to have curves that are mild and will not require treatment through bracing or surgery. In these instances, routine check-ups every six months or so are necessary for a doctor to monitor curvature of the spine and whether this progresses or not. The primary treatment for mild scoliosis is observation.

In terms of moderate (25 to 70 degrees) to severe curves (more than 70 degrees)2, treatment commencement and options will depend on the affected individual. There are several factors that a doctor will consider in order to decide whether to treat the condition or wait and monitor it for signs of progression. These include:

Predicting the rate of curvature progression

In adolescents and children – Once an abnormal yet mild curvature of the spine has been detected, a doctor will predict whether the condition is likely to progress and become more serious and treat it accordingly.

Progression is purely based on the individual, making it a highly variable aspect and difficult to predict with precision. Three in every 100 adolescents have scoliosis that is severe enough to require at least observation by a doctor2.

Doctors are unable to rely on a definitive risk factor to determine the rate of progression. There is some evidence that suggests that the below-mentioned risk factors can help in determining one’s risk factors:

Curvatures tend to progress at a slower rate in girls who have scoliosis of the lower back and if the spine is out of balance by more than 2.5 centimetres (1 inch)2.

Height also has a role to play. If a girl is shorter than the average height of other girls her age and scoliosis is present in the lower back with an angle of 25 to 35 degrees, she may have little to no risk of progression.

In adults – Some cases of scoliosis that remained undetected or went untreated in youth may develop further and progress into adulthood. The following describes the factors of spinal curvatures in adults and their potential risk of progression:

Doctors do not usually prescribe braces for adults with scoliosis due to the fact that this form of treatment is unable to improve the disorder once skeletal maturity is reached. In certain cases, if an adult patient suffers from severe pain, some doctors may recommend a brace as they believe it may able to reduce spinal motion and provide the necessary support to help alleviate pain.

Wearing a brace will not cure scoliosis, nor will it reverse the curvature but it may be able to reduce the rate at which the curve progresses.

The most commonly used braces are made of plastic and contoured to fit the body and conform to it. A brace that is close-fitting around the rib cage, hips, lower back and under the arms can be nearly invisible when worn under clothing.

Generally, there are two different options for scoliosis braces, these include:

Braces will be discontinued once a child’s bones stop growing, this will typically occur:

When choosing between full-time braces and braces worn during the night, a doctor will look at the location of the spinal curves and what a child prefers. In some cases, night-time braces may be more effective due to the majority of patients being more likely to wear them as this is often more practical and easier to adhere to and helps the sufferer to avoid any associated self-consciousness.  Some experts have noted that full-time bracing is more effective, however, this form of bracing is not always as easily accepted among patients.

Other nonsurgical options (these are largely unproven)

The other scoliosis treatments that do not involve surgery may include5:

Some people claim that treatments like manual manipulation and physical therapy are able to prevent scoliosis from progressing, however, the scientific evidence to back these beliefs is lacking, therefore, these claims cannot be supported. Currently, bracing is the only form of nonsurgical treatment that has proven to reduce spinal curves associated with idiopathic scoliosis from naturally progressing.

This is not to say that these techniques are not helpful to sufferers, however, they cannot stop scoliosis progression.

Some doctors believe that exercise is beneficial to those suffering from scoliosis as it may aid in keeping the back flexible and strong.

In some cases of idiopathic scoliosis, spinal curvature may continue to progress regardless of bracing. Should curvature progress beyond 40 to 50 degrees, surgery might be recommended by a doctor.

A number of adults with scoliosis will not have specific symptoms and will not require any surgical treatment. Because of this, the below section is aimed at children with scoliosis.

The goals of surgery for scoliosis

The surgery for scoliosis will typically have the below-mentioned goals:

Before making adjustments to the spine, the surgeon will consider the effects these will have on a child’s spinal cord. The health of the spinal cord will need to be monitored throughout the scoliosis surgery. The spinal cord is the road for connecting information from the brain and the nervous system, and any injury or trauma to this can result in severe complications that will have an impact on daily life and physical activities.

Generally, there are three categories when it comes to surgery for scoliosis, these include:

There are a number of modern approaches to this surgery which involve instrumentation such as screws, hooks, rods or wires that are placed within the spine to allow for a more efficient curvature correction to be achieved as well as a faster recovery time.

The different methods of spinal fusion include:

Spinal fusion is a major surgery and tends to last several hours. One of the main advantages of having spinal surgery is that it has a long-term record of efficacy and safety in the treatment of scoliosis. The drawback of spinal surgery is that a child is exposed to post-surgical risks such as infection and may lose mobility and have their twisting and bending capabilities limited. However, with today’s medical advances, surgeons are able to fuse fewer vertebrae together and thus greater mobility can be retained in comparison to surgeries conducted in the past.

Bear in mind, this approach is still a new one and requires additional research and findings in order for the benefits and safety aspects to be explored in more detail.

In the case of adolescents or young adults, spinal fusion remains the preferred scoliosis surgery recommendation.

The below-mentioned criteria are generally used in determining whether a person affected by scoliosis should receive a brace, surgery or conservative treatments2:

Bear in mind, that the choice between these options is not always straightforward and some specific cases will need to be further investigated in order to identify the most effective treatment options.

What types of specialists treat scoliosis?

A general practitioner or paediatric physician will typically notice any spinal issues initially, after which, he or she will consult with an orthopaedic surgeon or a neurosurgeon who specialises in spinal surgery. In addition to these specialists, a rehabilitation expert or a physical therapist may also be consulted.

PREVIOUS How is scoliosis diagnosed?
NEXT What is the prognosis for scoliosis?
Back to top
Find this interesting? Share it!