What are the symptoms, risk factors and complications of scoliosis? 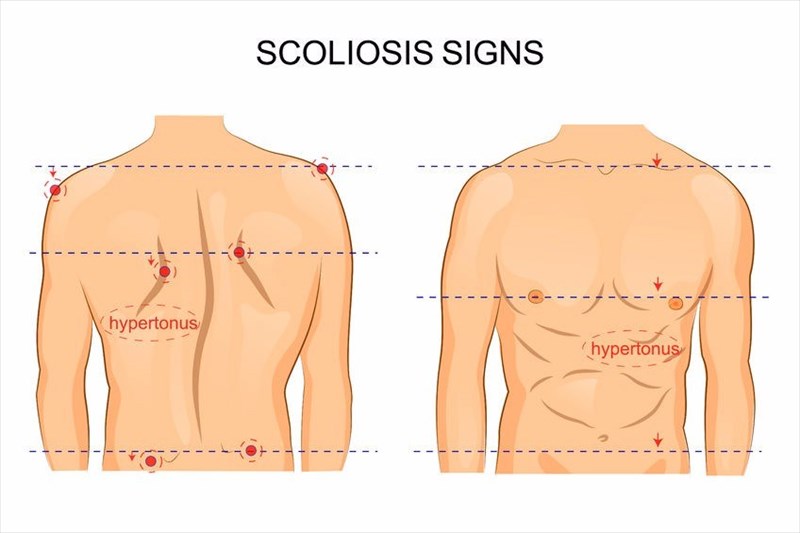 What are the symptoms, risk factors and complications of scoliosis?

What are the symptoms of scoliosis?

The most commonly seen symptoms of scoliosis include4:

Leg pain, back pain, as well as changes in bladder and bowel movements and habits are not typically associated with idiopathic scoliosis. If these symptoms occur, then immediate evaluation by a doctor is necessary as the condition may be more severe than initially suspected.

The symptoms associated with scoliosis may often be mistaken for other spinal deformities or diseases and may also be a result of an infection or injury. It is best to always consult a doctor or specialist for an accurate diagnosis and treatment.

When to take a child to the doctor

It is advised that an appointment be made to see a doctor if a child has any of the symptoms of scoliosis. Bear in mind, a mild curvature of the spine may develop without one noticing as this tends to appear gradually and does not result in any pain. In some cases, a teacher, family member or friend may notice a child’s scoliosis before the parent does.

What are risk factors for scoliosis?

Risk factors that have been identified with the most common type of scoliosis (idiopathic scoliosis) include:

What are the complications of scoliosis?

The majority of people with scoliosis have a mild form of the condition with relatively few adverse effects, however, in some cases, the condition may lead to certain complications, these may include:

What effect does scoliosis have on the bones?

Scoliosis has been linked to osteopenia. This is a condition that is marked by a loss of bone mass that results in bone density being lower than normal, but not so low that the sufferer is diagnosed with osteoporosis. Adolescent girls who from scoliosis may also be diagnosed with osteopenia. Some doctors recommend that a bone density test be conducted if one has scoliosis. Determining the degree of bone loss may help to predict the severity of spinal curvature progression.

If osteopenia is left untreated, it may progress and develop into osteoporosis. Osteoporosis is a condition that affects the density of the bones and results in more severe loss of bone, eventually causing brittle bones that fracture easily. The disease is commonly seen in postmenopausal women. Adolescents with scoliosis have an increased risk of developing osteoporosis later in their life.

PREVIOUS What are the types and causes scoliosis?
NEXT How is scoliosis diagnosed?
Back to top
Find this interesting? Share it!