What is the prognosis for scoliosis? 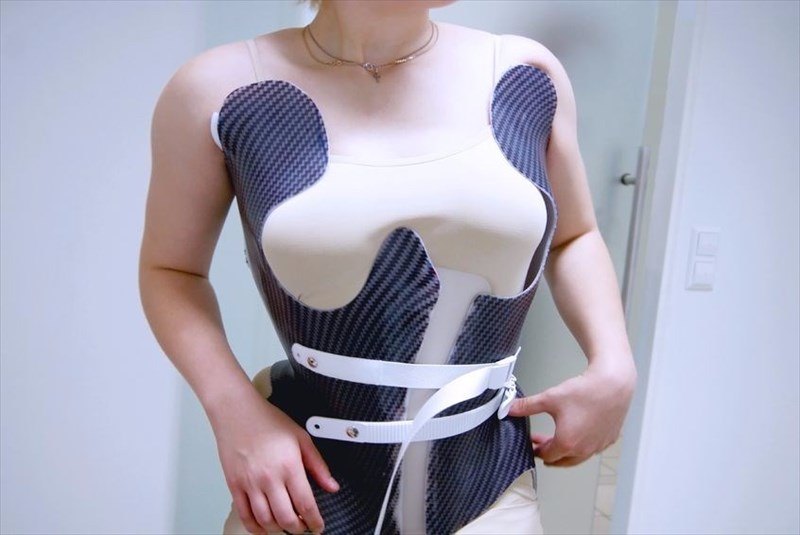 What is the prognosis for scoliosis?

The earlier scoliosis is diagnosed, the better as this helps to maximise patient outcomes with effective treatment that can slow or prevent the progression of spinal curvature. As such, some schools have implemented screening programs to help in identifying scoliosis cases during the initial stages of the condition. This enables sufferers to seek early treatment through either observation or in severe cases, through surgery.

The rule of thumb regarding scoliosis is that as the degree of curvature increases, the worse the prognosis becomes.

Mild scoliosis may result in little to no issues while moderate cases may cause chronic pain and limited range of motion.

If scoliosis is left untreated and progresses, the condition may lead to a severe spinal deformity that is often painful and renders the sufferer unable to walk normally or work physically.

In severe cases of structural sclerosis, where curvature exceeds 70 degrees, rotation of the spine may result in the ribs pressing against the heart and/or lungs, restricting breathing, lowering oxygen levels in the body and causing life threatening changes to the heart.

In cases where curvature exceeds 100 degrees, sufferers are highly susceptible to infections of the lungs such a pneumonia, while heart and lung injuries may result from the structural pressure of the bones placed on them. Mortality rates as a result are, however, not common in developed countries.

Thanks to new advances in scoliosis surgery, there are now less invasive surgical options available that result in shorter recovery periods and less pain as well as favourable long term outcomes. In fact, teenagers who undergo spinal fusions using modern surgical techniques have very promising results a decade after surgery without damage to the spine below the fused discs as was originally anticipated by experts.

The usual complications associated with surgery such as pain and infection may still occur. Recovery time after surgery will depend on the specific surgery performed as some procedures might require an extended stay in hospital, after which the patient may need to stay in a rehabilitation facility for a few weeks. Other patients may recover relatively quickly and have no need for rehabilitation. There are also techniques that are still being researched and developed that will one day allow for more effective treatment and recovery.

Pregnancy and reproductive prognosis for those with scoliosis

Scoliosis in women that has been successfully treated will lead to few, if any, complications during pregnancy and while giving birth.  There is no risk of spinal curve progression in an expectant mother due to pregnancy and no risk is imposed on a developing foetus. There is, however, a higher risk of lower back pain in pregnant women with scoliosis.

Those with severe forms of the condition that affects the lungs will have to be under the regular care of a medical doctor and will be closely monitored for any signs of complications that could be of risk to them or their unborn child.

A number of people with mild to moderate scoliosis lead healthy and productive lives with a life expectancy that is relatively normal.

The following information explains scoliosis and its effect on life expectancy:

Is scoliosis a deadly condition?

The majority of cases of scoliosis are not deadly. However, there are a number of factors related to the condition that may play a role in life expectancy, these include:

PREVIOUS How is scoliosis treated?
NEXT FAQs about scoliosis
Back to top
Find this interesting? Share it!