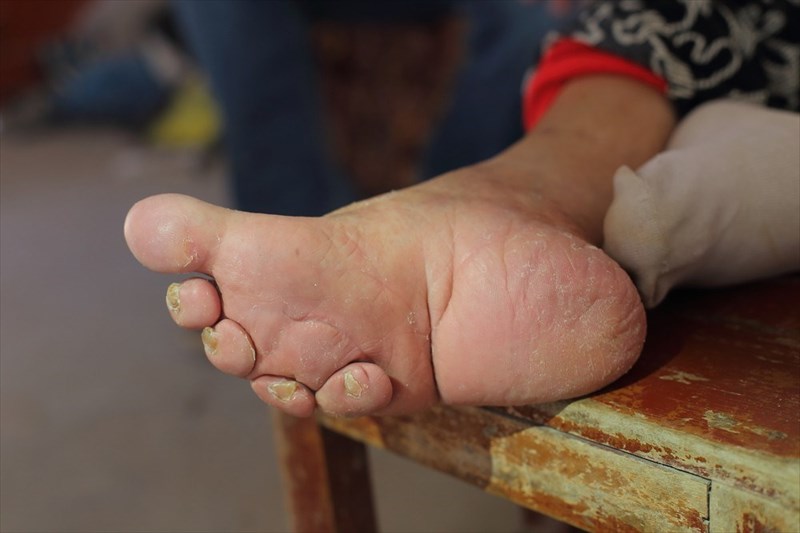 Foot binding is a body modification practice that is deeply rooted in China’s ancient history and culture as women attempted to achieve a culturally inspired idea of beauty through this practice. It is believed to have originated in China during the later years of the Tang Dynasty, which was in power between 618 and 907 and was finally banned during the Revolution of Sun Yat Sen in the year 19111. Experts believe that as many as one to four billion Chinese women had their feet bound during the tenth and twentieth centuries.

Foot binding was a lengthy and painful process that began in childhood with the systematic breaking and binding of the feet to achieve a hoof-shaped form which resulted in significantly smaller feet amongst the women who partook in the practice. These women would then showcase their tiny feet by wearing elaborate and beautiful shoes in an attempt to adhere to the standards of beauty that were expected of them with the hope of attracting a suitable suitor to bring honour to their family name.

The practice severely affected a woman’s ability to walk. As such, it was often associated with one’s status, as only women whose families could afford to support them financially could undergo the practice as they did not need to work and be on their feet for long periods.

Modern society may find it difficult to understand enduring such a painful process to achieve a standard of beauty, however, the reasons for foot binding go deeper than the surface levels of perceived beauty. Having one’s feet bound reflected the significant role of a Chinese woman within her culture and society and was considered a direct link to her moral values and obligations as a potential wife and mother. It was vitally necessary for a woman to bind her feet to ensure she would marry well and have a moral and respected life2.

2. The University of Tennessee. 2005. Bound to be Beautiful.  Available: https://mcclungmuseum.utk.edu/exhibits/bound-to-be-beautiful-foot-binding-in-ancient-china/ [Accessed 24. 04. 2018]

NEXT The history behind foot binding in China
Back to top
Find this interesting? Share it!