What determines your eye colour? 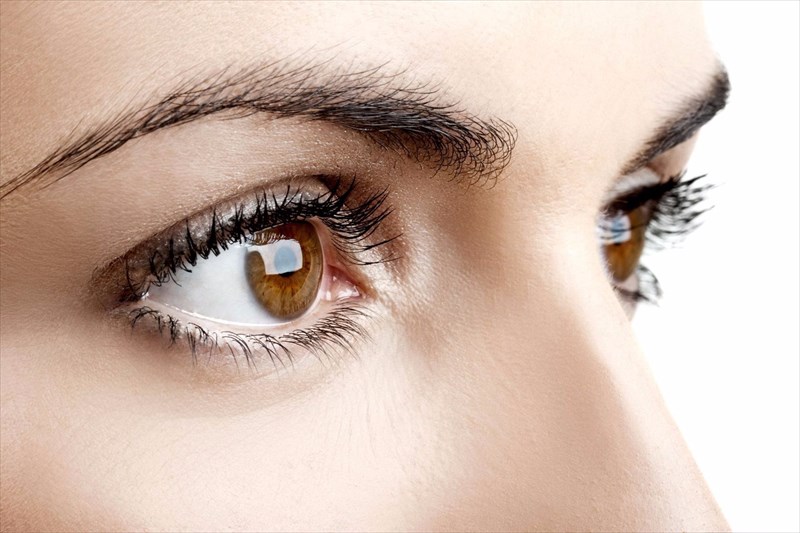 Eye colour – where does it come from?

Eye colour (or colour of the iris) is not as predictable as one might think, even though it is inherited from the genes of biological parents. Eye colour has a lot to do with genetic material shared with parents, but is not necessarily the predictable blend one might expect. It’s not like mixing paint colours. The inheritance pattern is a little more complicated than that when it comes to colour (pigment).

The inheritance process of genetic traits, in general, is a fairly complex one. Two brown-eyed parents may produce blue-eyed offspring, but a pair of blue-eyed parents are less likely to have darker-eyed babies. Simply put, blue-eyed genetic traits are less dominant than darker ones, and were previously termed ‘recessive’. Less dominant blue-eyed traits can be passed along by brown-eyed individuals, however, until such time as the lighter colour matches up, many generations later. A parental mix of brown and blue also doesn’t necessarily produce a brown-eyed child (with brown being the more dominant trait).

New parents can get quite excited in the lead up to the day a baby is born. What will he or she look like? Will the baby have her eyes and his nose? Will he or she have dark or light hair? What colour will the eyes be? Will the colour be solid or a combination?

The majority of babies born are expected to have blue eyes, with some darkening within their first 3 years of life. Darkening usually occurs if a brown pigment, known as melanin, develops with age (usually not present at birth). It is possible for a new-born to have a completely different eye colour to those of his or her parents.

It is also possible for babies to be born with irises that are mismatched. This may be as a result of an impaired transport of developmental pigment, a possible trauma having occurred in the womb during birth or even a benign genetic condition that has developed during pregnancy.

Mismatched irises could also be as a result of a freckle of the iris (diffuse nevus), the development of inflammation, or the occurrence of a disrupted nerve pathway on one side of the brain affecting the eye such as Horner’s syndrome.

NEXT How do genes determine eye colour?
Back to top
Find this interesting? Share it!

Diabetes (diabetes mellitus) is a long-term disease that requires daily management and care. Learn how this group of metabolic health conditions affects the body here...

If you are a nature-lover and enjoy spending time outdoors, then it is good to know about the risks of Lyme Disease, being an infection caused by a tick bite. Read all about it here.

When the eyes develop a clouded, opaque look, it may be that cataracts have developed. What are they and how are they best treated?

The biggest flags for jaundice are a yellowing of the skin and the whites of the eyes. Here's what to know...