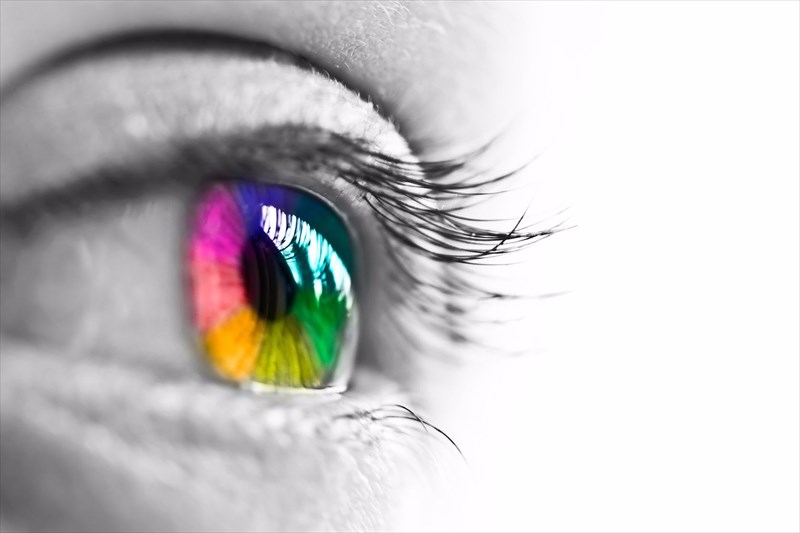 Melanin production generally does not begin at birth. This is one reason why many babies born to Caucasian people have blue or blue-grey eyes. Once melanin production starts, a baby’s eyes may darken within the first few years, and the colour could change to become darker blue, green, hazel or shades of brown. Some babies are born with brown eyes and this colour doesn’t typically change over time. Usually by the age of 3, a permanent colour settles, which a person will likely have for the remainder of their life.

Eye colour, however, can appear to change for various reasons thereafter. Subtle changes can occur which alters colour a little. Sometimes, different lighting can have an effect on the colour of a person’s eyes. The reason a person’s eye colour may appear to change in different lighting is due to the pigment contained in each of the two layers in the iris. The front layer, in a person with blue or green eyes, for example, may have very little to no melanin at all. With diffraction of light and enough melanin in the other layer, a person’s eyes can appear as different colours in certain lighting conditions.

Other factors which influence eye colour during a person’s lifetime include:

When should you be concerned about eye colour changes?

Not every colour change is part of a normal functioning process. There are some instances where colour changes will need to be assessed / monitored by a medical doctor.

Abnormal changes could be a result of one of the following:

PREVIOUS How do genes determine eye colour?
NEXT Which eye colour occurs the most?
Back to top
Find this interesting? Share it!