Understanding the different types of alopecia

While alopecia areata is most commonly associated with the general term 'alopecia' in the media, it is not the only or even the most prevalent cause of hair loss. 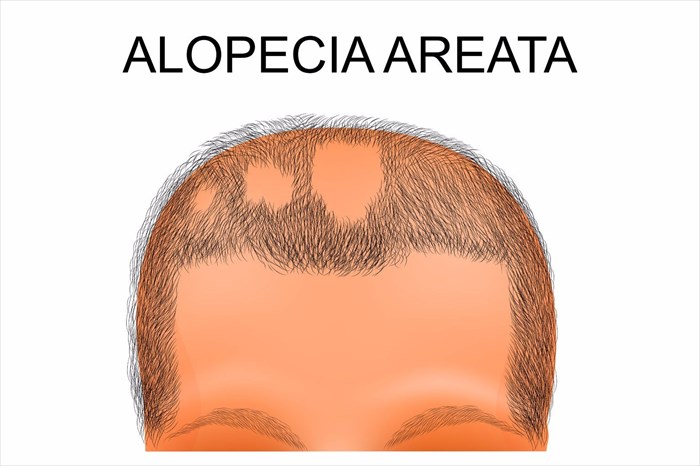 Hair loss as it affects different parts of the body, the degree of severity or the associated cause mean that there are different types of alopecia that have been identified by those in the medical profession. These include:

A sub-type of alopecia areata, alopecia barbae affects a small percentage of males, and is so named as it is only localised to the beard and does not affect other portions of the body. Hair loss may result in a single bald patch or occur more extensively affecting the entire beard area. 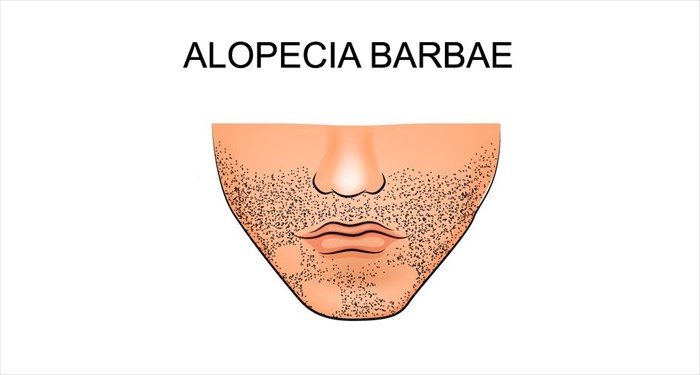 Progressive thinning of the hair (almost to a transparent state) characterises this type of alopecia – which is also known as 'pattern baldness' and more specifically male pattern baldness or female pattern baldness, depending on the gender of the affected individual. This type of alopecia is generally believed to be a predominantly hereditary form of hair loss with hormonal influences – namely the dihydrotestosterone hormone / DHT - a derivative of the male hormone, testosterone, which along with an enzyme in the follicle’s oil glands, induces an abnormal change in hair follicles by making them smaller. DHT does this by binding to receptors in the follicle and shrinking them, making hair thinner, and also resulting in slower than normal growth. Hair thinning due to the shrinkage of hair follicles eventually stops the production of new hair completely.

The global incidence of this condition appears to vary based on ethnicity, but it is also the most common type of hair loss in Caucasian groups, followed by Asians, and those of African and African American descent. It is believed to affect approximately 50% of men and possibly as many women by the age of 40 and the rate of incidence increases with age in both sexes. The incidence of this condition does, however, increase in women after menopause.

In males the pattern of hair loss (thinning or miniaturisation) typically starts with a receding hairline, with hair being lost from the front / top of the head. In females, the pattern begins with thinning of hair at the crown (referred to as diffuse thinning), with the front hairline remaining (in most cases). It is very rare for a woman to experience total hair loss with this type of alopecia. The condition in women is commonly linked to ovarian cysts, pregnancy and menopause hormonal fluctuations, as well as taking high androgen index birth control pills (oral contraceptives).

Hair follicles in both men and women are often permanently damaged with this type of alopecia and thus do not produce new growth in balding areas. Treatment options are similar to that of alopecia areata.

Rare disorders that destroy hair follicles characterise these types of hair loss conditions. Whereas the non-scarring forms of alopecia cause hair loss, but hair follicles are not permanently damaged, and hair may regrow, in cicatricial alopecia, inflammation of the upper portion of hair follicles (where the stem cells and sebaceous glands are situated) destroys the hair follicles. These are then replaced by scar tissue (*MyMed Memo: this is not a scar on the scalp surface but rather beneath the surface in the hair follicle), causing permanent follicular damage and hair loss.

Some may not experience noticeable symptoms along with hair loss, while others experience itching, burning or pain. Scarring forms of alopecia are generally progressive, with damaged hair follicles taking place over a long period of time, affecting both men and women, and rarely children. Frontal fibrosing alopecia and lichen planopilaris are the most common types of scarring alopecia. A doctor will need to perform a thorough evaluation in order to determine whether or not the treatment options available are likely to achieve results.

Excessive pulling and tension on the hair shaft, largely due to styling (tight ponytails, braids, cornrows and buns and especially when chemical treatments and heat are applied) characterise this type of alopecia. Loss of hair varies according to the way or direction that hair is generally pulled. New hair follicles may stop developing entirely if the excessive styling that is causing the problem continues long-term, and can thus result in permanent loss.

This type of hair loss refers to the sudden shedding that takes place during the anagen growth stage (due to an impairment of the cellular-level metabolic / mitotic activity, causing a tapered fracture of breakage of the hair shaft). Shedding takes place predominantly on the scalp, but all other bodily hair may also be affected.

Chemicals used in the treatment of cancer (chemotherapy, radiation and medications) as well as heavy metal intoxication, and certain illnesses (such as discoid lupus erythematosus and pemphigus, a rare skin disorder) can result in this type of hair loss.

Initially loss of hair may be patchy, often progressing to total hair loss thereafter. Once these chemicals are no longer used, toxin exposure is eliminated, or the underlying illness treated, hair typically grows, often within 3 to 6-months as no permanent damage to the hair follicles occurs.

On average, about 10% of a healthy person’s hair is in the telogen phase (i.e. is thinning out) at a given time. When a higher than normal percentage of hair shedding (up to 30%) occurs suddenly, this condition may be diagnosed. This type of hair loss (causing a considerable reduction of volume) is usually temporary and regrowth takes place over the short-term (within 3 to 6 months when the regrowth / anagen phase takes place again). Although chronic forms of this condition with more a more gradual onset and longer lasting effects also exist.

Taking new medication, hormonal fluctuations, childbirth, an illness (such as a severe infection), malnutrition or trauma (such as bereavement), and sudden weight loss can all contribute to causing this type of hair loss, although an exact reason may never be determined.

PREVIOUS Alopecia areata patterns
NEXT Signs and symptoms of alopecia areata related hair loss
Back to top
Find this interesting? Share it!