What research is being done to potentially cure alopecia? 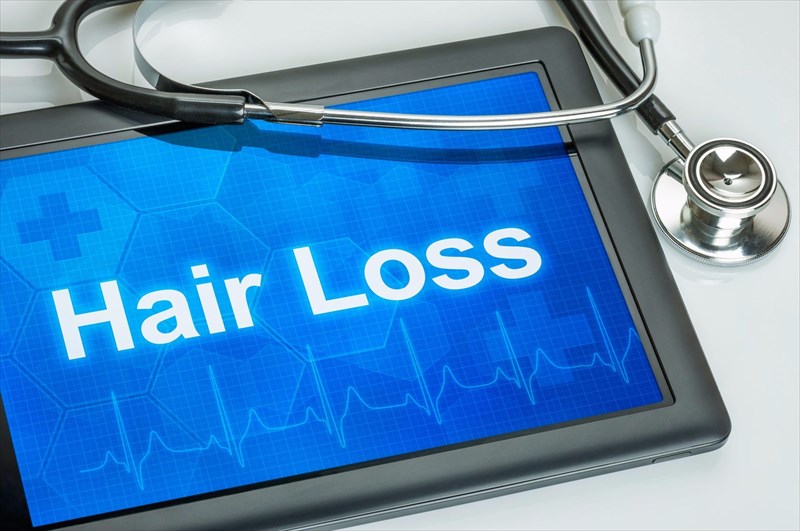 Although there are treatment measures currently being used for a variety of hair loss conditions, including alopecia and its variations, there are considerable gaps in the understanding of underlying causes and the progressive patterns of these diseases.

Autoimmune conditions and their inflammatory indicators

In research, alopecia areata has been associated with the likes of vitiligo, an autoimmune skin condition. This condition is characterised by an immune response which sees the abnormal ‘attack’ of melanin-producing cells, resulting in the development of pale / white skin patches. Researchers made the association when it was noted that the two autoimmune diseases may share a similar manner of condition development (pathogenesis), as well as comparable types of cytokines (cell signalling molecules) and immune cells which drive each disorder. This pair of conditions thus appear to share common genetic risk factors too.

This is important as research developments for either condition will need to take the other into consideration, as treatment or preventative measures developed for one may have consequences on the other.

Key in the area of research when it comes to alopecia areata (and various other disorders, including vitiligo and eczema), is that which has been, and is currently being done around JAK (Janus kinase – a family of enzymes) inhibitors.

It is known that dominant inflammatory signalling pathways (interferon pathway for alopecia areata) and specific immune cells have a direct association in the destruction process (i.e. ‘attacking of hair follicles’), resulting in the cycle disruption of hair follicles. Through research, it has been seen that JAK inhibitors block inflammatory signalling and thus reawaken inactive / dormant follicles (especially when applied directly to the skin).

JAK inhibitors are thus, of particular interest to dermatologists as a potentially emerging treatment option for alopecia areata, as well as vitiligo and eczema.

JAK inhibitors are, however, not new to the medical field. About 5 years ago two were FDA approved for the treatment of bone marrow disorders and malignancies, and rheumatoid arthritis / RA (tofacitinib / Xelianz and ruxolitinib / Jakafi). Neither drug has been approved for use in the field of dermatology, however. Many of those who specialise in this area of expertise feel there may be great potential that they could be, and soon (within the next 2 to 3 years).

Bone marrow disorders and RA both show dysregulated signalling pathways, which are similar to those of alopecia areata. The common similarities in all three diseases, even though each are very different, prompted researchers at the Columbia University Medical Center (CUMC) to test JAK inhibitors and assess the results.

These researchers signed up 12 participants with classified moderate to severe alopecia (i.e. at least 30% hair loss or more). Each were given ruxolitinib, twice daily, for a period of between 3 and 6 months. After 3 months, a follow-up to assess treatment responses was requested. Nine of the participants (75%) experienced a least 50% more hair growth after 3 months. A follow-up at the 6-month mark saw 77% of participants responding well, achieving a 95% regrowth success rate. The catch was that, at least a third of the total participants went on to experience hair loss once again, but it was observed that this was not as severe as before.

Another retrospective study focussed on severe alopecia in adolescents, also treated test subjects with tofacitinib. Results (using the median change in Severity of Alopecia Tool / SALT score) saw a 93% success rate in 9 of the 13 participants after 6.5 months of treatment.

In both, the drug appeared to be well tolerated with virtually no serious side-effects. The general side-effects included bouts of acne and unwanted weight gain. Although some success was achieved and this is reason enough to be encouraging, not all participants responded alike, prompting further testing and research.

The potential use of these drugs for the treatment of dermatologic conditions (particularly inflammatory skin diseases), like alopecia, eczema and vitiligo is being seriously considered for possible large clinical trials. Both drugs have thus far achieved parallel successes, with initial research findings favouring possible use of tofacitinib and ruxolitinib for the treatment of alopecia areata.

Research is yet to determine better safety information with the use of JAK inhibitors, but dermatologists are optimistic that if any FDA approval takes place, it may likely be for eczema first (within the next 3 years) and then potentially for alopecia within the next 5 or 6 years.

Research has not yet found clarity in determining if vitiligo can be reversed in full using these drugs, and as such, this requires more extensive research. For all conditions, including alopecia areata, JAK inhibitors do show promise and for those in the field of treating these conditions, which is highly encouraging.

On the cards is a clinical trial to be conducted by Concert Pharmaceuticals, Inc. (based in Lexington, Massachusetts, USA). This biopharmaceutical company is preparing to evaluate CTP-543 (a JAK inhibitor which has thus far been well tolerated in previous testing) in a phase 2a clinical trial, specifically for alopecia areata. Two doses (twice daily) of CTP-543 (given orally), or a placebo, over a 24-week period will be given to participants, and is expected to be completed with final results sometime in the second half of 2018.

The trial has been designed as double-blind, randomised and placebo-controlled experiment (the gold standard of clinical trials), and will focus on efficacy and safety of the drug in 90 adults with moderate to severe hair loss (alopecia) conditions. The team will measure the outcome using the SALT tool after the initial 24-week period, and potentially explore the administering of higher doses thereafter based on result findings.

PREVIOUS Coping with alopecia areata (hair loss)
Back to top
Find this interesting? Share it!