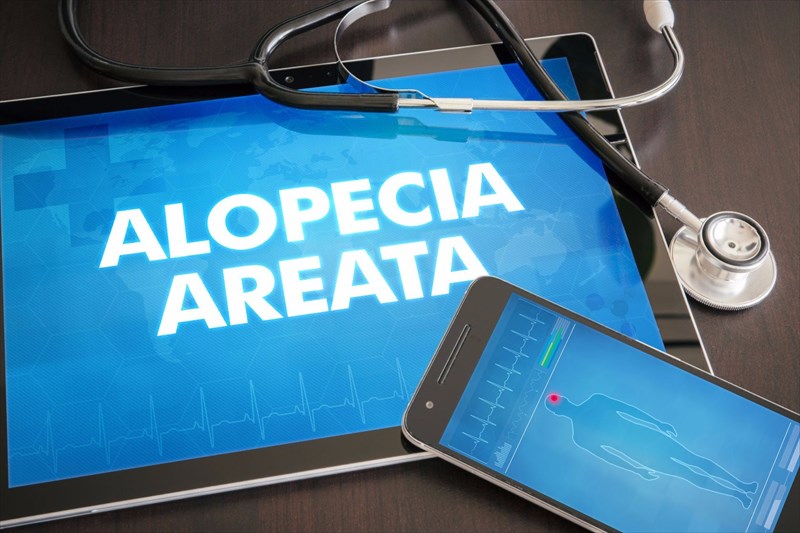 What is alopecia areata? 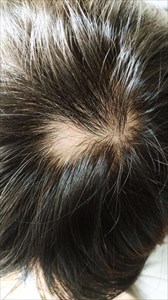 Non-scarring hair loss, known as alopecia areata (pronounced al-o-pee-she-uh ar-e-a-tuh), is often a traumatic and stressful experience for those affected by this condition. It is thought to be an acquired autoimmune skin disease that affects hair-bearing skin (commonly the scalp, bearded portion of the face and eyebrows). Hair loss is typically localised and may occasionally be associated with underlying medical health disorders. Hormonal changes are thought to play a role, as well as the use of certain medications.

Most medical professionals agree that there appears to be a significant genetic link, whereby non-scarring hair loss is an inheritable condition. Hair loss due to alopecia areata can occur at any age, and some congenital cases have been reported although this is rare and the condition is seldom seen in individuals before the age of 3. It is most common in those below the age of 30, with nearly half experiencing hair loss before turning 21 (particularly in the 15-29 age group) (1) and affects both men and women.

Considered an autoimmune condition, a person’s immune system abnormally ‘attacks’ hair follicles in hair-bearing skin (as it mistakes these hair growth cells for harmful invaders), resulting in inflammation. The result of this is sudden hair loss in the affected areas (characterised as asymmetric areas of balding).

Hair typically falls out in small patches, and for most individuals, occurs in just a single patch at a time (although multiple patches of hair loss are also experienced by some). In many instances of alopecia areata, bald patches spontaneously regrow hair as damage to the hair follicles is not usually permanent. Hair may however, not always grow back. It is also possible that hair which does regrow, falls out again. How much hair falls out, and that which regrows does tend to vary from person to person.

The most common hair loss pattern is normally one of a well-defined patch (or patches) being visible somewhere on the scalp. A pattern of hair loss that occurs all over the scalp is typically referred to as diffuse alopecia areata (generalised hair loss). Some may experience hair loss that affects the entire scalp area, this is known as alopecia totalis. In rare instances, the entire body may experience hair loss, this is known as alopecia universalis.

At present, there is no cure for alopecia areata, but a variety of available treatments can help with the quicker restoration of hair growth, as well as reducing the risk of further hair loss.

NEXT Hair and its stages of growth
Back to top
Find this interesting? Share it!

Did you know? There are more than 100 different variations of arthritis and associated conditions. We take a look at the more common signs and types of arthritis, as well as how to treat it...

Milky white patches are a typical indication of vitiligo, a skin condition that develops as a result of epidermal melanocyte loss. How does this loss of pigment in the skin occur and what can be done?

Diabetes (diabetes mellitus) is a long-term disease that requires daily management and care.Learn more about the types, symptoms and treatment procedures here...

The thyroid is a butterfly-shaped gland that functions as an important regulator in the endocrine system. Learn more about the thyroid here...

Lupus is a chronic autoimmune disease which causes inflammation throughout the body. Here's how to recognise the signs and symptoms...