What is Candida die-off? 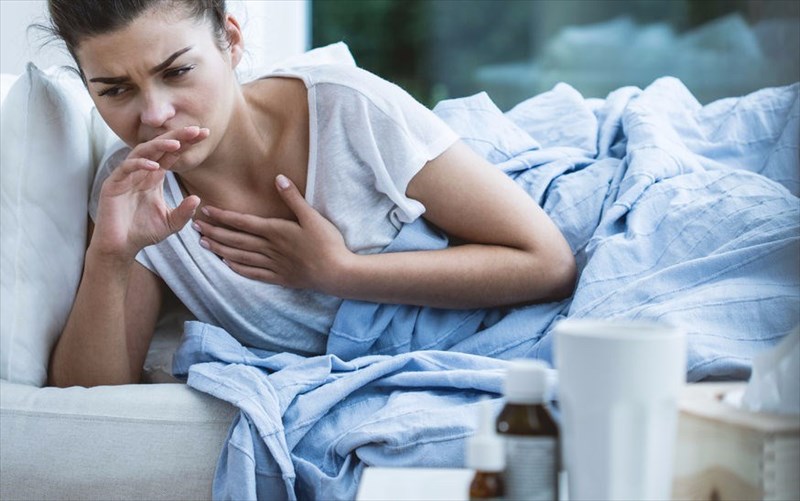 The Herxheimer reaction is an immune system response to the recovery and detoxification process known as the immune cascade23. It was first noted during the 15th century in patients who were undergoing treatment for acute infections such as syphilis and were receiving mercury treatment (which is a weak antibiotic).

Since then, the Herxheimer reaction has been noted during the treatment of other infections caused by spiral bacteria. These include tick and louse borne relapsing fever and Lyme disease24. The reaction usually occurs a few hours after antibiotics are given and symptoms include headaches, fever, fatigue and low blood pressure. It is essentially a short-term response, that takes place over a few days to a couple of weeks, as the body detoxifies.

Anecdotal evidence suggests that the elimination of yeast from a person’s diet or undergoing a 'Candida Cleanse' or diet may cause candida die-off that leads to the symptoms described above. There is, however, no strong scientific data to support this theory.

What to expect during candida die-off

While candida die-off may occur after the successful treatment of candidiasis, most people aren’t aware of this fact. This often leads to confusion and anxiety as sufferers expect symptom improvement and to feel better during and following treatment. Instead they end up feeling worse, which may result in the premature abandonment of successful treatment.

As alarming as the sudden development or worsening of symptoms can be, the reaction is temporary and harmless and will usually run its course and resolve without causing further complications.

It is, however, important to note that not all worsening of candida symptoms is attributed to the Herxheimer reaction as a result of candida die off. If a candida infection has not been adequately treated, worsening symptoms may be a sign of infection progression. This is why working with a medical doctor to treat candida is advised.

When candida yeast cells die, they release a noxious (harmful) substance that contains roughly 79 different toxins.  When large numbers of these pathogenic (disease-causing) micro-organisms are killed off quickly, the cell death that occurs leads to a simultaneous release of toxins. This flood of endotoxins causes the kidneys and liver to work overtime to try and remove them, and intensifies the symptoms experienced by the sufferer.

Some of these toxins include:

The neurotoxin acetaldehyde has a wide range of detrimental effects on a person's health. It can kill brain cells and therefore impairs the functioning of the brain. The endocrine, respiratory and immune systems may all be affected. In addition, the red blood cells can also be damaged as their ability to transport oxygen through the body is hindered as the toxin attacks the membranes of the cells which can lead to symptoms such as fatigue and brain fog.

These toxins can also trigger allergic reactions which can lead to inflammation as the body’s ability to recognise non-threatening organisms is impaired, resulting in certain substances or foods being identified as antigens. The immune system will, in turn, create antibodies as a means of fighting off the invaders, which leads to inflammation and candida die-off symptoms.

The symptoms of Candida die off vary between individuals and each person will have their own unique degree of the symptoms depending on the severity of the candida infection as well as personal health status.

The symptoms of Herxing are often compared with the symptoms of seasonal allergies or the common cold, although they do tend to differ from person to person and can be more severe.

The by-products of the toxins involved will often cause inflammation which can lead to blocked sinuses and other sinus infections. As mentioned, toxins such as acetaldehyde can lead to headaches, brain fog, nausea and fatigue. The liver will also be working at maximum capacity to filter the toxins out of the body which can result in pain within the abdomen.

It is best to always keep a medical doctor informed on the progress of recovery.

The below is a list of the most common candida die off symptoms (i.e. the Herxheimer reaction):

Less common symptoms may include:

In addition to these symptoms, the pre-existing symptoms of the current candida infection may progress, this is known as the healing reaction. In addition, the symptoms caused by toxins can be exacerbated due to the body having to use more energy to replace the damaged cells and defective tissue that the toxins and candida have caused during the infection.

If, however, you experience the following after antifungal treatment, seek emergency medical care immediately as this may be a sign of an allergic reaction:

How long does candida die off last?

The exact amount of time a person will suffer from candida die off or ‘herxing’ is based on the severity of their infection and reaction to treatment. Some reactions resolve spontaneously within a few days and others take a little longer.

Once the treatment administered has effectively cleared the candida infection, symptoms generally resolve. Despite popular belief, candida die-off is not an ongoing issue. The only time the Herxheimer reaction may recur is if a new infection developed and was treated. As such, if you experience ongoing symptoms that are similar to those described, visit your doctor to determine whether something else is going on.

Can candida die off be prevented or treated?

To prevent the Herxheimer reaction, a doctor may suggest starting on a low dose of antifungal medications and probiotics and then slowly increasing it over time. Any symptoms that may arise will be treated accordingly, generally with over-the-counter medications.

If severe symptoms associated with Candida die off occur at any time during treatment, the treating doctor may suggest reducing the dosage again or stopping the medication completely and trying another one.

Tips for coping with Candida die-off

There are a few things other things that can be done to help ease candida die-off symptoms at home should they occur. These should, however, be discussed with and approved by your doctor.

Over-the-counter medications may be recommended to help alleviate the symptoms associated with the Herxheimer reaction caused by candida die off. These include:

Home remedies and supplement for candida die off symptoms

The following home remedies may also be considered when managing symptoms at home:

PREVIOUS Invasive candidiasis
NEXT Candida Diet and Outlook for the infection
Back to top
Find this interesting? Share it!