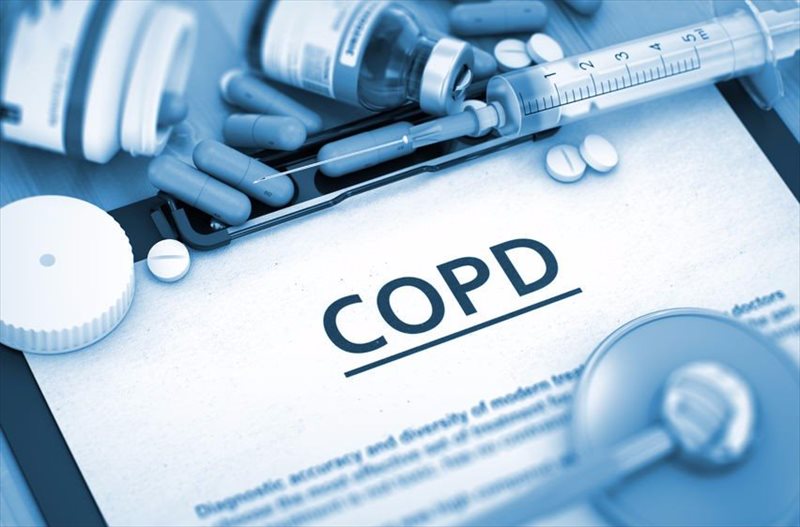 Chronic Obstructive Pulmonary Disease, also known as COPD, refers to a group of progressive lung conditions or diseases that take a long time to develop. Chronic bronchitis and emphysema fall within this group of conditions. Many diagnosed with COPD are also being treated for both of these conditions.

As COPD primarily affects the lungs, sufferers struggle to breathe. The condition typically develops as a result of smoking or prolonged exposure to chemical irritants or fumes.

Chronic bronchitis is a condition  wherein the lining of the bronchial tubes (airways that carry air to the lungs) become inflamed and produce excess mucus, causing a narrowing or blockage. Emphysema, on the other hand, is characterised by damaged air sacs (alveoli) that have lost their elasticity (normally air sacs are capable of stretching and inflating and deflating with breath). This means that a sufferer struggles with getting enough air in and out of the lungs, causing severe shortness of breath.

Once these types of conditions reach the stage of COPD, there’s very little you can do. Damage to the lungs cannot be reversed and the condition typically worsens over time.

Signs of COPD may initially be mild (coughing and shortness of breath), but progressively worsen where it becomes increasingly difficult to breathe. Flare-ups of severe symptoms are common as the disease reaches more advanced stages.

There is currently no cure for COPD and if left untreated, it can result in other respiratory infections, as well as the development of lung cancer and heart problems. Treatment will involve steps to curb the development of further damage and manage symptoms, as well as reduce the chance of complications. Treatment typically involves medications, oxygen therapy and even surgery. 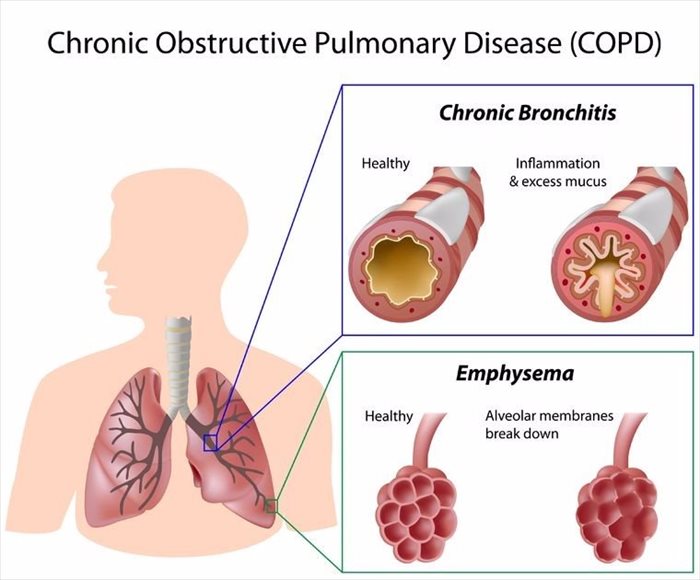 The vast majority of diagnosed COPD individuals are smokers or former smokers. As such, cigarette (tobacco) smoking is one of the main underlying causes for the development of this condition, as well as chronic bronchitis and emphysema. Cigar smoke, second-hand smoke and pipe smoke, as well as long-term exposure to chemicals and fumes (such as burning fuel for cooking and heating) affecting normal lung function are also contributing culprits to COPD.

Long-term exposure to dust and air pollution can also significantly impair lung function, making a person more susceptible to COPD. Conditions such as asthma can also place a person at greater risk.

Genetics can play a role whereby a deficiency in AAt / alpha-1-antitrypsin (a protein) can eventually cause deterioration of the lungs, and also affect normal liver function. AAt is produced in the liver and secreted into the bloodstream. This protein helps to protect the normal function of the lungs. As a cause, this is fairly rare.

The condition takes a long time to develop and typically sees individuals well into their middle age (40 years and older) being diagnosed. A person’s airways become severely irritated and the natural stretchy fibres in the lungs progressively become destroyed.

How do the lungs normally function?

When air is inhaled, it travels down the trachea (windpipe) and passes through the bronchi (two large tubes) into the lungs. The tubes are much like the branches of a tree and divide several times into smaller ones, known as bronchioles. These end in clusters of small alveoli (air sacs).

The air sacs contain tiny capillaries (blood vessels) within their walls. As we breathe (inhale), air passes into these capillaries and enters the bloodstream. The air sacs process out carbon dioxide (a waste product of metabolism) through exhaling (breathing out). 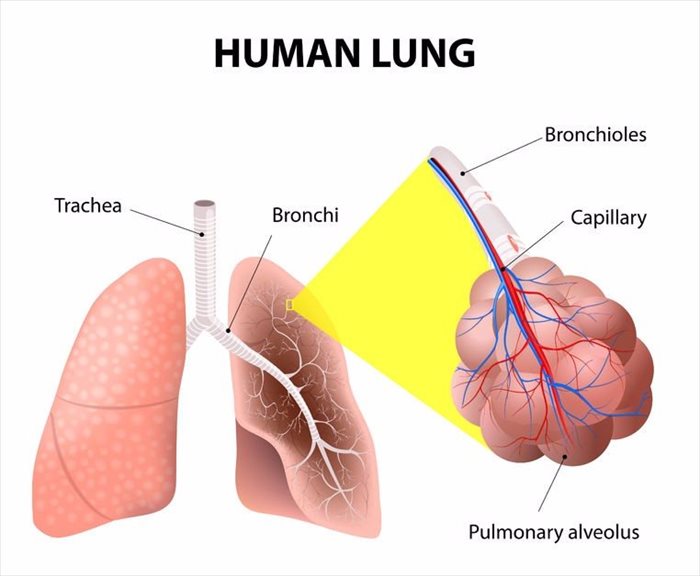 How does COPD affect the lungs?

The bronchial tubes and air sacs are naturally elastic and function in such a way that allows inflation and deflation as air is inhaled, processed and exhaled. COPD progressively destroys the natural flow of this function. Elasticity is lost and both the tubes and air sacs begin to over-expand. When this happens, air becomes trapped in the lungs, making it difficult for a person to breathe when they try to exhale.

NEXT What are the signs and symptoms of COPD?
Back to top
Find this interesting? Share it!

A heart attack can be a scary occurrence for you or someone you love. Take a look into the causes, treatment and symptoms for a heart attack here...

At the turn of a new season it’s not uncommon for the body’s immune system to weaken, causing a cold or flu, or a bout of bronchitis. Learn more here.

An asthma attack can be a terrifying experience for anyone suffering the condition. An inflammatory disease, asthma isn't curable, so what can you do?